Vogue’s August cover story features Gigi Hadid and Zayn Malik, the young celebrity couple of the moment, boldly making the claim they are part of a new generation that is “embracing gender fluidity.”

In the article “Gigi Hadid and Zayn Malik Are Part of a New Generation Embracing Gender Fluidity,” published online on July 13, Hadid and Malik swap stories about shopping in each other’s closets, with Malik quipping that he recently borrowed an Anna Sui shirt from his girlfriend as an example of his lax approach to gender norms.

“I like that shirt. And if it’s tight on me, so what? It doesn’t matter if it was made for a girl.”

“Totally. It’s not about gender,” Hadid explains. “It’s about, like, shapes. And what feels good on you that day. And anyway, it’s fun to experiment.”

The article then goes on to make macro-level statements about a very real cultural shift among millennials when it comes to thinking about gender.

“This is how you can tell a paradigm shift has taken place: when a fresh way of seeing a thing seems like common sense,” the article notes. “Once, the Earth was flat; then it was round ― at which point, of course it was. Likewise, for eighteen-year-old Anwar Hadid and many of his peers, gender is a more or less arbitrary distinction, a boundary that can be traversed at will. Maybe that leads you to call yourself agender or bigender or demiboy or mostly girl ― or maybe it just means that you and your significant other share a wardrobe. Either way, there’s a terrific opportunity for play.”

Unfortunately, where this piece misses the mark is this insular focus on celebrity and the fashion world, and a lack of critical analysis of what it actually means to be a gender fluid or gender-nonconforming person in our world today.

Hadid and Malik aren’t the first celebrities to align themselves with the gender fluid movement. Miley Cyrus and Jaden Smith have claimed the identity in the past, as well as “Orange Is The New Black” star Ruby Rose.

But what feels different about this specific article is the hyper-focus on clothing ― the idea that gender fluidity is rooted in fashion, and that wearing your girlfriend’s Anna Sui shirt or Hadid sporting a suit somehow aligns them with the day to day realities of gender fluid and gender-nonconforming individuals.

“For these millennials, at least, descriptives like boy or girl rank pretty low on the list of important qualities—and the way they dress reflects that,” Vogue contributor Maya Singer writes in the piece.

This is a common story being told about millennials in the media: They dislike labels. The boundaries between identity categories and ways of describing oneself are dissolving. Attachment to old ways of understanding or relating to each other are changing.

But is that all there really is to gender fluidity?

Gender extends beyond the clothing we wear and the way that we present ourselves aesthetically to the world. It’s a concept inherently tied to the most intimate parts of our human selves. For individuals who identify as gender fluid, gender-nonconforming, non-binary, gender creative or other similar identities, gender does not consist of either “male” or “female.” Many gender fluid people include aspects and approaches to both genders but also may understand gender in totally unique and complex ways ― or many reject gender all together.

While the fashion world over the past several years has certainly had a moment when it comes to embracing “genderless” fashion, and it is encouraging to see gender being interrogated in this medium, what is often lacking from the dialogue is the real, lived experience of being a gender-nonconforming or gender fluid person navigating our world.

Gender-nonconforming and transgender people experience violence at disproportionate rates from the rest of the LGBTQ community. They are subjected to verbal and physical harassment while walking down the street, suffer from higher rates of intimate partner violence and are killed over nontraditional gender presentation.

And while the suggestion that two celebrities on the cover of Vogue are helping to shepherd a new movement of fluidity among the younger generation may be noble in its intention, it erases the reality of how our society treats gender fluid and gender-nonconforming individuals outside of the fashion industry.

People are allowed to identify in whatever way they wish and Hadid and Malik are certainly welcome to claim gender fluidity. But doing so should be done with an understanding of the real, lived implications of what it means to be a gender fluid person in this world ― especially one without access to wealth, power and privilege and who will never find themselves gracing the cover of a magazine.

UPDATE: A Vogue spokeswoman sent the following statement to HuffPost on Friday, July 1: “The story was intended to highlight the impact the gender-fluid, non-binary communities have had on fashion and culture. We are very sorry the story did not correctly reflect that spirit – we missed the mark. We do look forward to continuing the conversation with greater sensitivity.” 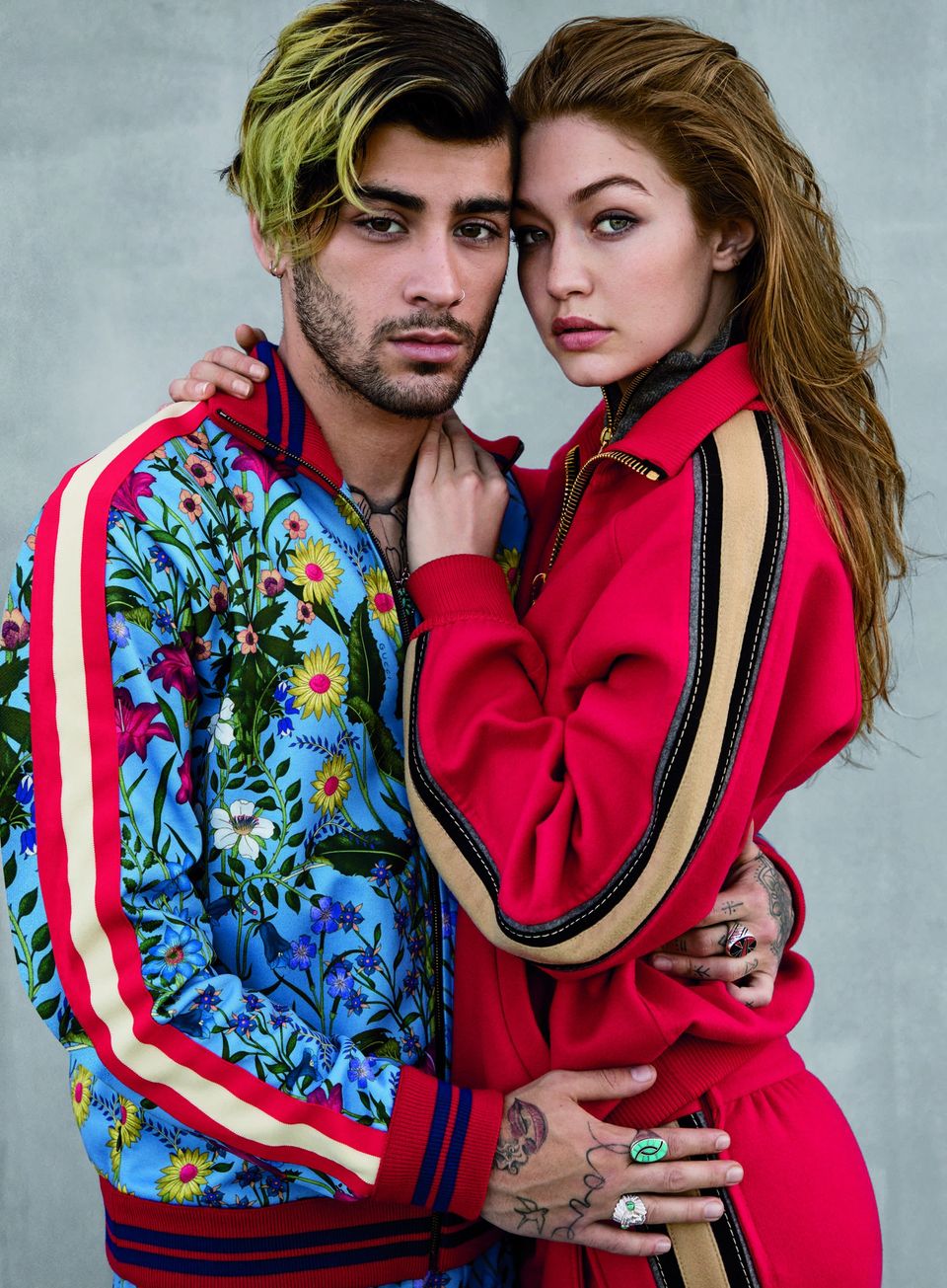