"We need to flatten entire neighborhoods in Gaza. Flatten all of Gaza," states Sharon in The Jerusalem Post.

The violence between Israel and Hamas this week has reportedly claimed the lives of 81 Palestinians, including 37 civilians, as well as 3 Israeli civilians. Current Israeli Prime Minister Benjamin Netanyahu has said that "the Israeli military is prepared to significantly expand the operation."

Sharon writes in his op-ed, entitled "A decisive conclusion is necessary," that "the residents of Gaza are not innocent, they elected Hamas. The Gazans aren’t hostages; they chose this freely, and must live with the consequences." After saying that Israel needs to "flatten all of Gaza," he goes on to say, "The Americans didn’t stop with Hiroshima – the Japanese weren’t surrendering fast enough, so they hit Nagasaki, too."

He concludes his defense of Israel's actions with a hawkish message:

There is no middle path here – either the Gazans and their infrastructure are made to pay the price, or we reoccupy the entire Gaza Strip. Otherwise there will be no decisive victory. And we’re running out of time – we must achieve victory quickly. The Netanyahu government is on a short international leash. Soon the pressure will start – and a million civilians can’t live under fire for long. This needs to end quickly – with a bang, not a whimper.

A bio on the website for HarperCollins Publishers describes Sharon as follows:

Gilad Sharon is the youngest of former Israeli prime minister Ariel Sharon’s sons. Gilad holds a master’s degree in economics and writes a column for the prominent Israeli newspaper Yedioth Ahronoth. A major in the Israel Defense Force reserves, he currently manages his family’s farm in Israel.

Sharon isn't alone in his militant tone. Israel's Deputy Prime Minister Eli Yishai is reported by The Yeshiva World News to have said, "We must blow Gaza back to the Middle Ages, destroying all the infrastructure including roads and water." Haaretz also reports that Yishai stated, "The goal of the operation is to send Gaza back to the Middle Ages."

President Barack Obama said on Sunday that the United States is "fully supportive of Israel's right to defend itself."

The violent conflict continued on Sunday as Palestinian militants fired more than 100 rockets into Israel, and one of Israel's missile strikes killed at least 11 civilians. 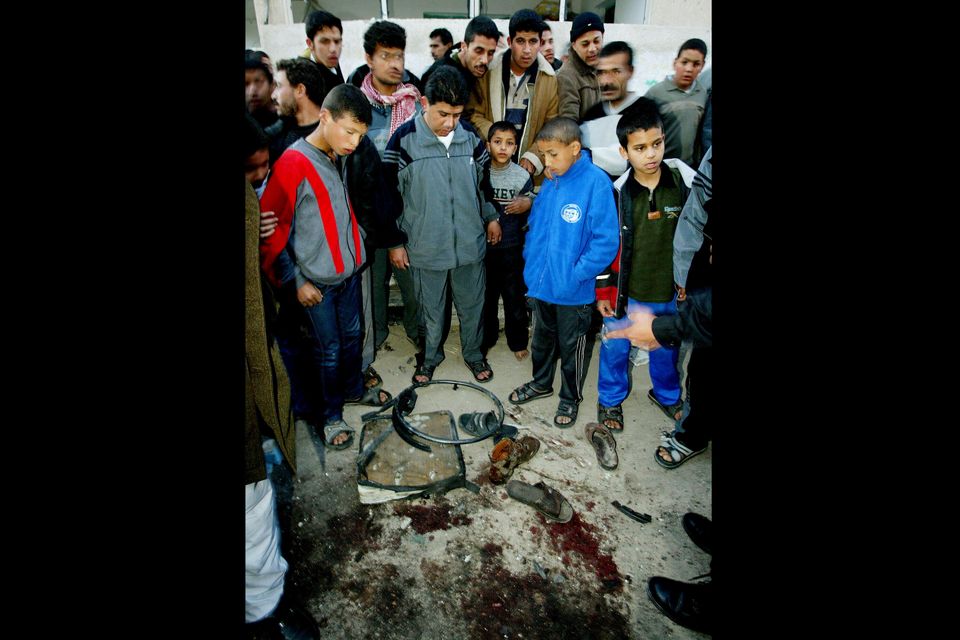 1 / 19
March 22, 2004
After a wave of Hamas suicide bombings in Israeli cities, an Israeli missile kills Sheikh Ahmed Yassin, the founder and spiritual leader of the Hamas movement. <em>Caption: In this March 22, 2004, file photo, Palestinians gather around a pool of blood and the remains of the wheelchair of Hamas spiritual leader Sheikh Ahmed Yassin, following an Israeli air strike that killed him, near his house in Gaza City. (AP Photo/Kevin Frayer, File)</em>
AP