It's probably not a good day for Wall Street Journal reporter Gina Chon. Newly leaked emails alleged to reveal a romantic relationship between the journalist and a former source — Brett McGurk, President Obama's nominee to be the next ambassador to Iraq — on Tuesday.

In 2008, Chon was covering the Iraq War for the WSJ and McGurk worked for the National Security Council official under George W. Bush. The two — who are now married — may have mixed pleasure and business in Iraq, according to emails that surfaced one day before McGurk appeared before a Senate panel on his nomination.

The messages, which chronicle the pair's banter about "blue balls" and eventual hook-up, have not yet been verified. "I had a very good day with the Iraqis — the best yet," McGurk allegedly wrote to Chon. "Can't tell you about it of course." She protested, "this is like a journalist's version of blue balls and it's really not fair." He quipped, "Well it's only fair — since I had a very real case of blue balls last night!"

He went on to mention "self-healing" exercises to cure his blue balls, which Chon acknowledged "come in handy." McGurk, who was reportedly married at the time, also referenced "coming over to hook up with [Chon] for the first time."

Now, the emails could endanger his nomination, USA Today reported on Friday. Chon, McGurk and the State Department did not respond to the paper's request for comment. 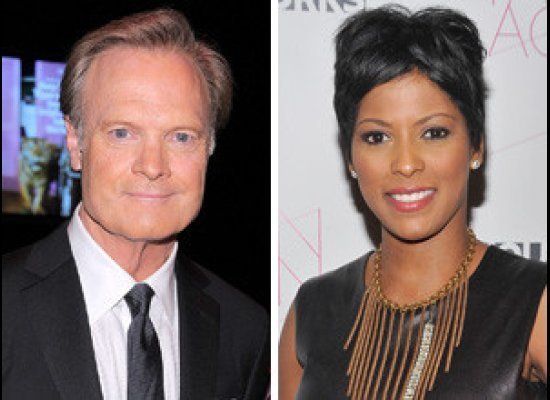 1 / 8
Lawrence O'Donnell & Tamron Hall
Page 6 recently reported that MSNBC's Lawrence O'Donnell and Tamron Hall are kindling a relationship. They have been dating "for months," according to the <a href="https://www.huffpost.com/entry/lawrence-odonnell-tamron-hall-msnbc-anchors-dating_n_1249456" target="_hplink">New York Post</a>, and have been spotted "canoodling at downtown haunts."