Gina Rodriguez won Best Actress in a TV Comedy at the 2015 Golden Globes for the titular role in The CW's "Jane the Virgin."

After having to walk a half marathon to accept her award, Rodriguez caught her breath and thanked showrunner Jennie Urman "for making me her Jane."

"This award is so much more than myself," she said. "It represents a culture that wants to see themselves as heroes." 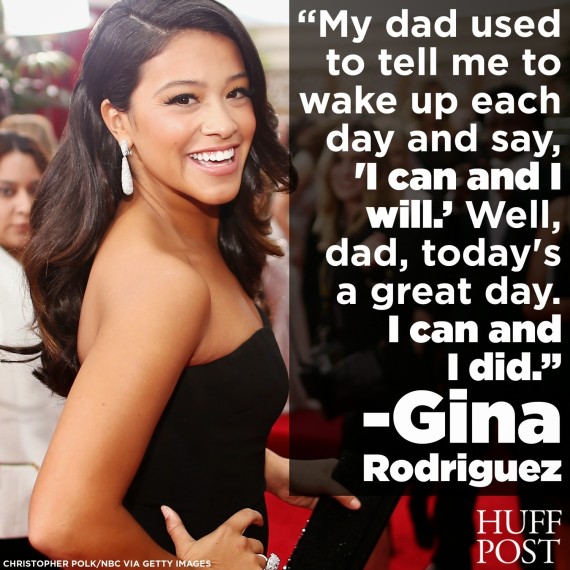