Gino Bartali is best known as a cycling legend who holds the record for the longest time span between victories at the Tour de France – ten years – a feat made all the more impressive by the Tour’s status as one of most grueling endurance competitions in the world and the fact that Bartali was an old man (by cycling standards) when he made his comeback in 1948. Looking beyond the marvel of his athletic stamina, Bartali’s life provides a powerful lesson in how moral endurance can empower from within.

Born in a poor town near Florence in 1914, Bartali grew up in a world of grinding poverty. Day laborers like his father earned the modern equivalent of about a dollar an hour, and the average male life expectancy was forty years, due to diseases like malaria and pneumonia. With few career options, Bartali dedicated himself to cycling: from sunrise to sunset, he rode around the Tuscan hills and built up his physical endurance – his capacity to confront painful fatigue and pedal through it. Bartali’s relentless training paid off, and he made a meteoric rise in the cycling world, turning professional only a few years after his first race.

Then cycling took the one person dearest to him.

Bartali’s younger brother Giulio, also a gifted cyclist, was killed in a racing accident. This loss devastated Bartali, as he had encouraged Giulio to begin racing in the first place, and led him to quit the sport. Bartali, a devout Christian, turned to prayer as he wrestled with grief. When he finally made the difficult decision to return, Bartali funneled his sorrow and guilt into a new motivation to cycle: he would race to honor the memory of his brother.

With his innate ability to tire out rivals, particularly in the mountains, Bartali started winning races again. By his early twenties, his face had become a mainstay of newspapers. Fans hounded him for autographs everywhere, and writers penned long sonnets about him, hailing him as the king of cycling. In 1938, at the age of twenty-four, he won the Tour de France, his triumph heralded as the beginning of what was expected to be a long reign at the top of the most popular summer sport in Europe.

And then it all fell apart again.

Relations between Italy and France deteriorated, and Bartali was barred from returning to defend his title at the 1939 Tour. When war broke out in Europe, Bartali could no longer compete in the lucrative calendar of foreign races and was conscripted into military service, where he worked as a military bike messenger in Tuscany and Umbria.

When the German army took control of Italy in the fall of 1943 and Jews began to experience the full terror of the Holocaust, Bartali was asked by a friend to join a secret initiative to help save them. Few requests could have carried a heavier burden. With the collapse of his career as a top cyclist and the transformation of his beloved country into a nightmarish and dangerous place, he feared for his wife and two-year-old son. It would have been easier – and safer – not to get involved.

But he chose differently.

Risking his own life, he sheltered a local Jewish family in an apartment purchased with his cycling winnings. He also began to smuggle counterfeit identity documents around Tuscany and Umbria, enabling numerous Jews to conceal their true identities and avoid deportation to a concentration camp.

Bartali’s decision to act was heroic not because he felt no fear but rather because he did not let his fear prevent him from doing what he felt was ethically right. He demonstrated moral endurance, forged in a moment of danger that few of us could ever hope to fully understand.

Bartali returned to the Tour after the war and found that physical endurance alone would not bring him success in an event where most of his competitors were now ten years younger than he. It was his mental resilience that would power him through snow, sleet, and rain, to win not only for himself but for all of his Italian countrymen who still were reeling from the aftermath of WWII.

In the end, even as Bartali reached the peak of his sport, he never lost sight of the fact that it was his inner strength that carried him through the most difficult moments of his life. As he would tell his son Andrea, “If you’re good at a sport, they attach the medals to your shirts and then they shine in some museum. That which is earned by doing good deeds is attached to the soul and shines elsewhere.”

This essay is based on the book Road to Valor: A True Story of WWII Italy, the Nazis, and the Cyclist Who Inspired a Nation by Aili McConnon and Andres McConnon.

AILI McCONNON is a Canadian journalist living in New York who has been a staff writer for BusinessWeek and has also written for the New York Times, the Wall Street Journal, and the Guardian. She has appeared as a commentator on ABC, MSNBC, and CNN. 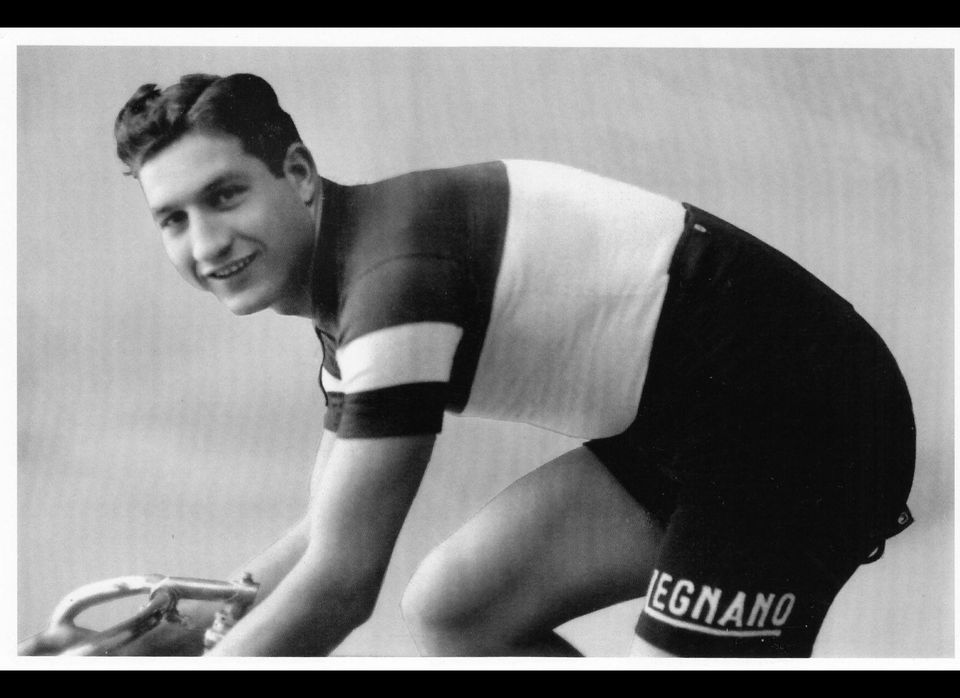