Wildlife photographer Mark Drysdale captured these images of this remarkable animal while on safari in the Serengeti earlier this month. 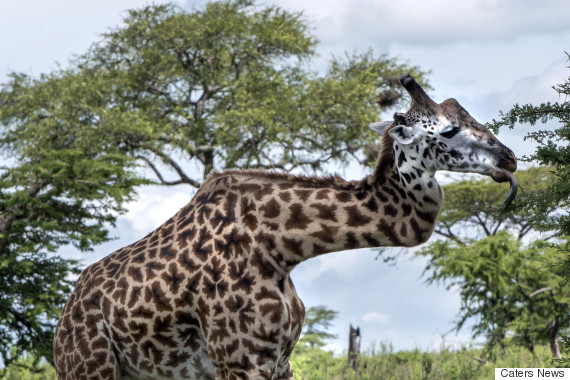 "It continues to lead a normal life in spite of its odd shape," he wrote on Facebook. Drysdale said he's never seen anything like it in his eight years as a professional wildlife photographer, the Daily Mail reports. 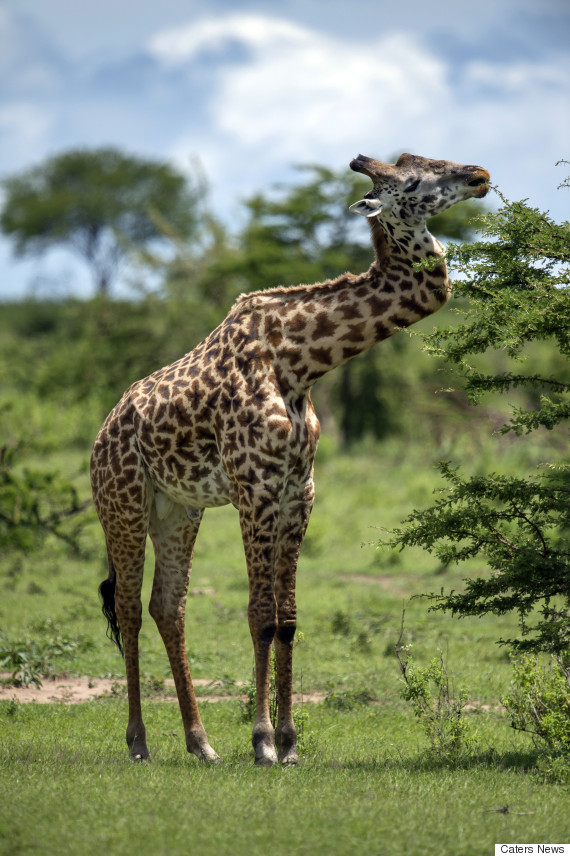 Drysdale suggests in his Facebook post that the condition is the result of an injury sustained during a fight with another giraffe five or six years ago. Caters News Agency reports the animal lives in an area of Tanzania with few veterinary resources.

Male giraffes often engage in a fighting ritual called "necking," in which they swing their long necks around and headbutt each other to establish dominance or secure a mate. Sometimes one of them is knocked out, according to the Giraffe Conservation Foundation, but “very rarely” die in such contests.

The average giraffe lifespan in the wild is about 25 years, according to National Geographic. Another giraffe with a crooked neck was euthanized at age 21 at the Santa Barbara Zoo in 2008.

A safari company in Botswana posted this video last year of another giraffe with a similar condition, writing that it was about 15 years old at the time.