The average giraffe weighs a ton -- literally. How do giraffes' spindly legs stand up to that immense weight without buckling?

Researchers at the Royal Veterinary College in London may have found the answer.

"It turns out that the suspensory ligament plays an important role," Dr. John Hutchinson, a professor of evolutionary biomechanics at the college, told BBC News.

A suspensory ligament is a strip of elastic tissue that supports an organ or bone in the body. In humans there are a number of suspensory ligaments, including the ligament that connects the ovary to the pelvic wall and the one that helps position the lens of the eye.

Suspensory ligaments are found in large animals, including horses and giraffes, too. But this is the first time scientists have studied the ligament in giraffes. 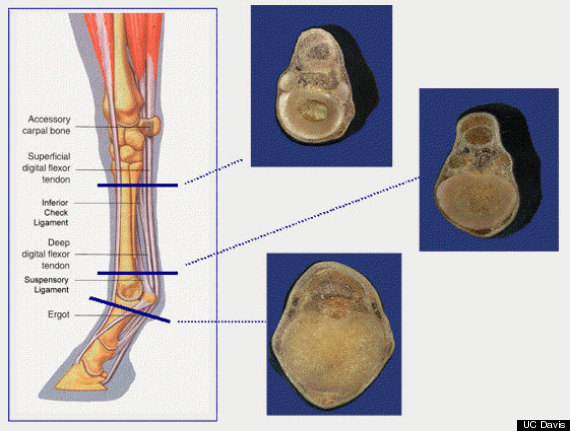 Anatomy of the forelimb of a horse, indicating location of suspensory ligament.

For the study, researchers took the legs of captive animals that had died of natural causes and tested their strength by using a hydraulic press to apply weights of up to 550 pounds (250 kilograms). The legs remained upright and stable even without the support of living muscle tissue. The scientists concluded that the suspensory ligament located along the lower leg bones explains the legs' great strength.

Future studies may reveal how this ligament has evolved.

"I'd like to link modern giraffes with fossil specimens to illustrate the process of evolution," researcher Christopher Basu, a Ph.D. student in biomedical sciences at the college, said in a written statement. "We hypothesize that the suspensory ligament has allowed giraffes to reach large sizes that they otherwise would not have been able to achieve."

The research was presented on July 2, 2014 at the annual meeting of the Society for Experimental Biology in Manchester, England. 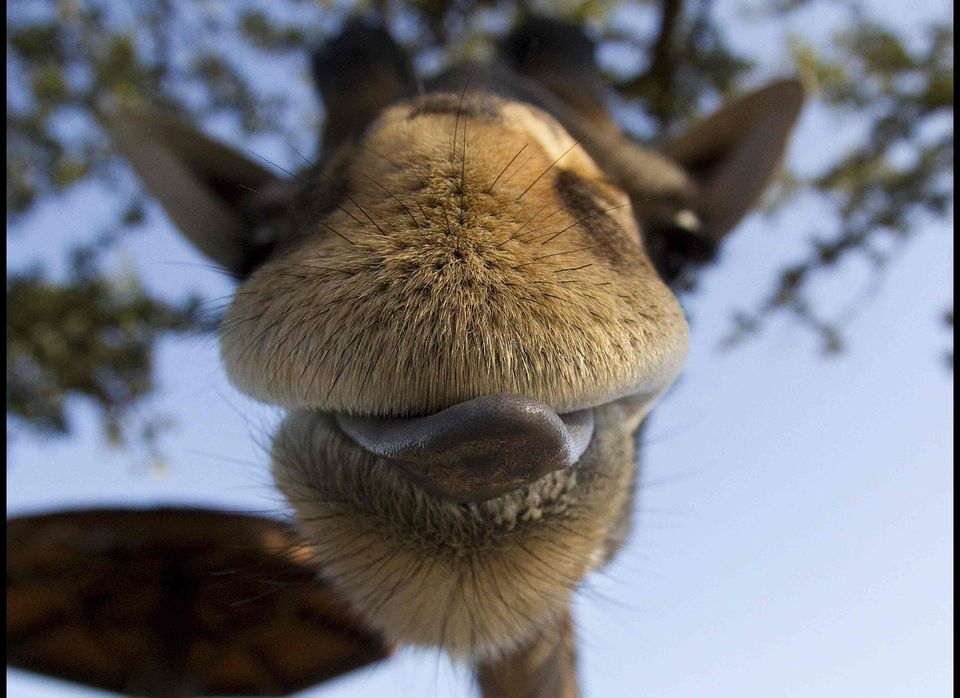