Sydney V. Smith is sticking her neck out and admitting she wants to become a "giraffe woman."

Since 2011, the 28-year-old Los Angeles resident has attempted to extend her neck by encasing it in 11 copper rings.

It is the latest attempt in a lifelong fascination with body modification sparked by the women of the Kayan Lahwi tribes of Thailand and Burma, who encase their necks in rings from an early age.

"I've always had a long neck," Smith told The Huffington Post. "In middle school, they called me 'giraffe girl.' Then I saw the pictures of the long-necked tribes in Thailand and Burma in National Geographic and I became fascinated with them."

In middle school, Smith's obsession led her to wrap cut-up coat hangers around her neck when she went to bed.

"My parents thought it was ridiculous," she said. 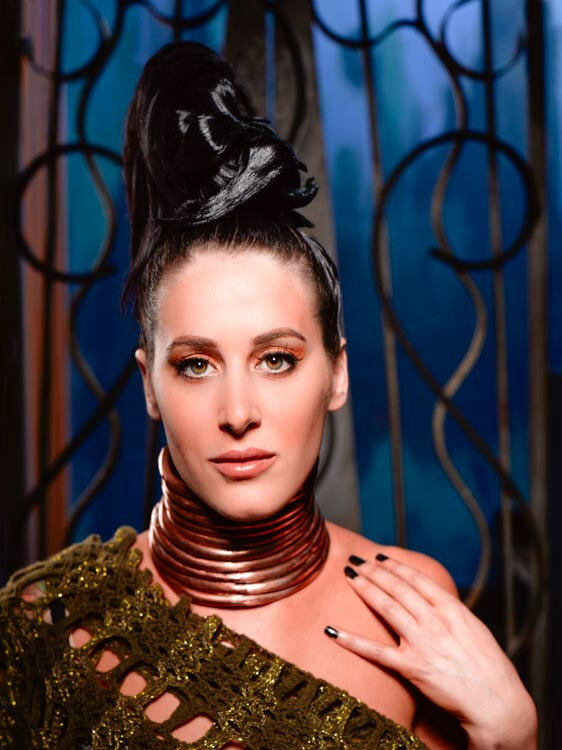 That was in 1998, and Smith believes her nighttime neck-stretching actually elongated her neck.

"After a few years it became obvious that my neck was longer than the other girls, but not freakishly," she said. "So I stopped for awhile to consider if being a long-necked woman was what I really wanted."

After years of contemplating the possibilities, Smith put her neck on the line and had a tight-fitting necklace made with copper about three years ago.

"I had missed the comfort from the pressure on the top of my neck and shoulders and had been thinking about doing it again for awhile," she said. "The comfort and exhilaration of this process was really all I was after." 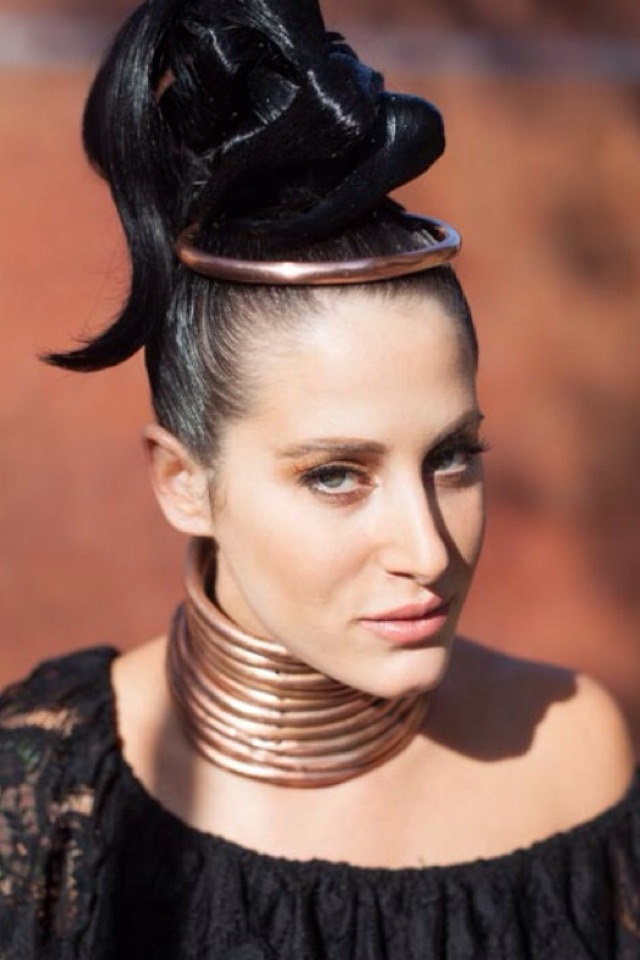 "I took it slow and would add an extra ring when needed," she said.

Despite her visible efforts, she was self-conscious. While living in Maryland, she wore turtleneck sweaters to hide her neck rings. She also worked restaurant jobs behind the scenes so she wouldn't get unwanted attention. 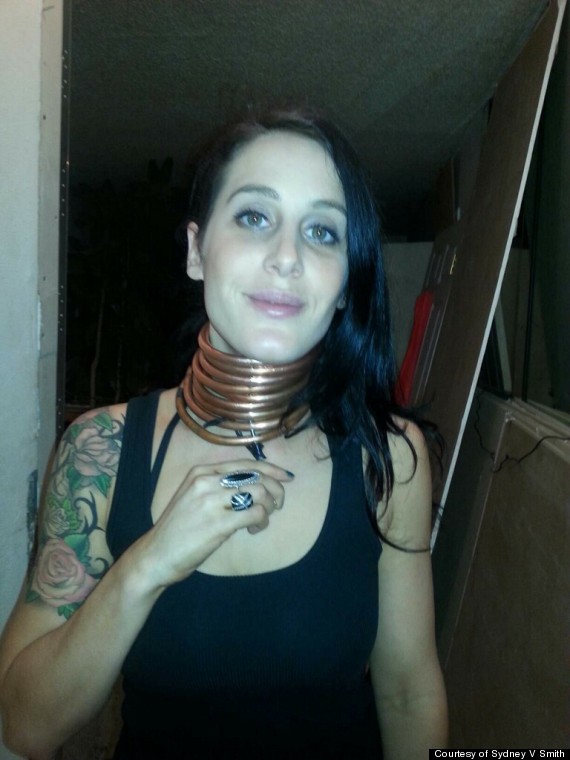 By 2011, Smith said the muscles in her neck had a hard time supporting her head. It was a turning point.

"I asked myself, 'Should I stop or go for it?' knowing that I would be enslaved to a ringed necklace for the rest of my life," she said.

She decided to dive in headfirst after seeing Lady Gaga in concert.

"Her freak empowerment message made a special kind of sense for me," Smith said. "I figured if she can wear meat dresses, I can be a giraffe woman."

A friend of Smith's customized the rings and soldered them around her neck.

"He managed to do it safely, though I did get burned a little," Smith said. "I don't have the normal range of motion I once did. It makes driving a little hard, but my peripheral vision has improved."

Smith estimates the rings have stretched her neck to 10 to 11 inches long. If there is a medical emergency, a screw that holds them together can be removed and free her.

As far as she's concerned, they are permanently attached.

"It took a while to learn to sleep with them, but now if I take them off, my neck feels limp," she said.

"If it's summer and the air conditioner isn't working, my neck starts to sweat and I start to smell," she said. 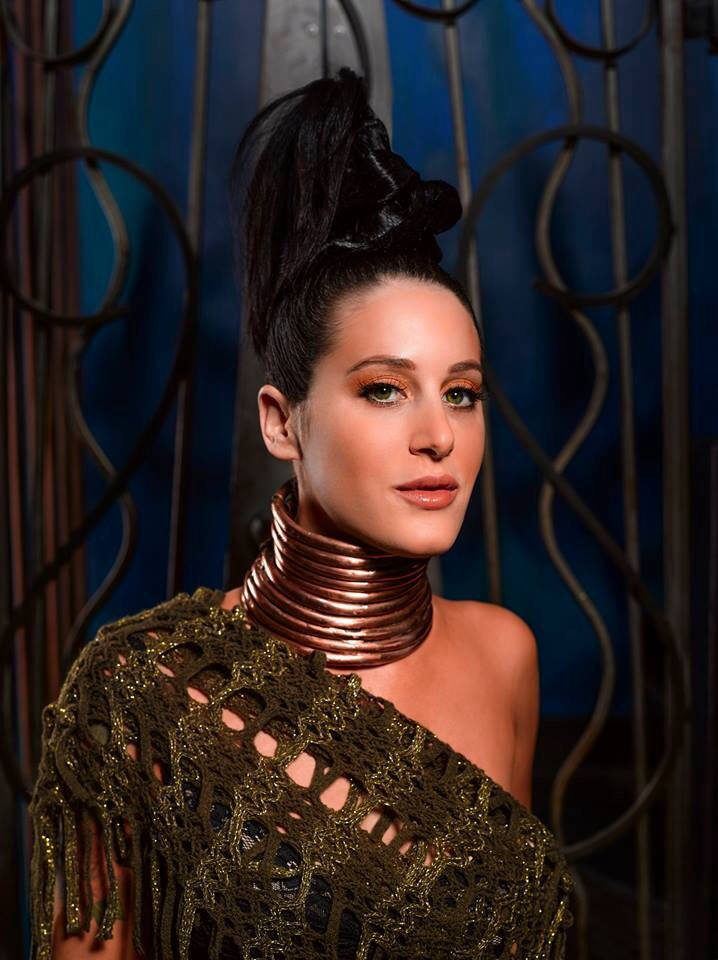 Smith is contemplating whether to add a 12th ring. She also would like to profit from her physique, but isn't sure how far she wants to stretch things.

"I'd like to work as a specialty model, but my original intent was not to exploit myself," she said. "However, it seems to be my calling." 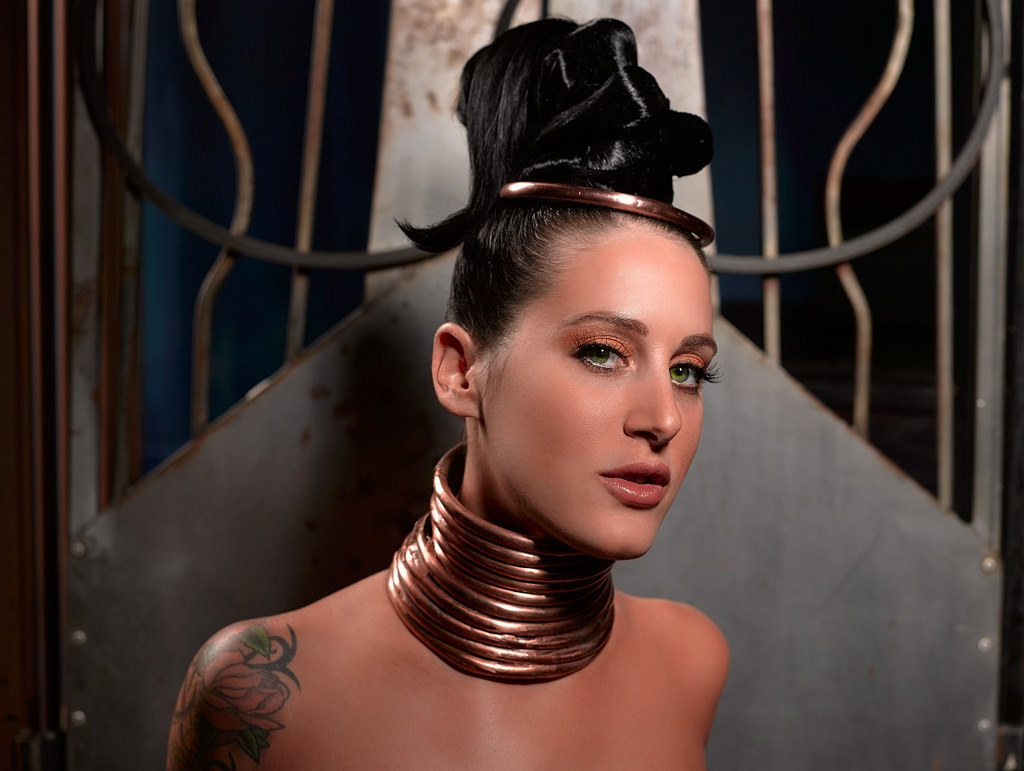 "If she's finished growing, then all she's doing is stretching her skin or putting the bones into traction by pulling them apart," he told HuffPost. "The rings aren't going to make her bones longer. Once she removes them, her neck will come back to size.

"I don't recommend anyone doing this. It could injure nerves in the neck." 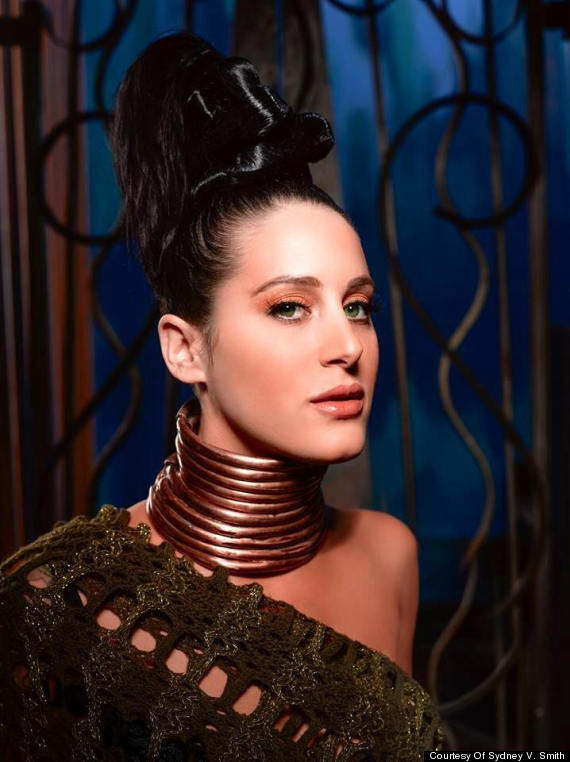 If Smith's long neck seems straight out of Ripley's Believe It Or Not! you'd be right. According to Edward Meyer, Ripley's vice president of exhibits and archives, the long-necked women of the Kayan tribe have been part of Ripley's lore since 1923.

"We actually filmed one of the women taking her rings off," Meyer told HuffPost. "It was thought that removing the rings would kill the woman, but we proved they could be removed.

"The woman's neck was severely scarred and smelly because of the mold growing on it, and it was weak for a couple of hours. But the rings don't stretch the neck, they just push down the collarbone."

Smith fears she may be playing with medical science, but also believes she may be a fashion icon in the making.

"You'd be surprised at how many women see me and ask where they can get it done," she said.