This is so sweet. Video of this (future) middle school student with Down syndrome is going viral after she found out she made the cheerleading team.After you watch her video, read her story.HER STORY » http://shout.lt/2RLt

A middle school girl has received some major news that is totally A-W-E! S-O-M-E!

Lacey Parker, a 10-year-old girl who has Down syndrome, found out she made the cheerleading team at North DeSoto Middle School in Stonewall, Lousiana on May 1.

“I made it!” Lacey cheers in the video above, jumping up and down and hugging her family.

Lacey’s mom, Renee Parker, filmed Lacey’s reaction when she found out she was accepted onto the squad and posted it to Facebook to share with her family and friends.

Her video caught the attention of the local news station which shared the clip on its Facebook page where it's racked up almost 13 million views.

"Down syndrome is a label, it's not who she is. She's an amazing little girl who strives to do whatever she wants to do," Parker told KSLA. “It's just so amazing that one little girl has touched so many people by achieving her dream.”

Lacey’s reaction is so genuine and full of enthusiasm, it makes us want to cheer, too. Check out the super awesome video above. You go, Lacey!

Girl With Down Syndrome Is Ecstatic About Becoming A Cheerleader, And We Want To Be On Her Team #SquadGoals
Cheerleaders Shave Their Heads 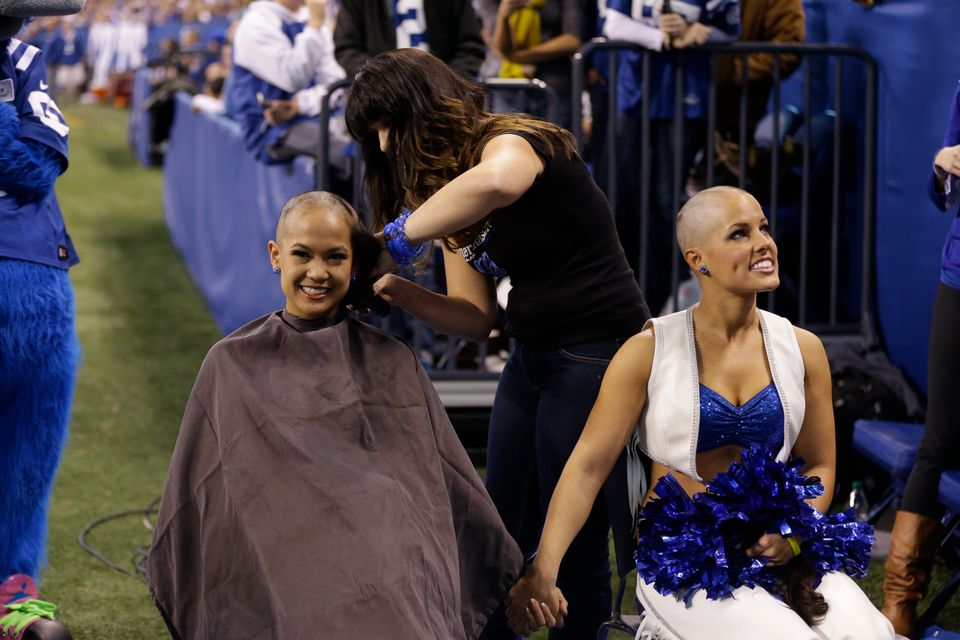