A South Carolina married couple is accused of forcing their 14-year-old daughter to live in the woods because she ate a Pop-Tart.

Crystal Lynn Driggers, 36, and James Allen Driggers, 33, of Dalzell were arrested on Friday night after they allegedly made the girl set up a tent in an area known to have wild hogs, according to a news release from the Sumter County Sheriff’s Office. According to cops, the girl endured the punishment for two straight days before sheriff's deputies intervened.

The teen got only a roll of toilet paper, a flashlight, a whistle and a watch from her parents, authorities alleged. She had to meet a family member at specific times of the day if she wanted any food, according to the release. 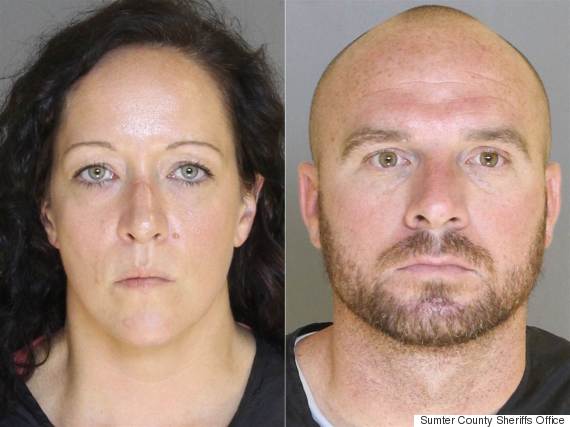 Dalzell was battered by severe thunderstorms on Thursday, one of the two days the teen was forced to live in a tent, the release said.

Authorities also allege the girl was banned from entering her house last month between the hours of 8 a.m. and 6 p.m.

"She couldn't return for any reason," Sheriff's Office spokesperson Braden Bunch told NBC News. "Not to get a drink, not to use the bathroom, nothing."

Both parents were charged with child neglect.

The couple has five children. The sheriff's department told The Huffington Post that as of Tuesday morning, all five are in emergency protective custody with the South Carolina Department of Social Services.

A call to a listed number for a James Allen Driggers in Sumter County was not returned.

Couple Forced 14-Year-Old Girl To Live In Woods Because She Ate A Pop-Tart: Cops
Questionable Parenting