First was a World Series win over the Los Angeles Dodgers, followed by a proposal to former Miss Texas USA, Daniella Rodriguez, on live TV.

Many well-wishers congratulated Correa on his engagement, but one little fan was less-than-thrilled with the news:

My heart is melting 💗 @DaniellaRdz1 said that she can share me only with you 😂 retweet so I can meet this cute little girl 😊 pic.twitter.com/7gwjXLsnqa

Correa came across the adorable video of a 4-year-old girl tearfully declaring, “Carlos Correa broke my heart”, which he tweeted to his 161,000 followers on Sunday.

“He proposed to the other girl,” the little one says in the video, as she buries her face in a loved one’s shoulder.

Her name is Scarlett. She had made this poster for the parade. pic.twitter.com/vxv085jQvB

Correa asked Twitter to help him track down the broken-hearted kiddo so he could meet her, writing on Twitter that his “heart is melting” for her.

And social media delivered, connecting the baseball player with the little girl, whose name is Scarlett Sanchez.

On Tuesday, NBC affiliate KPRC Channel 2 surprised Sanchez with a visit from Correa at their studio in Houston. The two shared a hug and took photos together. Sanchez even got to try on the engagement ring Correa gave to his fiancée.

“I saw the video and I was like, ‘Oh my gosh I need to meet this girl,’” Correa told KPRC. “She’s the biggest fan ever. She’s crying over my engagement so I need to meet her and give her a hug. I’m just glad that I’m here and I got to meet her.”

You can watch the adorable moment in the Facebook Live video above.

This story has been updated to include information about Correa and Sanchez’s meeting. 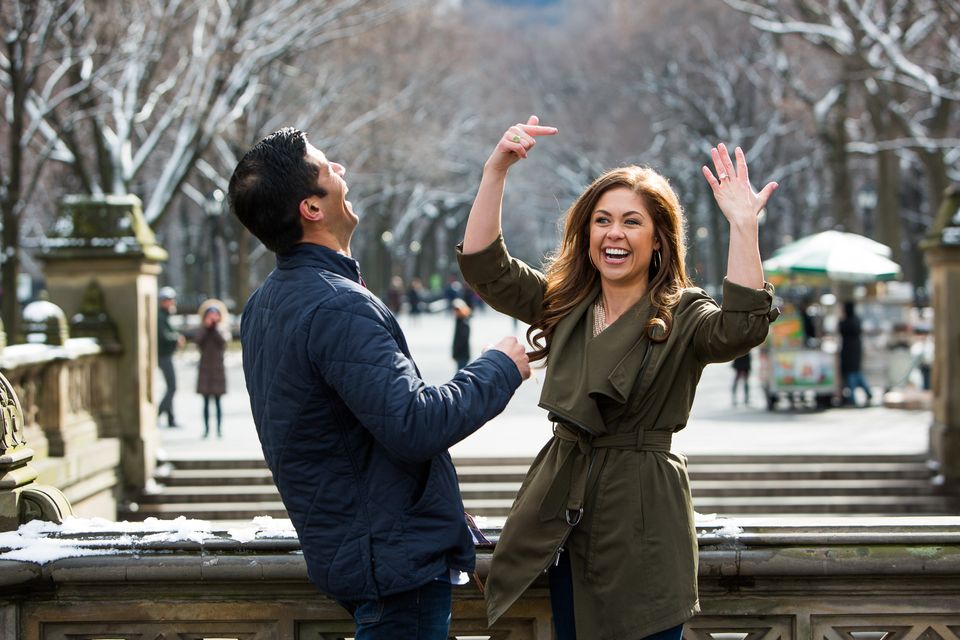