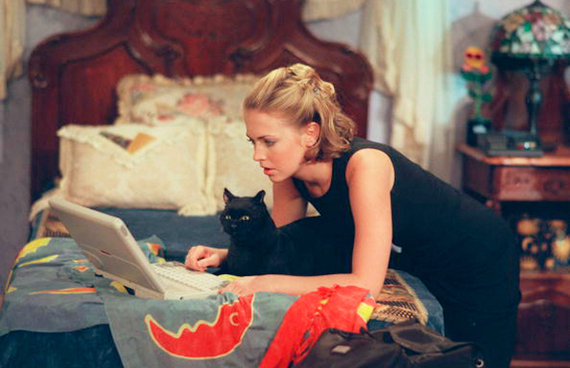 Outdoor cats are known night-wanderers. It's in their nature to slink off into the darkness whenever the mood strikes. But where do their evening pursuits take them?

13-year-old Evahn Martinsen was so curious about her cats' nocturnal habits that she took to strapping a GPS to two of them as part of her school science project.

As reported by stuff.co.nz, the clever Kiwi discovered that, while she slept, her cats crossed busy roads en route to a local tennis court and Burger King. Perhaps they wanted a Big Fish Sandwich after burning off some calories?

Evahn came up with the project herself; Lintek Tracking Solutions, a company based in Auckland, loaned Evahn three GPS devices and a tablet to use for her project.

Only two of Evahn's three cats were willing to participate in the experiment; the third cat, Zephyr, refused. Which begs the question -- what's he hiding?