When HuffPost Food posted news about the new Girl Scout cookie, y'all went kind of crazy, in a good way. People are SERIOUS about Girl Scout cookies. With cookie season gearing up in many parts of the country, we figured it was time for a once-and-for all vote: which is the best Girl Scout cookie out there?

But first, a little bit on the history of these (mostly) beloved cookies. The Girl Scouts employ two different officially licensed companies -- Little Brownie Bakers and ABC Bakers -- to bake the cookies. Several of the current Girl Scout cookies on offer have two different names, these names vary based on which company baked the cookie. In other words, while Tagalongs and Peanut Butter Patties are in fact the same cookie, but the names vary by region. Each council may choose its baker independently each year. Each company must bake Thin Mints, Tagalongs (Peanut Butter Sandwich) and Trefoils (Shortbread); a total of eight varieties can be baked by each company. At one point there were up to 29 different baking companies making Girl Scout cookies, but starting in the late 1970s the number went down to four, in order to streamline the process.

Girl Scout cookie sales started as early as 1917, five years after the Girl Scouts were founded. In the 1920s and 1930s, Scouts would bake their own sugar cookies and sell them door to door. In 1936, the Girl Scouts licensed the first commercial baker to start making Girl Scout cookies. While the cookie varieties changed over time, it wasn't until the 1990s when low-fat and sugar-free varieties became available. All cookies are now kosher as well.

Recently, there have been several controversies surrounding the Girl Scouts and their beloved cookies. Last year, two Girl Scouts made national press when they tried to convince the national organization to stop using palm oil. The organization responded, pledging to reduce the amount of palm oil used, but not getting rid of it completely. In recent years, there have been cookie boycotts for a range of issues including the acceptance of transgendered children, to claiming the Scouts lied about the inclusion of trans-fats. Controversies behind the scenes aside, one thing remains clear: Girl Scout cookie tastes and preferences can be highly polarizing.

Voice your opinions in the slideshow below. Rank each cookie using the starred spectrum (from "yuck" to "yum") on the right of the slideshow. The cookies included are based on the current offerings found on GirlScoutCookies.org. 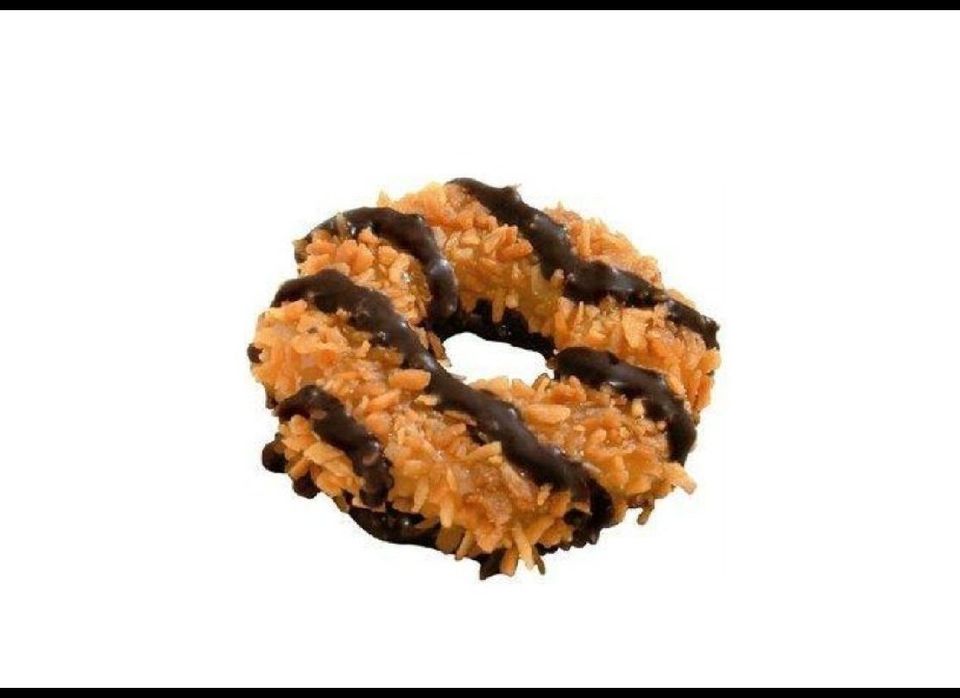 1 / 11
Samoas Or Caramel deLites
Samoas have been offered since the mid-1970s. They are the second most-popular Girl Scout cookie, no doubt thanks to the caramel-coconut-chocolate triple threat.