They say the best gifts come in small packages. For David Lynde, that gift was simply a pen to sign a stack of paperwork.

Lynde’s stepdaughter, 22-year-old Gabby Guardado, handed Lynde the gift for his 53rd birthday as the family filmed his reaction. Guardado’s biological father hasn’t been a big part of her life since she was 8, but Guardado, who is married to her mother, has, ABC News reports.

“You’ve been my dad. I know legal papers don’t change anything,” Guardado told Lynde as he uncovered the stack of adoption paperwork.

Guardado’s mother, Lori Ann Lynde, posted the video of the surprise on YouTube commenting, “It was the best gift my daughter could have given her step dad!”

Adult adoptions aren’t uncommon when it’s so meaningful to the stepparent. Just last month we wrote about a a teen who asked her stepfather to adopt her at her graduation party.

Just goes to show family comes in all shapes and sizes. 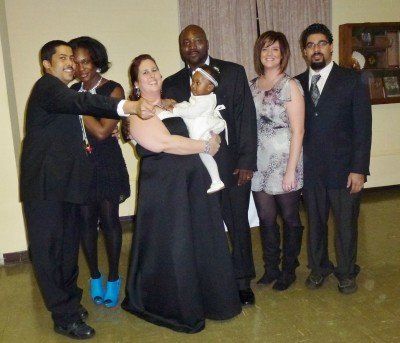