I almost called this piece "Girlfriends, Slutdom and Mom" because they're all of a piece, a patchwork perhaps, that once assembled became me. 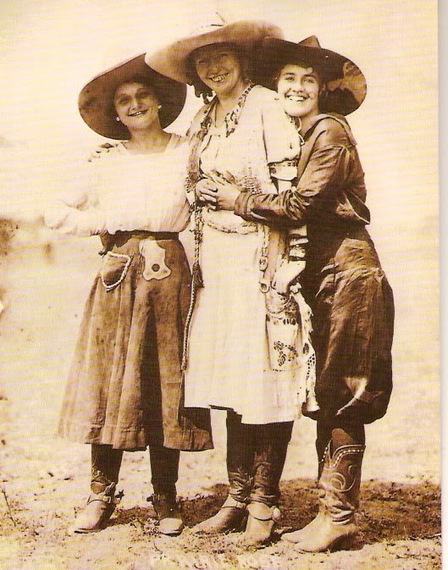 Boys were always easier for me. We liked being outside and played rough, whereas I was never sure how to engage girls in anything beyond dolls, which didn't interest me. They also tended to stay in the kitchen with their moms.

Mom proudly announced that she'd been a tomboy, too, and followed her twin brother in his rough and tumble play. As she grew older, mom embraced the "sexy" Latina image. I think it gave a boost to her self-esteem, but it meant that her goal was to get a man which invited competition from other females. At her core she embraced a '40s cinematic femme fatale role model and distrusted all women . . . possibly even me. A girlfriend who is of my mother's vintage recently gave me advice on how to deal with my husband over some petty argument. "Have great sex and then do what you want anyway." Manipulative, I said. She expressed no distaste for that word, "There's a long line of women just waiting to steal him from you."

She reminded me so much of my mom that I only felt affection and pity for her generation. And wonder. Could she be right? I've seen that certain look -- threatened, possessive, and defensive -- on other women's faces when they've watched their husband's reaction to a beautiful woman standing in front of them. No, the beauty wasn't me. My preferred role is observer, and I love women, need them even.

Women take the lead in The Sandoval Sisters' Secret of Old Blood, and sisterhood is explored in all its contexts: childhood friends, lovers, girlfriends who think nothing of cheating with your husband, a sinister mother-in-law, witchy ex-girlfriends, daughters, blood sisters, maidens, mothers and crones.

I've written previously of the bullying I experienced in elementary and middle-school (Bullied: Diversity, Differentiation, Distinction). That experience effectively isolated me and I stopped trying to make girlfriends. I had a brief respite in 9th grade when I lived with my father and stepmother in East Texas. A few girls in my neighborhood actually seemed to like me and we rode the bus to school together. No one was really dating then, but there was adolescent flirtation.

Back to New Mexico for high school and the pressure was on to date. Fortunately, I liked nerdy boys with a sense of humor. An assortment of males liked me; the girl's locker room became hazardous when a boy sought after by one of the "popular" girls asked me to prom. Sometime in the 10th grade I was labeled a slut and I don't think the slur came from a boy. It was the girls who shunned me.

The irony is that even though I'm now an outspoken feminist and embrace my inner slut, I remained a virgin all through high school. I refused to French kiss until I'd cleared it with the nun who taught an after-school religion class. "No it's not a mortal sin," she said. I'm forever grateful that she didn't follow up that statement with what it could lead to. Perhaps she didn't know, but it wouldn't have mattered anyway because I wouldn't allow my boyfriend to touch my emergent breasts because of the pimples on my chest.

The slut-shaming worked. I wasn't sure what I'd done wrong, but in order to remedy the situation I let down all the hems on my skirts, stopped dating, and stayed home from school as much as possible. The problem with that was 1) my mother's fear -- not that I might not graduate -- that I might not get in enough practice to find my future husband. "You've got sex appeal," she said, which only terrified me more. The second part of that phrase was fine, nothing wrong with appeal. But the "sex" part was a problem made all the more complicated by 2) my extreme horniness and guilt over it. 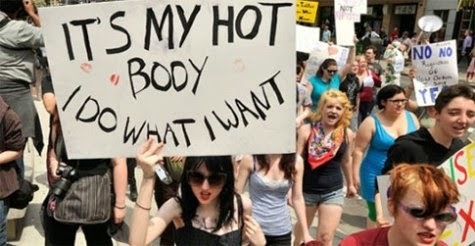 Fortunately, I got to go to college in the late '60s. The Second Wave ruled! Birth control was readily available and there were savvy girls from all over the world at UNM. What was even better, they knew nothing about me. Sure, I was a little weird, but weird was in. I could blend. Somewhat.

I'd always had opinions, but had feared speaking out. My task was to overcome that sense of powerlessness, to embrace outcast status and make it work for me. Learning to do that was huge and the women's movement helped me. Not only were there plenty of outspoken women from whom to learn, but I recognized the other me, before emergence, in women who came to consciousness-raising meetings. I could help them.

In grad school, my girlfriends and I had brunch every Sunday and read women's sexual fantasies out of Nancy Friday's My Secret Garden. Our laughter could be heard from down the street and we could have written our own book of sexual exploits, real and imagined. Peggy, one of the brunchers, met me recently in Venice Beach (A 70's Redux.) 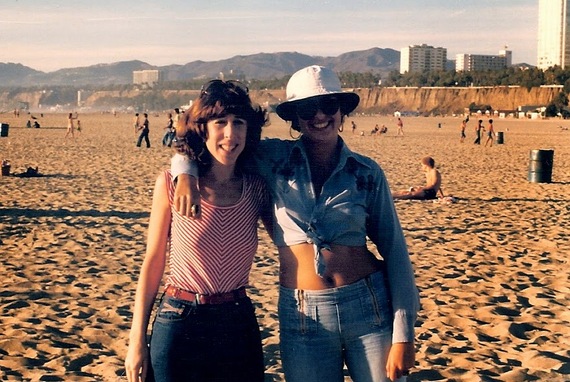 Santa Monica Beach, 1977, with my friend Annie (the other bruncher.)

When I started a business, almost all of my clients were male. Female friends were rare. If it hadn't been for my friend Susan, I wouldn't have had a baby shower for my first child or a partner in my new business. More women entered the workforce. Now I had female employees and a new challenge balancing friendship and business: I didn't always make the right decision.

Girlfriends are still not easy. More often than not, I let them pick me. As often happens, friendships with women grew easier when I entered my 50s. I'd relaxed, accepted that some women were not going to like me, and that it wouldn't hold me back from expressing myself or reaching out to them. Older women have experience, both good and bad, and we all just want to have a good time. Here are some vintage thoughts from some of my girlfriends. They reflect my experience now. I'm so grateful to have arrived at this point, something I don't think my mom ever achieved:

Susan: "My women friends have outlasted everything in this life: husbands, parents, youth, and now . . . Even if we're not together, our laughter still rings in my ear."

Bonnie: "No matter what I was slogging thru in terms of family stuff, work, life in general, girl friends sustained and supported me more than any other relationships."

Melody: "Laughter; tears; support; brutal honesty; fun; sharing of wisdom; gossip; fashion help; basic survival; boy-friend hating; physical, mental & spiritual healing; having someone really listen to our story-telling without judgment; reminders that we are worth loving, even if we do not love ourselves at times!" 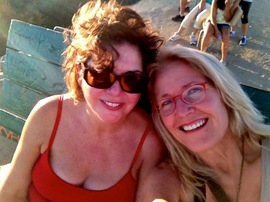 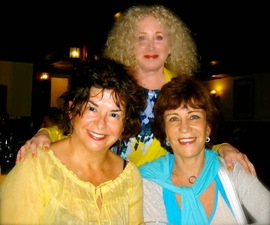 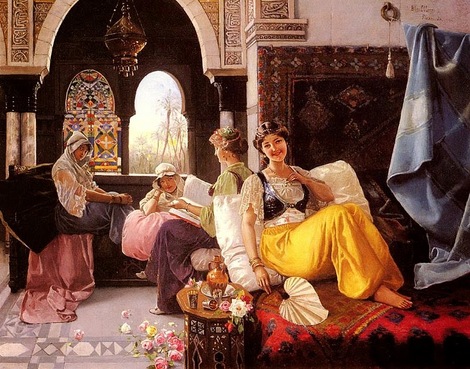 This piece also here and inspired by Viva la Feminista