As we enter the second half of 2016, it seems safe to say the 90's are officially all-the-way back, with this go-around reintroducing the decade's best trends in refreshing and expansive ways. Along with lace chokers and combat boots as formal wear, my favorite revival so far has been the new wave of girl-fronted, dream-pop and shoegaze groups, including the likes of the Dum Dum Girls, Best Coast, Tennis, Speedy Ortiz, La Sera, Veronica Falls and Summer Camp.

Now I've got a new group to add to my Mazzy Star-inspired Spotify playlist with Audio Jane, a promising 5-piece atmospheric indie band I can only hope will soon be signed to Sub Pop and opening for Sleater-Kinney. As the lead single from their forthcoming EP, "White Lies" (featured above), proves, this moody Hartford-born ensemble is absolutely ready to join the reanimated pop-grunge scene. 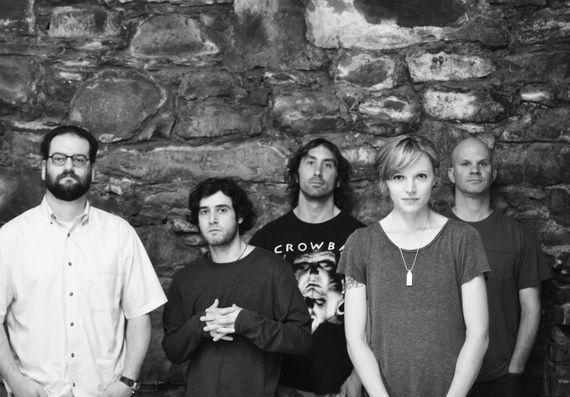 Fronted by Sarah Pech and featuring Mike Goldberg on guitar, Mark Cote on drums, Jesse Perkins on bass, and Noah Miller on keyboards, Audio Jane evokes only the best of introspective 90's radio rock. Their debut EP, A Full Bird's Wing, (which you have to get, just trust me, it's great) is out July 23rd, and you can catch Audio Jane on tour this summer at the following dates and venues:

August 12
at the Parkside Lounge, NYC

August 31
at The Half Door, Hartford, CT

October 8
at The Space, Hamden, CT