Sideboob is so 2012. Boob window, as we're coining it, is the next frontier.

At least according to "Girls" star Zosia Mamet, who showed up on "Late Night With Jimmy Fallon" last night revealing some very interesting cleavage. While her red velvet dress is otherwise fairly prim, the gaping slit was more than a little distracting -- even for Fallon, who made a concerted effort to not look but obviously stole a few glances.

When talk turned to the Golden Globes, Fallon couldn't resist making fun of the awkward way Lena Dunham made her way to the stage. "Lena, take off those shoes, and walk up barefoot!" he joked. Yet Mamet loyally defended her friend and co-star, adding, "That's just the way she walks."

The actress (and daughter of playwright David Mamet) also turned 25 yesterday, and Fallon made sure to give her a few birthday shout outs. 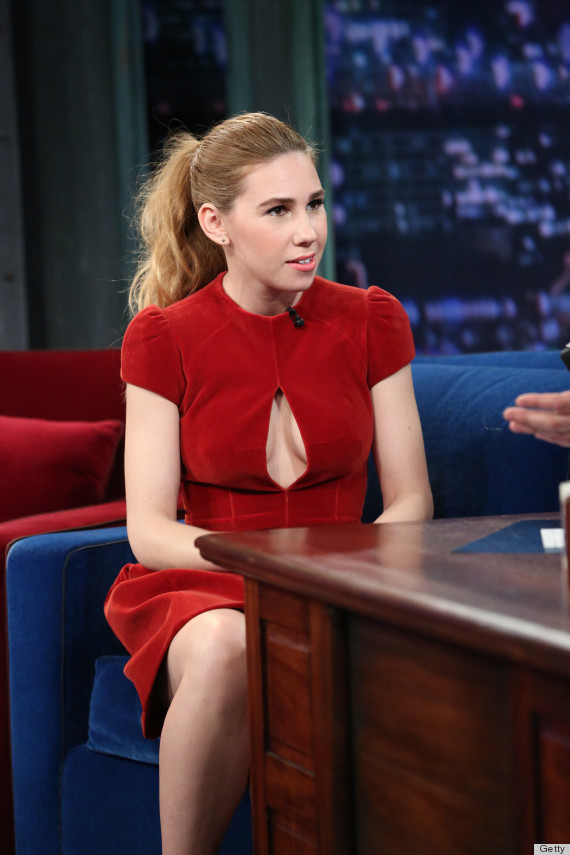 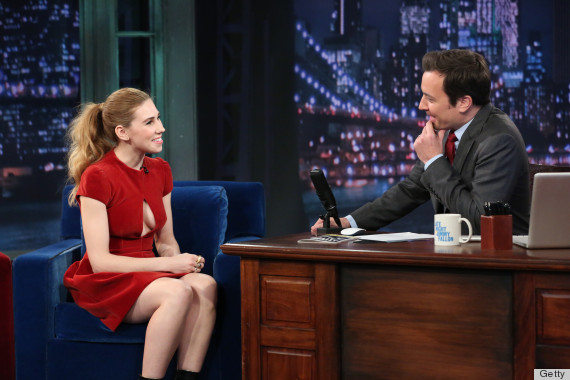 The Year In Sideboob