This past Sunday I watched HBO's new show Girls. It featured a perfect storm for me to potentially unleash new levels of hate and criticism. It was produced by Judd Apatow, who I think is the most over-hyped person in the comedy business not named Louis. His movies always manage to take a 90 minute comedy premise and produce 2 hour and 10 minute epics of inconsistency. Then there is the critical acclaim for the show. Nothing primes me more to hate something than universal acclaim. My philosophy is simple -- that many people can absolutely be wrong. And lastly, the premise of the show: four white girls of varying levels of privilege trying to "make it" through life and love all with wit and and a few tears. My assumption is that it would simply further influence the youthful dregs of Manhattan the way Sex and the City did for an earlier generation. In other words I just assumed that at the end of the pilot of Girls I would be saying, "They should have named this crap Cu*ts!" 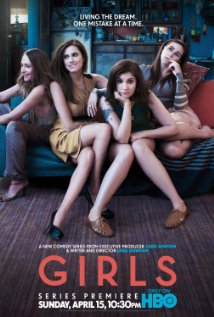 Well I think I was wrong. I watched the first episode and I enjoyed it. I thought it was fairly witty, thankfully lacking the Carrie Bradshaw puns, and because of the 30-minute length, Judd Apatow's "More is More, which turns out to be less" style was impossible. So after the pilot I thought, "Hey this show is worth a real look."

But then I saw an immediate backlash among friends and comedians. I felt like the main complaints I heard and read were misguided:

Four white girls of privilege in Manhattan do not speak for a generation or a city's 20-somethings!

Why are there no meaningful people of color in the show?

How can a show be 'universal' if it is so monochromatic?

Those are valid thoughts and questions and they have a simple answer (while remembering that it was only the pilot that these complaints are based on): rich, white people segregate. I went to, what is now, the most expensive private school in the country. I then went to an elite college and a top 20 law school. And I have been to a fair share of weddings since that education, where I have been the only person of (any) color or close to the only person of color. That includes guests, wedding party and plus-ones. Walk into any bar in Manhattan and I guarantee you will see multiple groups of white girls only. I have always maintained that racist white women have always gotten a pass for passive racism than racist white men, because of the threat of physical retribution that men have to deal with if they run their mouth with racist garbage, cannot (one of the reasons I liked the movie The Help -- racist white women were the villains). Now let me be clear, I am not accusing white people in white circles as automatically racist, but there is a segregation present all over America that people seem to ignore. As Patrice O'Neal said, "White people now have that racism that black people can't prove."

The point of mentioning that is that there is nothing wrong or inaccurate about Girls. So they don't appear to have friends of color? So what? The show has been written by a woman based on her experiences. Those experiences, at least from my perspective growing up in NYC, seem entirely plausible. Inserting a meaningful person of color, if not true to the creator of the show, would be the racist (or at least patronizing) thing, if only done to satisfy a quota (the way boy bands try add a beige member -- I am talking to you Menudo!). And Sex and the City was four white women of affluence. Wealth just as easily insulates from societal changes as it drives change. I think that is why Friends got more heat than SATC for its lack of minorities because Friends featured working class white people, who would be less likely to live in an all-white world. I believe SATC represented life imitating art, given how women responded to it, but Girls feels more like art imitating life -- an accurate reflection of a visible segment of the NYC population.

Now I see a lot of diversity in various groups of my friends, especially in comedy, but to pretend like there is not de facto segregation all over this country, even in great melting pots like NYC is absurd. The show is written from that background (would be my guess). So be mad at society, but being angry at a show that comes from that truth seems misguided to me. And as far as it being hailed as a universal look at early adulthood in NYC or America, color has nothing to do with it. Great shows have always had specificity of characters, regardless of race or theme in the show. That is why Six Feet Under, The West Wing, The Sopranos and The Wire are some of my favorite shows -- the characters are all so richly crafted that you are invested in their story. In fact David Simon, the creator of The Wire, balked at writing a season of The Wire revolving around the growing Latino community in Baltimore because he had said he did not know it well enough to give it the same depth and specificity that the other seasons had. Did that make The Wire any less landmark or somehow an insidious attempt by television executives to keep Latinos off of HBO? But to richly craft characters you need to write what you know. So the creator of Girls wrote a white girl show so the cast is monochromatic (so far). But the themes of struggling in the job market, dealing with relationships in the age of casual sex and texting, getting help from parents, dealing with friendships, etc. all seem to be pretty universal themes for young people these days.

More offensive to me is be the casting of a show like The Walking Dead (my podcast interview with comedian Dan Soder about TWD is linked here). The wildly popular show on AMC takes place outside of Atlanta and for two seasons has had... one regular black character. One black guy in Atlanta?! And there are no facts about the show that require it to be all white, unless the zombie plague turns out to be Sickle Cell Anemia. Of course, imagine if The Walking Dead had six black and six white characters in its ensemble instead of the 11:1 ratio (or thereabout) they have? America would not watch in the same numbers, because a large part of the population would no longer look at it as a "zombie show" and would look at it as a "black show." This is a sad fact that television producers, even of high quality and diverse programming like HBO, have to take into account. They produced The Wire and Treme (a great example of how a show can go wrong and boring if only written from exhaustive research and not a deep personal understanding) because they strive to produce quality, regardless of demographic. But America remains a country where "black shows" are a turn off to large segments of the population either consciously or subconsciously. 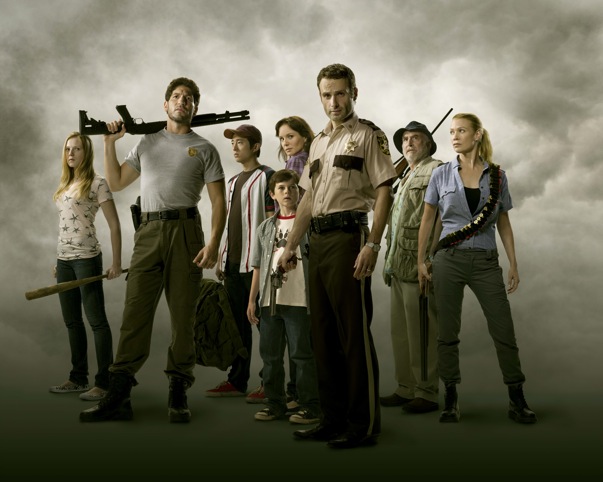 HBO is not at fault. They have provided minority-driven shows for full series runs, despite bad ratings. But as long as the market favors certain perspectives and certain narratives they will continue to provide those shows as well. And a truly great show (who knows if Girls actually is) requires specificity, even if only covering a small slice of culture or society. Asking the show to broaden itself, or asking the creator of the show to have different life experience so she can write a more diverse show would be ignoring the society we actually live in for the sake of producing a more politically correct story.

My point with Girls is that it is reflective of our culture, a culture we all seem to think we are better than or don't exist in. America is still segregated, maybe not as much in the work place or classroom or on the athletic field or in our Facebook friends, but certainly in our most personal spaces (homes, friendships, bars). And that segregation is almost always exacerbated by wealth. So don't blame Girls, blame the market for which Girls is produced. It is the Girls' world and we are just living in it.

Did I mention that Brian Williams' daughter is hot?

J-L Cauvin's new stand up comedy album TOO BIG TO FAIL is available for free to download on his website www.JLCauvin.com and his podcast, Righteous P***k is available on iTunes, with a new episode every Tuesday.