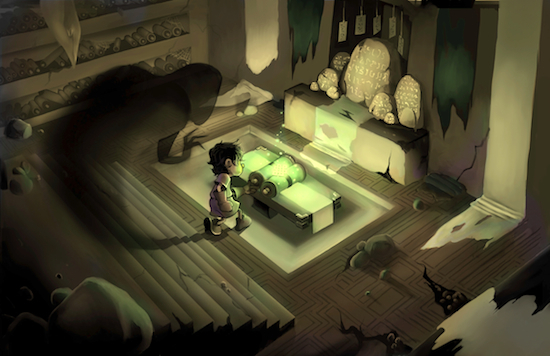 The opportunity for women to enter the world of video game animation just got a bit easier with the new major launched this semester by Philadelphia's Moore College of Art & Design, the first and only visual arts women's college in the nation.

Let's face it, the world of gaming as we know it is changing. Women are the new target market as gaming applications continue to expand into the mobile market -- cell phones and tablets. With this shift, companies are looking for talented artists to provide the visual creative component in these devices.

Moore's new major, a Bachelor of Fine Arts in Interactive & Motion Arts, teaches female visual artists in a highly competitive male-dominated gaming industry the skills that employers are looking for now and in the future. This major is unique because it focuses on the illustration and interactive animation component of applications, not on the programming and design side.

The academic dean of Moore, Dona Lantz, saw the gender gap in the gaming industry and under her leadership, the college developed and launched the Interactive & Motion Arts major. Lantz says:

"We believe that Moore, as a women's college with a mission that has always focused on preparing women for careers, is well-positioned with this major to change the landscape of this burgeoning game arts industry. When developing new programs of study, one is always considering what employment opportunities students will have once they graduate. Launching this major at Moore and at this time as new technologies continue to expand how we interact with visual media on more and more devices will give our students and future alums multiple opportunities to find, forge and/or create new career paths as visual artists in existing and future fields relating to animation and games in all platforms. Likewise as the quality of the visual image continues to improve in digital arts and animation, we will expect graduates of this major to become some of the best professionals in the years ahead."

Recently hired to spearhead this new major is Geoff Beatty. Trained in the traditional world of animation, Beatty has extensive experience applying his craft to an interactive context and considers himself "lucky to have worked in some pretty non-mainstream uses, e.g., augmented reality and interactive museum exhibits." After earning his undergraduate degree in animation from the University of the Arts, he launched his career in digital technology at the MIT Media Lab. Here he created animation using artificial intelligence algorithms. Beatty then went to work for tech start-ups, using pretty much the same technology used at MIT, including Nearlife, a pioneer in the field of online entertainment and then Ingeeni Studios, a company that created online, character-based interactive games. Most recently he's creating 3D art and animation for Perfect Prototype, which is used in augmented reality exhibits found in museums and at trade shows and has earned a Master's degree in Interactive Design and Media from Philadelphia University.

As an experienced instructor/professor, Beatty is thrilled with his new role. The opportunity is the culmination of his prior experience and professional interest, and he has innovative visions for growing this program. Another plus for Beatty is that students easily connect with him because of his passion and the wealth of knowledge he is so willing to share -- clearly a winning combination for students and the college.

The creation of Moore's program is brilliant. The industry is experiencing high-growth; Philadelphia is becoming a major hub for mobile game-making companies, as well as a high-tech center. Moore College is positioned to serve a global market and benefit from the local technology market. In addition to established local gaming companies, a new incubator facility where creative and technical game developers can connect and collaborate is opening near the college. Philadelphia also is rich in networking groups and associations for technology and media: the WITI Professional Association (Philadelphia Regional Network), Girl Geek Dinners Philadelphia, and the Philadelphia Area New Media Association, just to name a few.

To help Moore College establish its place in the gaming industry, on October 17th, the college is hosting, "Game Changers: Women Game Artists Discuss Life in the Industry" as part of Game Lab's annual week-long Grass Roots Game Conference to be held in Philadelphia. This day-long event is open to the public and is free to attend. Industry leaders, such as Helen Zhang from Backflip Studios, Jessica Campbell from Bioware, and others will share their stories as they discuss the role of women in the gaming industry. This event is being moderated by Dave Inscore, formerly from Zynga.

The good news is that Moore College is helping to make the future brighter for women in the gaming industry. If you are a gal into gaming or want-to-be, I encourage you to check out Moore College's Interactive & Motion Arts program and consider attending their "Game Changers: Women Game Artist Discuss Life in the Industry" day event.