Note: Do not read on if you have not yet seen the season finale of "Girls" Season 3 titled "Two Plane Rides."

Remember the "Girls" Season 2 finale? Hannah and her friends had put viewers through nine very dark episodes, but Episode 10 tied everything up in a much-needed neat little bow.

While Season 3 hasn't been quite as dark, Sunday night's finale was rough. There was a suicide plot line. There was begging. There was cheating. There was crying. And for once, Hannah actually seemed grateful for something.

With 10 being the most self-involved and 1 being the least, see how each of the girls scored in the Season 3 finale of "Girls" titled "Two Plane Rides."

Although none of us knew she was even applying, Hannah got into the Iowa Writers Workshop. Even the harshest "Girls" critic has to admit that watching Hannah read her acceptance letter was heartwarming -- even her e-book deal didn't fill her with such a sense of genuine happiness.

Even better, it led to a great moment moment between Hannah and Marnie. Maybe out of habit, Hannah rushed to Marnie's door to tell her (former?) best friend the good news. Instead of making a snide remark or feigning excitement, Marnie jumped up and down with Hannah exactly as a friend should.

As for Adam, he was a little less enthusiastic, and it didn't help that Hannah stopped by his dressing room right before he was about to make his Broadway debut to deliver an earnest speech:

"Watching you thrive creatively over these past few weeks has made me want to thrive," Hannah told him. "I want to find a whole new world in the shape of me and just fill it up."

As bearable as she was this episode, that moment was where Hannah's self-centeredness kicked in: She probably shouldn't have broken the news that she was moving to a faraway state right before Adam went onstage. Although she expressed her visions of them staying together and being one of those creative couples, Adam was still thrown off and blamed Hannah for a sub-par first performance.

Well, you can't win 'em all. But I, for one, would love to see Hannah in a more structured environment. After all, she has spontaneously quit or gotten fired from every job she's had since we've known her.

But really? Iowa? Let's be honest here: "Girls" will never survive without one Hannah Horvath. 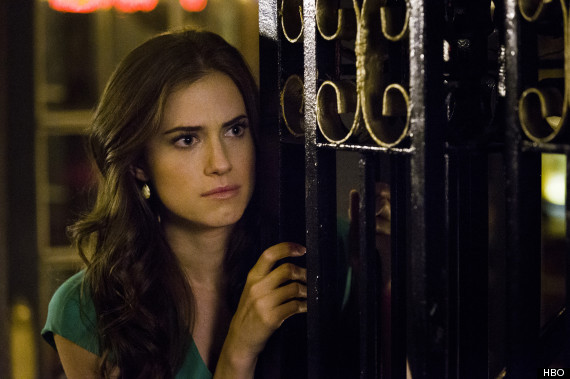 Marnie:
Marnie hasn't been dealt the best hand over the past three seasons. She's gotten dumped, rejected, and has embarrassed herself more times than I can count.

But Marnie's season finale moves were low. She stopped by Shoshanna's apartment to let her know that she'd had sex with Ray many times -- sometimes multiple times a night -- and she seemed more gleeful than nervous delivering the news.

Shoshanna proceeded to pounce on her and scream "I HATE YOU!" ... which was kind of amazing.

It didn't stop there, though. Not unlike Hannah, Marnie barged into Desi's dressing room pre-performance to give him the gift of his idol James Taylor's guitar pick. She probably bought it on eBay with money she doesn't have, but Desi was incredibly touched. So touched, in fact, that he kissed her.

Cute, except that Desi has a girlfriend, and said girlfriend confronted Marnie in the bathroom in an almost identical green dress and called her a "sad, pathetic mess."

I've spent a good amount of time defending Marnie the season. But maybe a sad, pathetic mess is exactly what she is.

Okay, this has to be Jessa's weirdest storyline to date, and she's had some weird ones. Instead of hanging out with her friends and being supportive of Adam on his opening night, Jessa is spending time with her new boss, Beadie. Beadie is very nice, except that she wants some help killing herself.

"Beadie, I'm not going to help you kill yourself!" Jessa exclaims half-convincingly, but a few scenes later she's feeding her pills in bed. Just when I thought we were going to see something truly awful, Beadie begs Jessa to call 911. She wants to live!

While Jessa may have thought she was doing something kind, really it was bizarre and illegal. She agreed to kill someone. Can someone send her back to rehab, please? 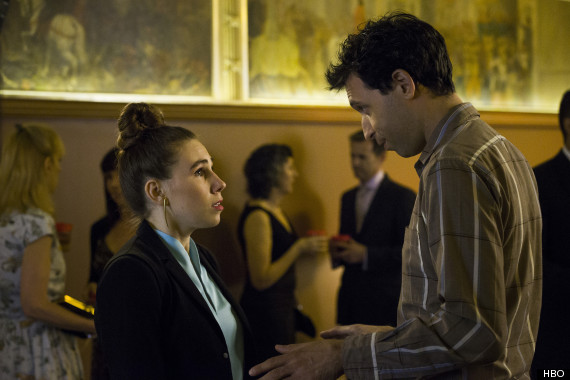 Shoshanna's story was the saddest of all, maybe because we haven't seen much of her this season. But as it turns out, she's kind of a mess.

When she finds out she's three credits short of graduating, Shoshanna rushes home to take all her rage out on her beautiful New York apartment. Just when she seems to be calming down a little, Marnie stops by with the Ray news and becomes the perfect outlet for Shoshanna's rage (see pouncing incident above).

Flash forward a few scenes later to the opening of Desi and Adam's Broadway show, "Major Barbara": Shoshanna has something to say to Ray. "We're gonna have a chat. At intermission, you're going to buy me some M&M's, and we're going to have a fucking chat."

Said chat sounds terrifying, but it's actually really heartbreaking. Shoshanna wants Ray back. And although her tears and begging clearly come more from a need for stability, watching Ray reject her is hard to swallow. Because really, we all have a soft spot for that innocent Shoshanna of Season 1. Please stop hurting her, world!