Note: Do not read on if you have not yet seen Episode 3 of Girls Season 3, titled "She Said OK."

As to be expected, the party -- hosted by Marnie and Hannah's parents -- was brimming with the unexpected. Hannah's editor David made an appearance, borrowed an Internet-enabled phone and downloaded Grindr, while Adam's sister Caroline danced circles around Ray before biting him on the arm. And really, I'm only naming a few moments here.

As for the girls, Jessa pulled a Jessa and ducked out this episode a bit, only showing up in the background to appear properly amused by the night's strange events. Hannah, Marnie and Shoshanna looked very nice in their party dresses, but that's hardly where it ended.

With 10 being the most self-involved and 1 being the least, see how each of the girls (minus the silent Jessa) scored in Season 3, Episode 3 of Girls titled "She Said OK."

It's safe to say we've never seen Hannah handle herself with such kindness and grace. When Adam's sister Caroline (Gabby Hoffman!) makes a surprise visit and says she's been horribly abused by her lover, Adam angrily tells her she's not welcome there. Hannah, on the other hand, is more than happy to take Caroline in until she gets back on her feet.

"We have all that fancy soap we stole from my parents' hotel!" Hannah whispers to Adam, pointing out that they have a spare bedroom for exactly this reason. But Adam stands his ground, leading Hannah to carefully tell Caroline that she'd completely forgotten about an old gymnastics friend she'd invited to stay.

Not buying it, Caroline reveals a patch of bruises on her inner thigh, saying she doesn't know what to call a provoked attack by someone you love. As she launches into a speech about knowing what a challenge she presents to those around her, Hannah says urgently, "Do you want to come to my birthday party?"

And that's the end of that.

Fast forward to Hannah's birthday party. She's grateful to see everyone, from her parents to good old Laird of last season's famous cocaine episode. She even indulges Marnie when she's yanked onstage to sing "Take Me Or Leave Me" from Rent (more on that later).

After a relatively successful birthday party (at least in Hannah's world, as she apparently always has terrible birthdays, it's "kind of her thing") Adam gives her a necklace with -- wait for it -- his tooth attached to it. But she loves it! It's the best present anyone has ever given her! And if she's only pretending to like it, well, more points for Hannah.

The episode closes on a disturbing note, with Caroline appearing naked from the waist down and crushing a glass in her hand. After a minor "WHAT DID YOU DO?" outburst, Hannah handles the situation with more grace than ever, telling her that everything's going to be okay until Caroline calms down. 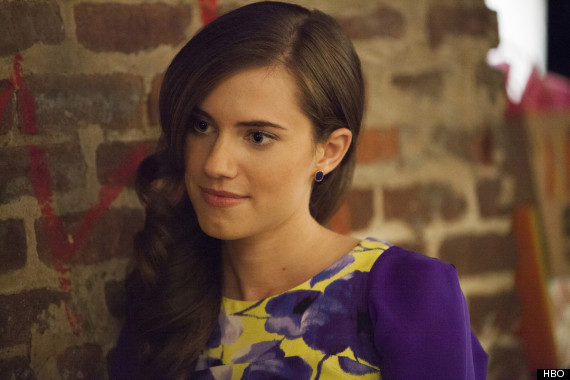 The first we see of Marnie, she's watching a YouTube video of herself performing a cringe-worthy rendition of Edie Brickell's "What I Am" while calling someone -- presumably a YouTube employee -- a moron and saying that there's no way she'll call the guy who put it up (Charlie) because he f**ing broke her heart.

But the thing is, Marnie doesn't exactly hate the publicity she's getting from her YouTube video. She willingly shows it to all of her friends, and Hannah is quick to point out that she was obviously very complicit in the making of it.

On that note, it appears Marnie is using Hannah's entire birthday party solely for the purpose of self-promotion. When Hannah thanks her for putting the party together, especially considering everything she' going through with Charlie, Marnie says it's the perfect distraction for her, especially because she'll have a "bunch of party pics" to post to Instagram. And he definitely checks it.

But Instagram is hardly Marnie's only mission. As it turns out, Hannah's birthday is the perfect excuse for a performance.

Marnie publicly invites Hannah to the stage to sing with her and, unable to say no, the two launch into a pathetic version of "Take Me Or Leave Me." When a bar brawl breaks out and Hannah quickly jumps off the stage to investigate the situation, Marnie asks everyone to please stay and continue to listen to her beautiful voice.

Sadly, only our loyal Laird remains. 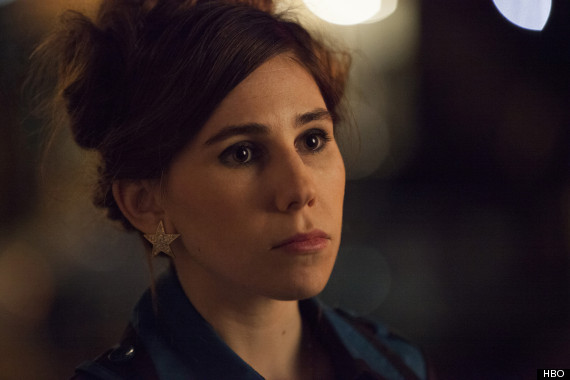 Like Jessa, Shoshanna plays a pretty small part in Hannah's birthday party ... but not in Ray's feelings. After meeting a guy at the party who says Shoshanna invited him -- by the way, they met on the street when she yelled, "Hey hottie, do you know where I can find some dank weed?" -- Ray decides to say hello to her.

But the thing is, Ray does all the talking. After a very fake-sounding "how are thinggggs" from Shoshanna, Ray attempts to prove just how great things are. Shoshanna just gives him a blank stare, which leads a broken-hearted Ray to tell her that he doesn't want to be friends with her. Although her expression is hard to read, Shoshanna doesn't appear to be all that upset by interaction and goes back to smoking a cigarette. Poor, poor Ray.

In other Shoshanna moments, instead of offering Marnie comfort about her YouTube video (if that's what she was going for), she quickly starts reading the comments out loud, exclaiming over:

"Please stab this Disney princess in the face and shut her the f*ck up." Ouch.

Even better, our favorite clueless college student said the worst possible thing you can say to three girls who have been out of college for four years.

"It's really amazing that all three of you have accomplished so little in the four years since college. I mean, think about it. Four years."