Last week's episode ended with one big question, and this week's felt like a half-hour Q&A session. Why does Adam have a girlfriend? When did Hannah and Adam officially break up? Why is one of the walls in their apartment torn down? Whose name is on the lease for this apartment? WTF, Jessa? Incorrigible as she may seem, the writers employed a clever sequence to ensure empathy for Hannah: subject her to an incomprehensibly cruel breakup, show how crappy her friends can be (Shosh excluded), add a minor injury and top it off with a heartbreaking storage unit slumber party for one.

Apparently, Hannah and Adam left things "open-ended." While Hannah follows that "open end" all the way to Midwestern moody post-grads and back, Adam found the erudite blonde artist of his dreams (Gillian Jacobs). Hannah learns Jessa introduced Adam to Mimi Rose Howard ("That's not a name. That's a woman's name and a man's name with a flower stuck in the middle of it.") Shosh employs the BFF Breakup Emergency Protocol skillfully: tea, compliments, and a good Googling strategy. Ray stops by for some bacon and projection. No one knows where Marnie is, and everyone is angry about it until she finally shows up and turns out to be quite the pinch hitter. In an earnest tone lacking Marnie's trademark cloy, she tells Hannah to let Adam go. Toward the end of the episode, Adam and Hannah finally have the breakup talk we never got to see. We'd prefer this episode have ended with a champagne-soaked rendition of Jay Z's "Onto the Next," but Hannah retreating to the Fort Greene storage unit and the remnants of her former life is one of the most compelling scenes this season. 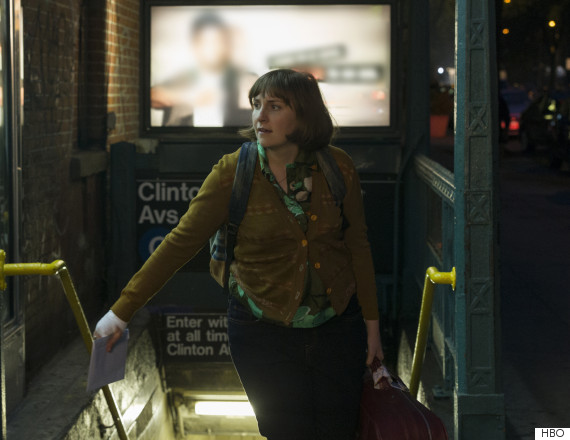 1. Hannah in response to a third offer for tea: "Why is everyone acting like tea is some sort of magic elixir that will make it so Adam doesn’t have a girlfriend anymore?”

2. Caroline on her brother Adam's romantic history: "He’s really at his best when he’s nurturing the poor, the lost, the profoundly damaged. Which is why you were so perfect for him.”

4. Adam on Hannah's sulking timeframe: “You don't know Hannah. She’ll stay in there until we have a new president. She’s stubborn as f**k and likes to be in a bed a lot.”