These girls have a right to wine about this cruel prank.

The girls, who are members of the all-girl air band, Doppelganger, were told they would be sampling a Korean herbal wine with strong medicinal properties. Before they knew it had feces in it, the ladies' reactions were quite positive.

"Oh, wow. When I heard this was medicinal herb wine I thought it would taste strong, but I was completely off the mark," Mami Hoji said. "This is really good, and easy to drink."

Hoji's bandmate agreed. "It’s much easier to drink than I thought," Asami Oda said. "I keep finding myself sipping away at it."

Unsurprisingly, when they found out the drink had fermented human poop in it, the girls did not find it so appetizing, according to Food Beast:

Of course, after the truth was divulged, the girls completely changed their imaginary-instrument-playing tunes and insisted the drink tasted like poop, but with such a drastic turn, it would seem the only way to know the true taste of ttsongsul would be to try it for yourself.

Now This Is News reports that feces wine doesn't always have human excrement in it. Animal feces can be used as well.

The site also notes that, while the drink is a traditional one, it's rarely imbibed in Korea or anywhere else. 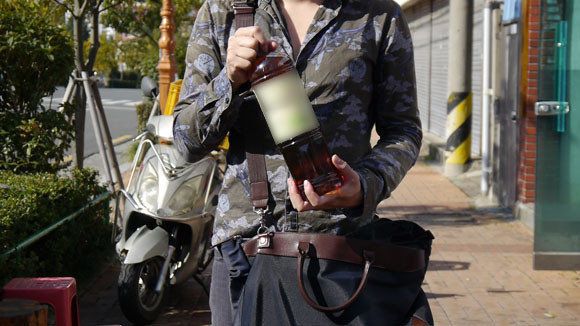