For many moviegoers, characters that cross-dress might seem like a more recent phenomenon--as far as mainstream films are concerned.

Looking back, there's Some Like It Hot, in which Tony Curtis and Jack Lemmon dress as women and join an all-girl band in order to hide from the mob. That was released in 1959. And then there's Psycho, in which Anthony Perkins plays a killer who wears his dead mother's clothes. That debuted in 1960. 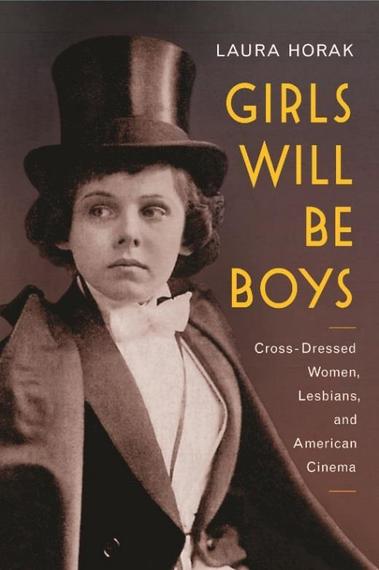 The depiction of characters that cross dress, in fact, goes back to the beginnings of film. And what's more, gender bending wasn't always played for laughs, nor was it always meant to show the unsavory side of a character. It could mean many things.

A new book by Laura Horak from Rutgers University Press, Girls Will Be Boys: Cross-Dressed Women, Lesbians, and American Cinema 1908-1934, examines the history of gender-bending female characters in films made in the first decades of the 20th century. What's surprising is that there were hundreds of such films, and that some of them included major stars we still know, like Katharine Hepburn, Marlene Dietrich, and Greta Garbo.

Scouring film archives, as well as trade publications and old studio records, Horak uncovered 476 titles featuring cross-dressed women. Though many of these films no longer exist, as is the case with many early films, Horak was able to view nearly 200 surviving examples.

Girls Will Be Boys tells the story of what Horak found. The book takes its title from a line in a 1917 newspaper article about women who found freedom in acting like men in the movies, and how that gender mobility seeped into everyday life.

Surprisingly, Horak found that cross-dressed characters regularly appeared onscreen in the 1910s and were popularly regarded as wholesome. One-time superstar Marguerite Clark played both of the title roles in The Price and the Pauper (1915). There were also female Hamlets, Marie Doro (Chaplin's 1st crush) in Oliver Twist (1916), female boys, and the "Thanhouser Kid" (Marie Eline, depicted on the cover of Girls Will be Boys).

As society began to change in the wake of the First World War, the perception of cross-dressed women also began to change. In the late 1920s and early 1930s, Garbo, Dietrich, and Hepburn all made strong impressions with their onscreen (and sometimes off screen) cross-dressing. These seemingly daring performances came at the end of a long wave of gender-bending films. And things would change again. 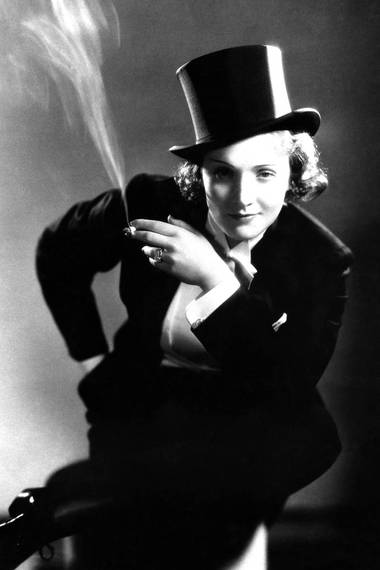 Marlene Dietrich in Morocco (1931), courtesy of the author

Girls Will Be Boys: Cross-Dressed Women, Lesbians, and American Cinema 1908-1934 is a good read. It is thoroughly researched, well argued, insightful and readable. Anyone interested in LGBT history, film studies, or the early 20th century will appreciate this recommended book.

Horak, a U.C. Berkeley grad, is now an assistant professor of film studies at Carleton University in Ottawa, Canada. On May 31, Horak returns to the Bay Area to speak about her book at the GLBT Historical Society in San Francisco. Horak will discuss her work with Jenni Olson, filmmaker, author and LGBTQ cinema expert. Additional information on the event can be found on the GLBT Historical Society website.

And on June 5, Horak will introduce a special program at this year's San Francisco Silent Film Festival. Inspired by her new book, this two-film thematic program includes two comedies that feature cross-dressing protagonists. 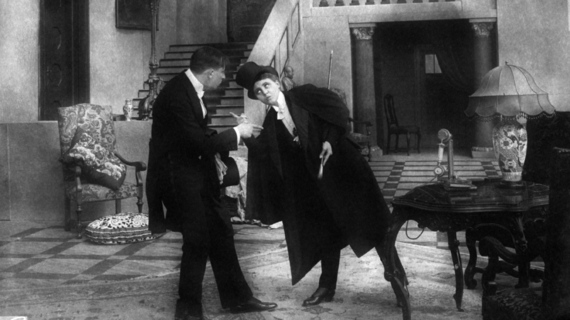 One of the films is Ernst Lubitsch's 1918 German comedy I Don't Want to Be a Man (Ich möchte kein Mann sein), in which a high-spirited teenage tomboy (played by German film star Ossi Oswalda) longs for the freedom to smoke and drink and carouse just like a man. As a result, she has herself fitted for a tuxedo. Trouble ensues.

Also on the bill is a restoration of the 1926 Hal Roach production What's the World Coming To?, which takes place in a future "one hundred years from now--when men have become more like women and women more like men." The film opens with the "blushing groom" approaching the altar where his tuxedoed bride awaits. 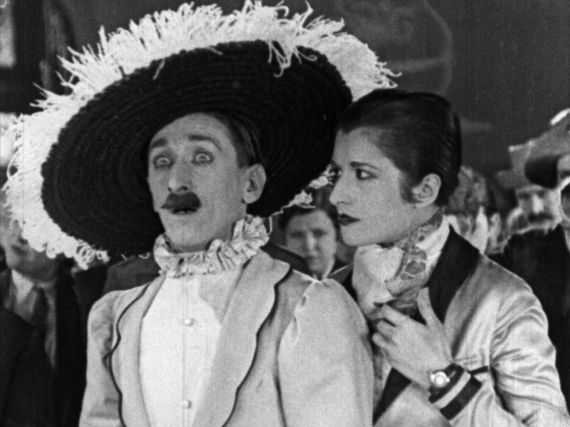 The Festival's opening night film also features a character who assumes a different gender. Beggars of Life (1928) is a terse drama about a girl (played by Louise Brooks) dressed as a boy who flees the law after killing her abusive stepfather. Though not discussed in her new book, Horak wrote about the film back in 2007, when the SFSFF first screened the William Wellman-directed silent.

Thomas Gladysz is an arts and entertainment writer and regular contributor to the Huffington Post. In the past, his work has also appeared in The Sentinel and Bay Area Reporter. Gladysz is the founding director of the Louise Brooks Society, a website begun in 1995. He contributed the audio commentary to recently released Louise Brooks film, Diary of a Lost Girl (Kino Lorber).