It's Gisele Bundchen like we've never seen her before.

The supermodel might be famous for her glorious, flowing tresses, but the 33-year-old model rocks an edgy buzz cut that we simply love in Balenciaga's latest ad campaign. Along with the cropped style, Bundchen sports thigh-high leather boots and strikes a serious power pose.

Vogue Spain notes its dramatically different from "the image of femme fatale for Emilio Pucci or of the pure nostalgia of Isabel Marant" in previous ads. The look is an entirely new one for the model, who acted as a muse for Balenciaga artistic director Alexander Wang.

“This is how I see Gisele for Balenciaga; strong, powerful, mysterious and uncompromising,” Wang told Women's Wear Daily. “This season we worked with this idea of vanity, staged in a room filled with mirrors. But the cracked mirror is a continuing thread from the marble veins and creeping ivy leaves from seasons past.” 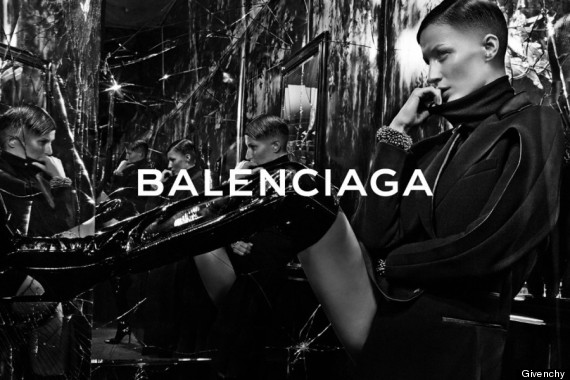 The campaign, shot by Steven Klein, is set to appear in magazines in September. This is not the first time Bundchen has posed for Balenciaga. The model appeared in a tomboy-inspired look for the brand's Spring 2011 ad campaign. She also returned to the runway to walk in Balenciaga's Spring 2011 show and made quite the statement in flats.