Gisele Bündchen is on a roll! Just one month after the supermodel was named the new face of Chanel No. 5, she's been tapped to front the fall campaign for Stuart Weitzman.

The luxury shoe brand has swapped its current (and iconic) supermodel spokeswoman, Kate Moss, for the Brazilian bombshell. Moss held the gig for two years, but her contract expired. The model will return to striking a pose for David Yurman -- a role Bündchen has also held.

“Gisele [is] such a seasoned professional,” Weitzman told WWD. “She exemplifies the Stuart Weitzman woman with her zest of life, love and family.”

Bündchen will also be bringing the sexy -- a distinct theme that's run throughout all of Stuart Weitzman's ads. In the first released image from the fall campaign, which was shot by Mario Testino, the 33-year-old model lounges topless in a pair of white jeans and sleek black booties. We'd say that the footwear company made the perfect replacement choice.

Here's a look at Bündchen's first ad for Stuart Weitzman. Are you fan? 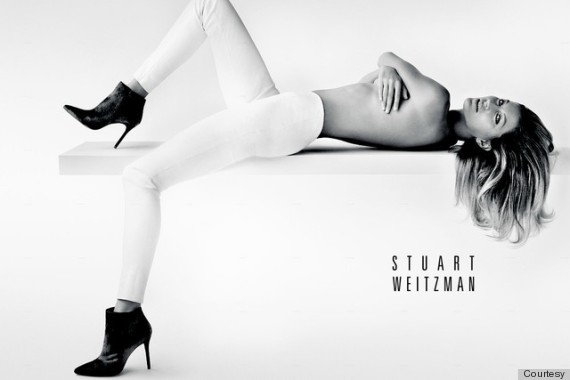