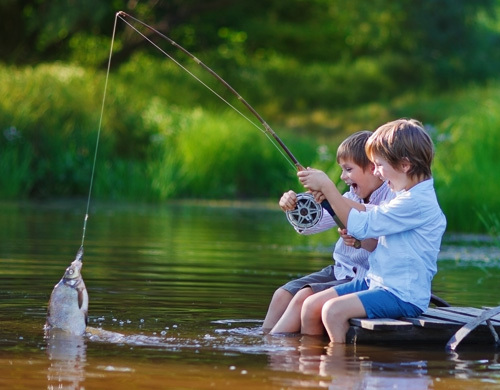 Everyone knows the saying about giving a man a fish vs. teaching a man to fish. They don't know the part about designing, piloting, and evaluating fishing-education programs, because I just made it up. All three of these fish-related functions are necessary. Someone needs to establish soup kitchens, for example, to help people who need immediate help, even though it does not create a lasting solution to world hunger. Philanthropies throughout the world exist to help people fill their basic needs. Others focus on education and development to build the capacity of individuals and groups to solve their own problems more permanently.

At the top of the "teach a man to fish" pyramid, at least in my mind, are the very few philanthropies that use their resources to support rigorous research evaluating various solutions to societal needs and, even more rarely, to support the very idea that evidence should be the basis for decisions that affect people in need. In education, just a few foundations work in this space. Annie E. Casey, Edna McConnell Clark, Spencer, and W. T. Grant, among others, come to mind.

This space is small enough that when a major foundation greatly increases its commitment to supporting evidence in education, that is reason for celebration.

Well, get ready to celebrate. The Laura and John Arnold Foundation (LJAF) of Houston has announced that it is setting up a new Evidence-Based Policy and Innovation division in Washington. Its purpose will be to encourage policy makers to utilize evidence and data in their decision making. But not just encourage. According to the Arnold Foundation's press release, it wants evidence and data to be "the primary factor" in policy makers' decisions. That idea alone is revolutionary!

The Arnold Foundation was able to attract two very big fish to run their new division. Kathy Stack has spent a long career at the U. S. Department of Education and then at the White House Office of Management and Budget, where she most recently led the Office of Evidence and Innovation, infusing evidence and evaluation into the work of numerous agencies. Jon Baron has been the most effective advocate for the use of evidence in policy making outside government. His Coalition for Evidence-Based Policy has been a major force behind the evidence movement in all issue areas, including quietly building support for tiered evidence in education. Jon's entire coalition is moving with him into the Arnold Foundation.

Philanthropy works best when it works just ahead of government, taking risks and demonstrating ways for government to do its work more effectively. The resources and clout of the Arnold Foundation combined with the experience and capability of Kathy and Jon represent a new force in Washington ready to promote sensible and much-needed policies that insist on evidence of effectiveness in government.

Watch out, fish. There's a new fleet in town!