If you look at the numbers, Barack Obama should be a Republican's dream president.

Gas prices are hovering around $2 per gallon in some parts of the Palmetto State -- about where they were when the Democrat took over in 2009 during the imploding economic recession. The stock market recently broke 18,000 -- yes, 18,000 -- and is setting new records all of the time. Corporate net profits have tripled over the last six years. Unemployment is down to pre-recession levels. Two ground wars are over. And contrary to NRA fear mongering, Obama hasn't taken away anyone's guns.

The list of accomplishments, particularly economic, is impressive. Yet, all you hear around water coolers and tables full of Republican men at breakfast is harping and carping, moaning and groaning, about how bad Obama is. 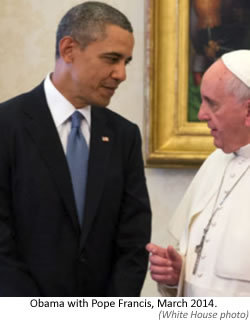 With the economy not sputtering, with headlines that say America will lead the world's economy in 2015, with a revived auto industry and Wall Street, what more do Republicans and Fox News want?

Sure, Obama has had problems. He's had a recalcitrant U.S. House that opposed him so much that it shut down the government and voted dozens of times on toothless measures to get rid of the Affordable Care Act. He sometimes seems slow to act and hasn't responded well to scandals, such as the suggestion that the White House orchestrated the IRS to be tough on conservative nonprofit applications (which the GOP eventually admitted wasn't true.) Like predecessors, he got whacked in mid-term elections. Like Reagan before him, he increased the national debt a lot. And Obama has sometimes resorted to a go-it-alone strategy when he couldn't woo Congress.

But even if Republicans don't like him in the nation's increasingly venomous partisan environment because he's a Democrat or because he's (egad!) black, they need to face the reality that the country is on the right track economically, in large part, because Obama and his team pushed the country forward.

There was even a 2013 article in Forbes magazine, not the most liberal of publications, that wondered whether Obama could be the country's best president economically: "By all measures, President Obama has outperformed every modern President," said Bob Deitrick, co-author of "Bulls, Bears and the Ballot Box." "The easiest comparison would be to President Reagan, whose economic performance was superb." Since then, things have gotten even better.

So consider these indicators:

Obama, a master speechmaker, has communications as his administration's biggest weakness. It hasn't told the story of the hard work done to rescue the sputtering economy and make it strong again. If Democrats want to win in 2016, they'd better start telling their story better and not let Republicans tell it for them.

Andy Brack is editor and publisher of Statehouse Report, where this commentary first appeared.

Editor and publisher, StatehouseReport.com; President, Center for a Better South