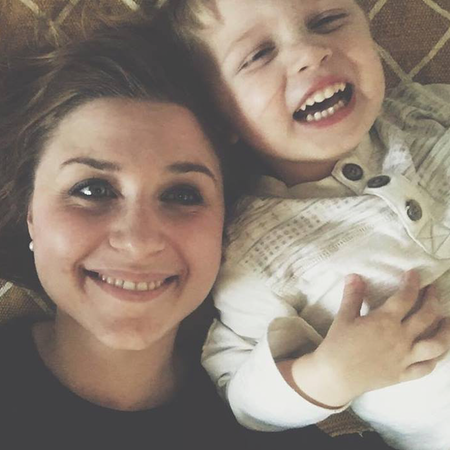 I watch him play on the floor, only five feet away. He sits with his dinosaurs, a few cars, and some animals, talking and creating his own world with them: making up names, having full conversations, and dancing so freely, all while I sit nearby. I watch in amazement at the little human I grew within me, who, once just a speck, is now a little boy with personality and imagination. I walk over, breathe in the scent of his hair, and kiss his still-squishy little cheeks. He turns 3 next week, but his baby face is still in full bloom. The dimples still sit on his knees and elbows, perfectly formed since the day he was born. He talks more now -- a lot more. But so much of our life looks different looks now than the original plan. Our family is smaller. It's just us: him and me. The five-year plan I once held sits shattered on the floor like a cruel joke, and yet, our family of two is strangely enough. After I had my son, I left my husband. Life, since then, has looked incredibly different than the way I first pictured it.

I was raised within a nuclear family model, mom and dad married and living under the same roof. My father worked outside the home, and my mother, within it. I was one of three siblings, and although my family had its fair share of dysfunction, we were together for it all. Being together -- parents and their children -- was what I valued. Growing up, I was always the reliable and boring type. I like to say that my brain developed first and my social skills came second. I spent my early years hiding away, my only company my books and one or two close friends. I valued order, structure, and reliability, and when I married young, between my junior and senior year of college, to a boy from my hometown, I knew then that I'd made a forever commitment. As I read my vows aloud, I knew in my heart that I was prepared to fight. I knew, even when times were hard, that I'd never, ever go back on my promises. 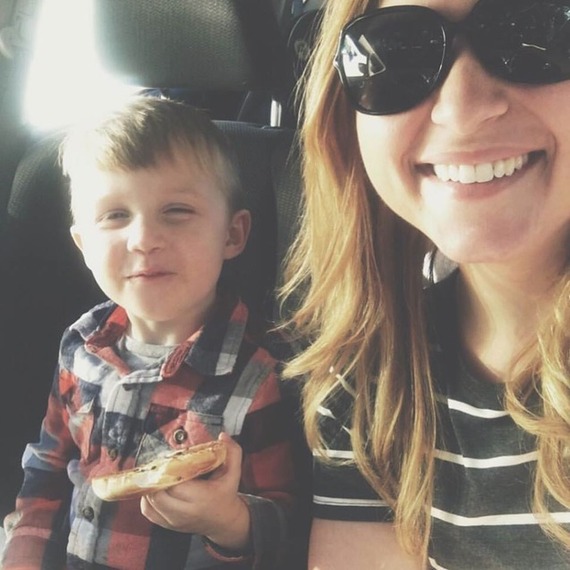 Divorce had never been an option for me. And yet, the years wore on and the vows I made endured hurt and pain from words my partner and I flung through the air like knives. It wasn't until my son, my perfect little blonde-haired boy, entered my life that I realized I didn't want this life for him. I realized I needed to leave for his sake. I spent years debating and deciding at what point my last straw would be, and it came, one cool winter day. Suddenly divorce was the only possible option. I didn't want to raise my son in a home like ours had become, one torn apart by verbal and emotional abuse. I took the leap and laid into the unknowns ahead of me. And I left my husband.

It wasn't long after I left, bags in hand, Lincoln's little arms wrapped tightly around my neck, that the adrenaline wore off and reality set in. The world now rested on my shoulders. The burden of it all, the fear of what was to come, and how I would manage and provide and carry him all on my own plagued me. All the plans I had for Lincoln, all the promises I whispered as he grew safely within me, they all felt like lies, big oaths on which I could no longer follow through. I felt like a failure. I couldn't provide for him all the things I'd hoped. I couldn't even provide him a healthy home. I couldn't keep us all together and keep him safe. He deserves more than me, I thought. I don't have much money. I have to work full-time and can't stay home with him. Our apartment is small and the cheapest I could find. I'm not even a good cook. 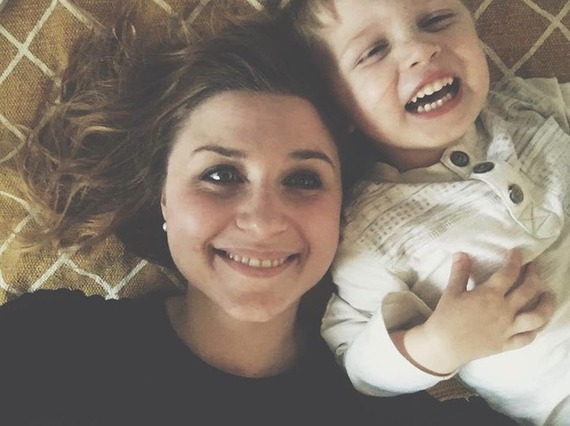 But I realized that my definition of what family should look like didn't matter. What mattered was right in front of us: him and I. After my divorce was finalized, I wasn't prepared for the doubt and the shame my neighbors, the elderly, and concerned friends and family assigned to me. They treated me as if I was freshly incompetent. Incapable of seeing clearly. Incapable of seeing anything at all. They each gently pulled me aside and reminded me that I needed to "find a good man," and "rely on my parents," adding that I should know I "couldn't do this on my own." How silly was I, then, to think I could? 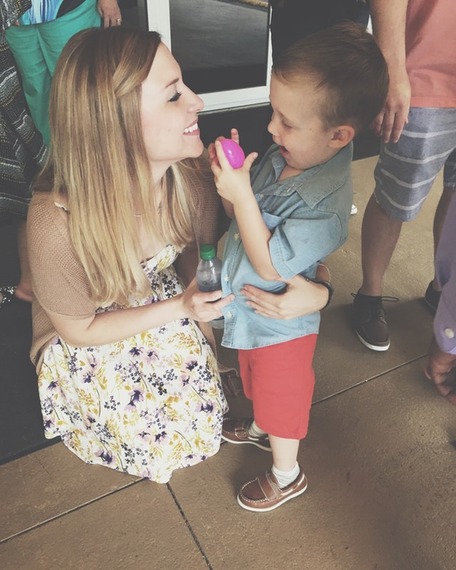 There is so much that I cannot give him, but so much more I can. Like a roof over his head, a home overflowing with love, and a little apartment with an old, teal carpet that may not look like much, but it's where our most precious moments together were formed. I can give him a belly that never goes hungry and is filled with all his favorite foods, my hands taking the time to peel the skin off his apples and cut the crust from his sandwiches, exactly the way he likes. I can give him time as I lay across the floor, next to him, crashing cars, talking like animals, and putting together puzzles. I can make sure he has cheeks that are well-kissed and ears that never go without hearing their bedtime prayers and enough "I love yous" to last him through the nighttime hours until it's morning and I can start all over. I can give him my arms, worn from work and little sleep, but still strong enough to rock him one more time. I can give him a heart that has known sorrow and pain, but loves more richly, deeply, and wholly as a result. 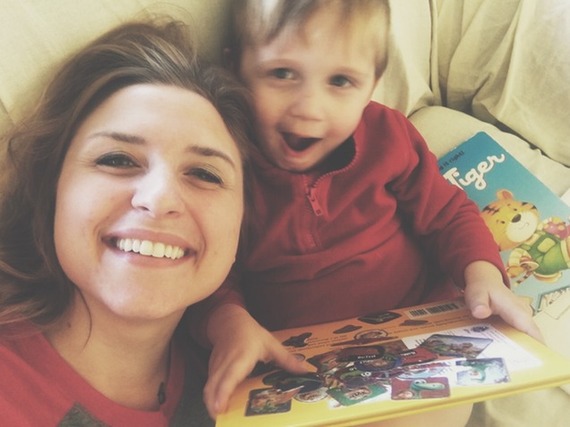 I don't have much to my name, but what I have matters. I can't give him the world, but I certainly can give him love. I'm learning that it isn't structure or size that makes a family, it's love. And thankfully, we have more than enough of that.

Why I Told My Sons The Truth About My Bipolar Disorder

Living With Depression Has Been Hardest On My Kids