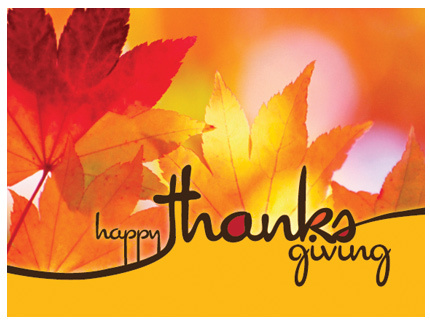 Holidays focus us on the highest expressions of our humanity.
Do we share and are we thankful and loving for just one or two days? For a season?

What a beautiful ritual we invented, celebrating holidays.
Rituals train us in the ways we desire to be on all days.

You may know that the word "holiday" comes from the Old English meaning "holy day," a day to honor that which is sacred. Holidays focus us on the most sacred, highest expressions of our humanity.

Every year on the last Thursday of November in the United States we celebrate Thanksgiving, the essence of thankfulness. It is known that the Greeks, the Romans, the Egyptians, the Chinese, the Canadians, and surely many other cultures also pay homage to the harvest, the resplendent fruits of the Earth that sustain us and give us pleasure.

On Thanksgiving we come together with family and friends to feast and honor the bounty that is ours, that daily, we have come to expect, and in these uncertain times, that none of us can take lightly. We're grateful for all we've been given, and consciously bestow thankfulness on the people who matter most to us. 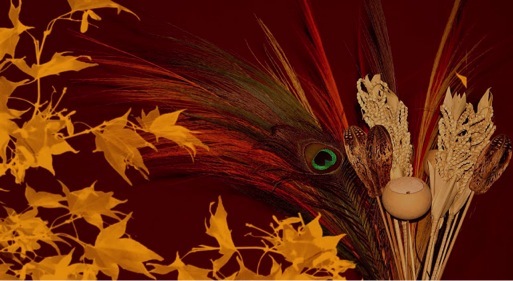 In contrast, we know that holidays can also bring out loneliness and remind us of those less fortunate in worldly possessions or emotional and spiritual fulfillment. Holidays provide the opportunity to share our bounty, our gifts with others.

Looking from the whole of life, you realize that the fact of the holiday itself cannot be taken for granted.

THANKSGIVING CAME ABOUT AFTER TRIALS AND TRIBULATION
When I researched how Thanksgiving came about, I discovered that even a day dedicated to giving thanks went through trials and tribulations before people could agree that a national holiday should be established. 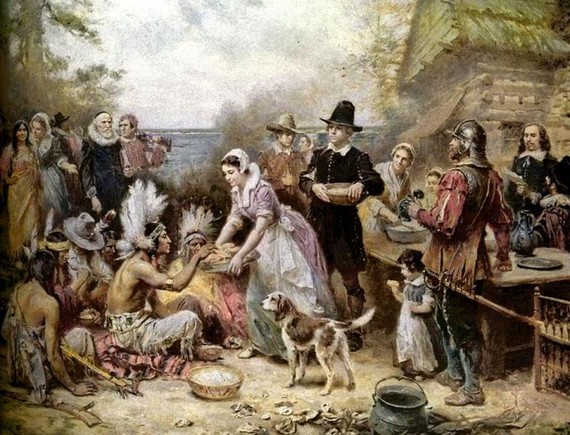 Thanksgiving originated when a group known as Pilgrims left England for religious freedom, came to what was then considered The New World, and were aided by Native American Indians to survive a harsh winter in 1620. When their crop was bountiful the following year, they celebrated. The Governor declared a holiday for the settlers and for the Native American Indians who could now live in peace together. That peace soon turned into conflict again.

There are divergent stories as to what actually happened during the ensuing years of continual conflicts over land ownership and other racial, religious, and political power struggles. It took a few hundred years before people could agree that Thanks Giving should become a national holiday. Through the efforts of a journalist, Sarah Josepha Hale, who fought for it for 40 years and a president (initially Lincoln) who finally declared it as a national holiday, we get to celebrate many happy Thanksgivings. We truly are interconnected and interrelated, well beyond our own era and our own lifetime.

Ironic isn't it that even a holiday meant to celebrate harvest and peace was itself fraught with controversy and conflict.

This does tell us something about ourselves and the state of our own human evolution. As much as we like to imagine ourselves as exhibiting all the noble traits and our divine nature, it is time to finally become aware of all the nonthinking ways we react to situations and one another.

When you realize we have the opportunity now to consciously evolve ourselves to a quantum reality of unity -- wow, we really have something extraordinary to be thankful for! What must evolve now is our very own consciousness -- our awareness. The paradox of an evolution in consciousness is that it must be chosen, consciously.

The task of our own mastery is to express the highest, not just on declared holidays, but as our daily way. To live this wisdom takes awareness, awakening, and action.

OUR SPIRITUAL HARVEST
We give thanks for our physical harvest. 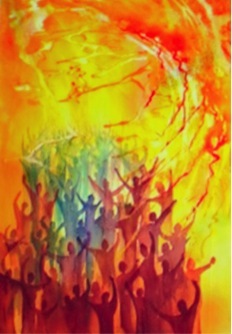 What about our spiritual harvest?
What greatness are we cultivating in ourselves, moment by moment?
What seeds are you planting?
What nourishment do you give, day by day, to the seeds of kindness, of compassion, of respect, of cheerfulness, of thankfulness, for yourself, for others, for all the amazing treasures of creation -- from your morning grapefruit to the person sitting across the breakfast table from you sharing it.

Traditional cultures honor the sun as it rises and sets, thank the animals that give their lives for us, and cherish the water that we drink. What can we say is not sacred?

The holiday rituals focus us on the highest aspects of ourselves.
Do we share and are we thankful and loving for just one or two days? For a season?

To reap a bountiful harvest of our humanity requires daily attentiveness beyond the celebratory rituals that so beautifully and dutifully remind us.

As we make this quantum leap to living in our highest nature, our holi-days will not only conjure our sacred qualities, they will be a true celebration of them.