It's been a long time since I thought of give and take as an equation and balance. Just yesterday, I was reminded of how you can be taken advantage of when you are a "giver." A few years ago when I was looking for meaningful work, I often felt that way. I didn't have much money, so I always felt like I had to give in other ways, which often included my time. More importantly, I was trying to re-invent myself. That meant asking others for introductions, invitations to speak at networking events I was organizing and reciprocity in being invited to events. This put me in a situation where I felt committed to return the favor and compelled to give more than I was asking for in return.

I was always doing what I could to help others and responding to as many requests as I could. I treated people like I wanted them to treat me. And along the way, there were always times when I felt I was being taken advantage of by the "takers" who never gave back. But once I read Adam Grant's book, Give and Take, I realized some very simple things that would allow me to continue to be a giver, but not feel that sense of being taken advantage of by the "takers."

The 5-Minute Favor
In Give and Take, Adam Grant talks about how Adam Rifkin was able to give to so many people. He called it "a 5-minute favor". This approach has transformed how I look at giving, and doing "favors" for people. If I can do it in five minutes, I will. For example: When people used to ask me to look over their resume and give them feedback, I used to read it, give them suggestions, reply back, have to justify why I was suggesting changes, and more back and forth. To top it off, I wasn't even a resume professional! Now, I get those same emails, and immediately reply back connecting them with someone who does work with resumes professionally. Instead of taking 45-60 minutes of my time and half-helping one person, it now takes me 60 seconds and I help two people in the best possible way: one by connecting them to a professional and the other, by giving them a potential client.

Focus
I used to give to just about anyone and anything. After attending Summer Brand Camp and Changers of Commerce a few years ago, I was approached by people at my current employer, Be The Change Revolutions, about joining the No Kid Hungry Social Council. Little did I realize it at the time, but focusing my giving to one cause, allowed people to feel my heartbeat. They knew what I was passionate about and where my time and energy was being spent on. This isn't to say it stops people from asking me to help with other things, but it makes it easy for me to remind people what I'm really passionate about. I'm much more likely to help if it has to do with ending childhood hunger. 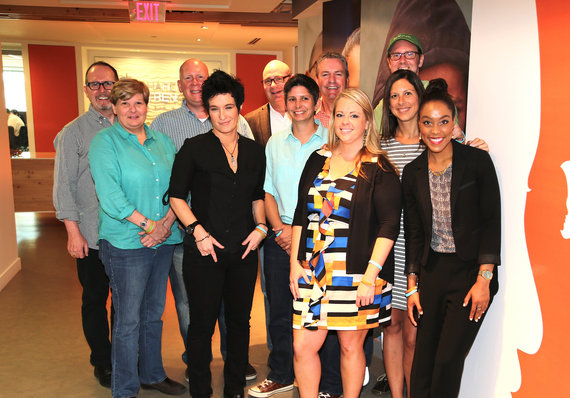 Saying No
While I wish I could say yes to everything and everyone, it's just not possible. Bob Burg, author of Adversaries Into Allies, has taught me the power of saying "no" graciously. While saying no can be very difficult, especially for a giver, the alternative can cause you to do things you don't really want to do or potentially offend someone. There are two thing Bob talks about that can help you in saying no graciously:

Be Definitive
I used to give excuses, such as I didn't have time or I had another commitment. The problem with this is they can tell me it won't take much time or can change the date to accommodate my schedule. Now I use a method similar to generic example Bob uses, "Thank you for your kind offer. While it's not something I choose to pursue, please know how honored I am to be asked."
No Excuses
Just because you are definitive, and gracious, doesn't mean you won't be pushed further. When they say they really need you, or ask you to clarify why you don't want to, just stand your ground and use an example like Bob shares, "I'd just rather not, but thank you SO MUCH for considering me."

Don't Get Taken
It took me years to realize it, but there are people who will take from you at your own expense. They will take as much as you are willing to give and if you are a generous soul, that could be a lot. This does not mean that we need to stop giving but to be more respectful to ourselves and realize the world is made up of givers and takers. It's a simple reality.

As Adam Grant explains these takes are in it for themselves. While they don't intentionally take advantage of you, their drive to succeed will take from you at your own expense. Personally this was draining for me as a giver. Now, I look for others who are looking at what's in it for us, or we, instead of just what's in it for me.

Giving is the key to success for me. Every time I give, I create a ripple. If I make those ripples in a focused way, surrounded by others who want to help amplify those ripples and make as many ripples as I can, giving will become a wave you will ride to success, happiness and fulfillment.