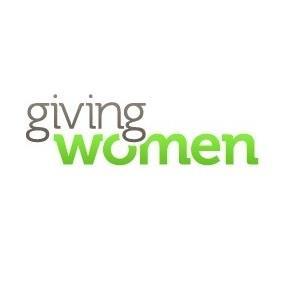 The refugee crisis has been given wide coverage for well over a year now and our emotional response to this humanitarian crisis is often influenced by the way it is reported. There can be little doubt though that there is a wave of anti-immigrant sentiment spreading across Europe. However, in the midst of such a crisis, there is a great level of humanity being shown from established philanthropists to volunteers who have taken the time to head to the Greek islands of the eastern Aegean - the main gateway for the majority of refugees.

Giving Women, founded in 2008 by Atalanti Moquette and Brigitte Reverdin, organises a conference each year, which focuses on a theme related to girls and women. Because migration has dominated the front pages for a significant amount of time, it seemed appropriate and logical that this year's conference is to centre on this topic. I have been given the opportunity to attend Giving Women's 6th annual conference in Geneva, which takes place on October 6th. It's objective, as Atalanti emphasised, is to highlight the fact that the crisis goes beyond what is reported on a daily basis. The sight of mainly Syrian refugees making the perilous crossing into Greece, there is a much broader issue of displacement around the world with people fleeing their homelands due to conflict, leaving their rural villages to find livelihoods to support their families at home, or victims of climate change and natural disasters.

The main goal of the conference is to discuss the issues and why they happen, but also to focus on solutions that are helping to deal with the challenges faced by this ongoing crisis. Making a difference by finding ways to resettle hundreds of thousands of displaced peoples is the target of organisations such as Giving Women.

Michael Moller, the Director-General of the United Nations office in Geneva, will introduce the upcoming conference. Mr. Moller gave a recent interview to the Huffington Post where he openly criticises the 'misrepresentation' of the crisis and emphasises the fact that the number of refugees entering Europe is actually tiny compared to the overall population. One telling point is that he questions a phrase that has been repeated countless times that this is 'the biggest migration crisis since the Second World War'. He explains his anger at how it has been handled and believes that Europe has the resources to manage the situation in a much better and effective way.

In addition to Mr. Moller, there will be several other keynote speakers at the conference. The ultimate objective on the day will be to discuss ways to deal with the situation in a much more effective way.

Giving Women's mission is to 'make a meaningful difference in the lives of girls and women in need'. As a staunch believer myself in making a difference in whatever path one chooses, I am looking forward to attending the conference in order to gain a deeper understanding and insight into these global issues. I hope this has given you the incentive to read my report on the conference once it has taken place.