Roberts, 42, who came out as gay in 2006, accepted the group's Vito Russo Award for promoting equality in the gay community.

The award, named after the activist and film historian who was one of the founding member of media advocacy group GLAAD, was presented to him by Lynda Carter, best known as television's "Wonder Woman" in the 1970s.

"It was liberating, and frightening as hell," Roberts said, recalling the period when he became open about being gay.

"People like me were considered immoral at best, a joke," Roberts said, noting that while things had improved for gay people, "we have a long way to go."

Accepting the Excellence in Media Award from Cooper in recognition of her advocacy for gay issues, Ripa, co-host of the daily "Live With Kelly and Michael" reflected that she thought it a bit odd that "I should be celebrated for treating people like people."

In other awards handed out at the 26th annual ceremony, Sports Illustrated was cited for outstanding overall magazine coverage, with the honor accepted by groundbreaking gay athletes Jason Collins and Michael Sam.

"Lilting," about the relationship of a mother and her son's lover following the son's death, was named outstanding limited release film, while Showtime's "L Word Mississippi: Hate the Sin," about gay women living in the southern United States, won the documentary prize.

GLAAD presented other awards in Los Angeles last month, honoring "The Imitation Game," "The Normal Heart" and filmmkaer Roland Emmerich among others. 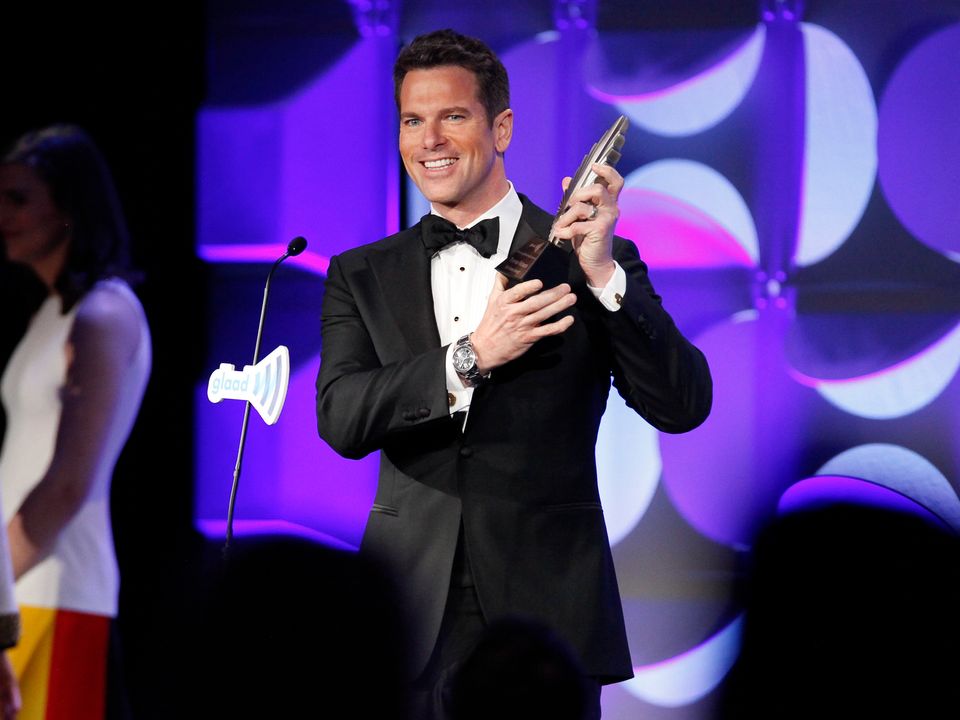