Is the web looking a little... purple?

This October 19, prominent tech companies are taking their third annual stand against bullying by "going purple" in honor of Glaad's #SpiritDay. Facebook, Tumblr and Instagram are just a few of the organizations that will change logos and upload photos, all splashed in purple.

If you want to show support for #SpiritDay, click here to change your profile picture. An app sponsored by Glaad will quickly add a purple filter to your current photo, as well as give you an opportunity to leave a message about the movement. Check out the image below for an example:

Here's a look at how some tech companies are showing their support: Tumblr, the blogging platform where #SpiritDay was created, has decked out its Storyboard page as well as released a video from the movement's creator Brittany McMillian. See what she has to say about the event (below):

Meanwhile, Facebook said its employees around the world are wearing purple in support of lesbian, gay, bisexual and transgender (LGBT) youth. The social media site has also added a purple hue to its Facebook Diversity, Stop Bullying: Speak Up, and Facebook Safety pages. The company has supported the LGBT community with several updates to its site, including the addition of relationship status options such as "civil union" and "domestic partnership," in 2011.

For more information about the tech companies involved with #SpiritDay, head over to Glaad's website (here). You can also tweet about the movement by using the hashtag #SpiritDay, or download the organization's anti-bullying app from the Apple Store store and Google Play. 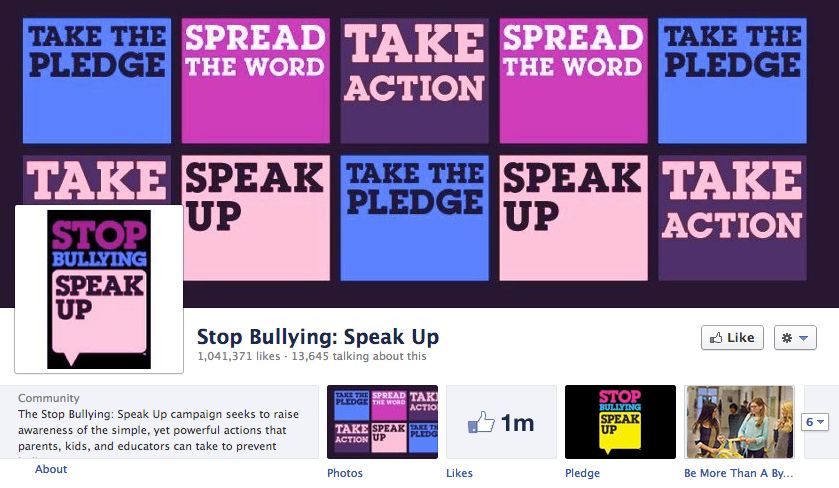 1 / 9
Facebook's Stop Bullying: Speak Up Page
Source: <a href="https://www.facebook.com/stopbullyingspeakup">Facebook </a>