It was beginning to look at lot like Christmas -- except Santa's warm and friendly workshop was replaced by an artificial glacier.

Simon Malls issued an apology over the weekend after facing an online backlash about its new "Glacier Experience," a Santa display set up at seven malls that didn't have a Christmas tree or any of the other symbols of the holiday.

"It was a mistake," Simon Malls president David Contis admitted to the Charlotte Observer, saying the glaciers will be replaced with more traditional holiday fare.

The SouthPark mall in Charlotte, North Carolina, was one of the locations to receive the new interactive display, which also featured a sound and light show. Simon had previously said in a statement to Fox46 that it hoped the new display would "refresh and modernize our holiday experience at SouthPark to keep the tradition fresh and exciting."

"Modernize" may not have been the right move for a holiday so closely linked with tradition. The "Glacier Experience" led to immediate complaints on social media as well as a petition on Change.org. It even prompted a call to boycott the mall chain.

Some just didn't like the appearance of the display, saying it looked more "Star Trek" than North Pole.

It looked like Santa in Space to me https://t.co/TJZ5RUdDSe

Looks like Santa needs a "Fresh and Exciting" space suit to match the new "Glacier Santa" experience at SouthPark. pic.twitter.com/ABJ9Jdb0MY

One family sang about the lack of a Christmas tree:

Others accused Simon of being "politically correct" by removing a Christian symbol of the holiday season:

However, the practice of decorating a tree during winter holidays actually has pagan origins, and many early Christians were hostile to using them for celebrations as a result, according to ChristianHistory.net.

While Christians in some areas decorated trees in the Middle Ages, History.com said Christmas trees as we know them today were popularized in 16th-century Germany.

In any case, trees are now returning to Simon Malls as images on social media showed the glaciers being dismantled:

"It's good that they're listening to us, and our message is being heard," Jessica Juzwa-Rudin, who had organized a petition to bring the tree back to Roosevelt Field Mall on Long Island, told Newsday.

Others say the reaction was a little over the top:

PHOTO GALLERY
Santa Photos That Did NOT Go As Planned
Download
Calling all HuffPost superfans!
Sign up for membership to become a founding member and help shape HuffPost's next chapter
Join HuffPost 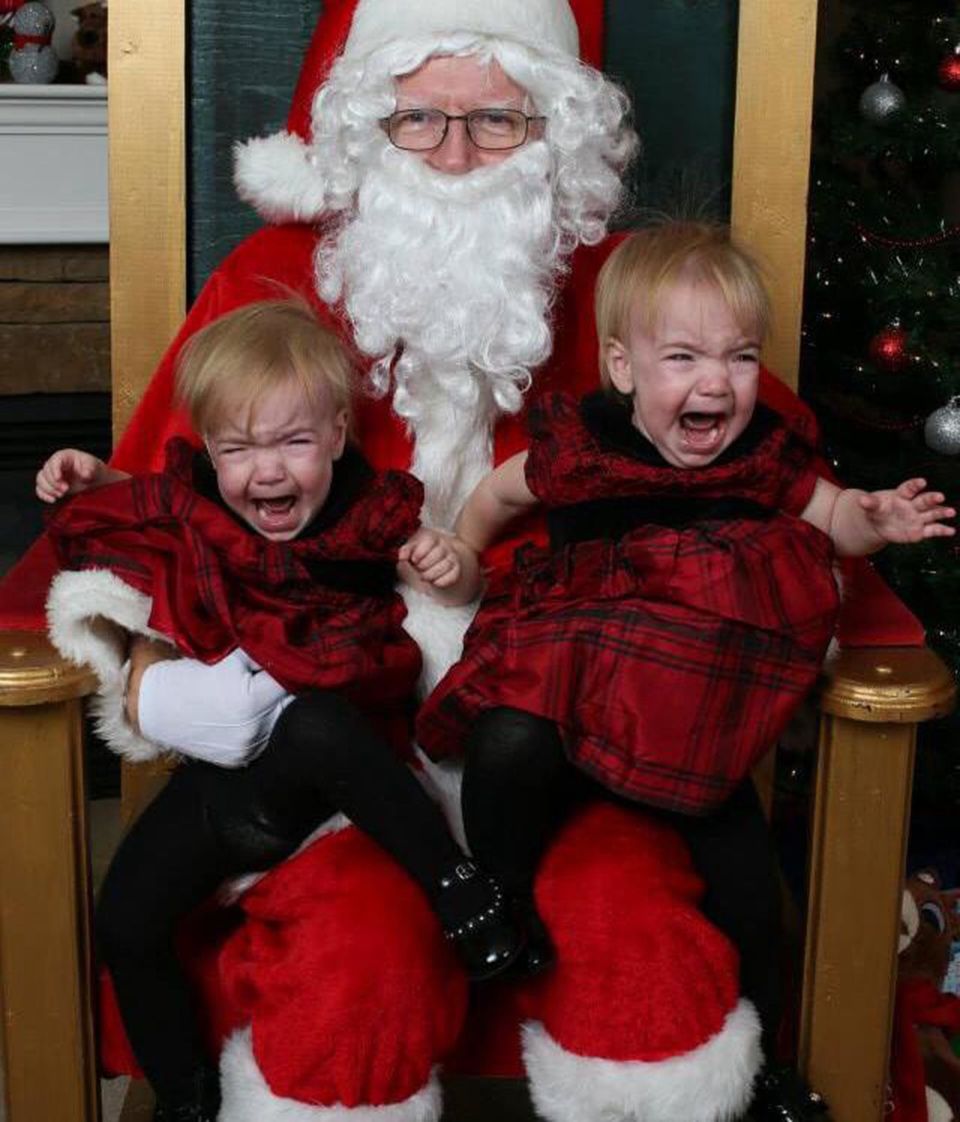