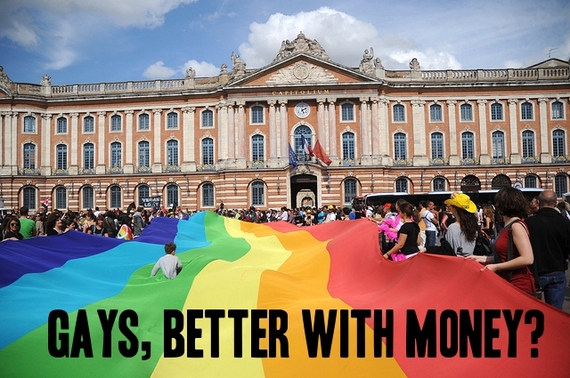 Profligate spender or pink penny pincher, where do you fit in?

Are gays really better with money?

Numerous studies report that in general LGBT Americans earn more and carry less debt than the general population. But does this mean we are actually better with money?

Statistics can be tricky. On the one hand, you may have seen some of the studies that say "Gays are better with money" (Prudential, Census Bureau, Experian). On the other, there are polls that show that the LGBT community has lower income and lower levels of education (Gallup). Who is right? And can these studies even draw a useful conclusion from the data?

When it comes to being gay, there really is no such thing as 'average'; there's just way too much diversity among us for that to be remotely possible. But with any statistical monetary median there are people who rise above while others fall below. For every uber-earner owner like David Geffen, Elton John or Tim Cook in our A-list cities, there are thousands of homeless LGBT youth struggling across this great country.

However, there is a significant urban and educated gay cohort that is more affluent than their urban and educated straight brethren of the same age. (Somebody's got to pay the armies of personal trainers who deliver all the 6-packs running around, right?) As a gay man in Southern California, I definitely enjoy many advantages when it comes to finances (beyond personally being a financial planner and having a fiscally responsible husband), while at the same time face the same challenges prevalent to our community.

Fiscal potential
It's no secret that the stereotypical 'gay' professions -- in media, the arts, design, beauty and other creative endeavors -- have the potential to pay extremely well. However it must be said that most gay individuals, as with most individuals period, have 'regular' jobs in decidedly less glamourous professions. So where's the gay advantage when it comes to money?

- Years of being discriminated against, and not be afforded the protections and benefits of marriage may have forced you to be proactive and take control of your finances. This may increase your odds of actually implementing a comprehensive financial plan with proper estate planning.

- As a community we are also more likely to be educated, have dual-income households, and less likely to have kids. DINK (double income no kids) couples are a financial planners dream, let me tell you. A gay couple with no children will have way more disposable income compared to a family with several children, even if both parents are working. (Estimates say it costs at least $245,000 to raise a middle class child. And if he/she goes to medical school, you can count on doubling that.)

Paying the gay way
I've noted before our community faces its own financial challenges.

Keeping up with the Gay Joneses can leave even the biggest earners among us with empty pockets. One of my previous posts "Are your Gay Friend Making you poor?" generated a response ranging from hate mail to "OMG this is so spot on."

But the stereotypical 'gay lifestyle' can be a budget buster. A consumer frenzy of first class vacations, ultra-luxury cars and fancy clothes can easily get you off track financially and have you living from paycheck to paycheck, however large. And don't get me started on the cost of gyms, Botox, plastic surgery and a million other ways we "stay young" and "healthy".

Finally, for those who do choose to have a family, adoption or surrogacy can be quite expensive even before any child rearing costs enter the picture.

Redefining success
In my opinion, making more income, and having less debt than the general population doesn't necessarily make you better at handling money. True, generating tons of dough makes you successful on the job front and having less debt is an excellent thing, but neither makes you a fiscal whiz kid either. Nor do these things mean you are rich or even financially secure for that matter.

Ask yourself who's in worse shape, a factory worker with $20,000 in credit card debt or a movie star with a $20 million dollar mortgage? For instance, I'd be willing to bet Lindsay Lohan has been more successful making money than the vast majority of people reading this piece, yet she's currently broke because her fiscal chops -- or those she hired to look after her affairs -- were not up to snuff. I'd also be willing to bet that because of this, the vast majority of people reading this piece are in better financial shape than she is.

So what is important? Repeat after me: Becoming a successful money maestro means developing a specific plan for your specific situation to reach your personal financial goals.

One of our journeys as a gay community is to claim our self-respect and assert our place in the world. On a personal level, an excellent way to put your self-respect in action is to take control of your finances and make your own world more secure and a lot more welcoming.

DAVID RAE, CFP®, AIF® is a Los Angeles-based retirement planning specialist with Trilogy Financial Services, a firm managing over $3 billion of client assets. He has been helping people reach their financial goals for over a decade. Follow him onTwitter @davidraecfp or via his website at www.davidraefp.com 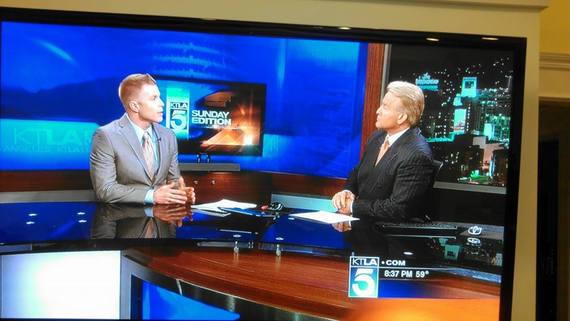