Turkey meatballs, organic Greek yogurt, fair trade coffee. It sounds like the makings of a persnickety shopper’s grocery list. But it’s just one batch of fresh food that Maximus Thaler retrieved from a dumpster outside of a Massachusetts supermarket.

According to the National Resources Defense Council, supermarkets throw away on average, $2,300 worth of out-of-date, but still consumable, food every night. It’s a wasteful practice Thaler hopes to put an end to by raising $1,500 to open a café that gives away discarded grub.

“We believe food is a fundamental right, and should be shared freely with all,” the Tufts University student wrote on his Kickstarter page.

The cafe, the Gleaners Kitchen, will offer concerts, poetry readings, lectures and one meal a day for the hungry, according to his Kickstarter page.

"The Gleaners' Kitchen is not a business," Thaler told The Huffington Post in an email. "It is not the place of commerce you might think it to be, where you pay something to get something. Our aim is not to produce commodities but to foster community. "

The group already has their food collection and distribution down pat. After digging through dumpsters, they sift through the bounty at home and determine which foods are usable. The items that are too damaged or rotten to eat are thrown out, and the salvageable stuff is washed and organized, Thaler says in his campaign’s video.

For example, they make juices from fruits and use hummus containers as Tupperware.

Thaler’s project may open up some eyes at Tufts to senseless food waste, but this isn’t the first college campus to see a dumpster diver take a major stance on recycling discarded goods.

Jeff Ferrell, a professor of sociology at Texas Christian University, is committed to scrounging for reusable items in the garbage and giving them out to those in need, Reuters reported in December 2011.

He’s given wool blankets to homeless shelters and doles out untouched prepackaged foods. 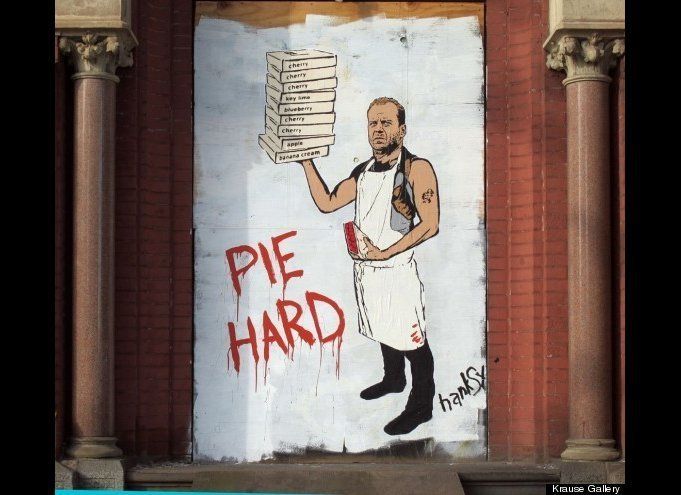