After paying tribute to Michael Jackson, "Glee" is going Spanish. In "The Spanish Teacher," (Tues., Feb. 7, 8 p.m. EST on Fox) Will assigns the glee club a Spanish singing assignment. To help the kids out, Will turns to a night school teacher, special guest star Ricky Martin.

"Ricky was the man," Kevin McHale told HuffPost TV in a recent interview. "It was so strange having him there because we were all super starstruck. He was just the kindest, nicest and most quiet man."

The boys of the glee club had to sing a song entirely in Spanish.

"It's the opening of the episode," McHale said. "It's completely in Spanish, and it literally was the hardest thing. I don't even know if we did one take where we got all of the words right. Cory [Monteith] was like, 'You do know I'm from Canada, right?'" 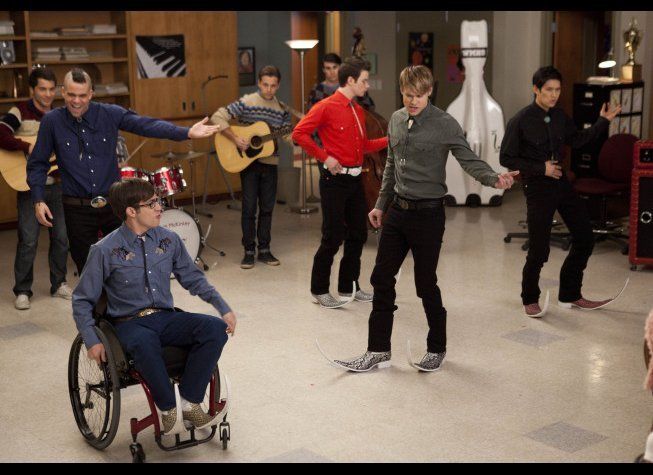