If the name of the school on “Glee” rings a bell, it might be because William McKinley High was also the setting for two of TV’s other finest portraits of teen angst: “Freaks and Geeks” and “The Wonder Years.” So, why is the 25th president of the United States such a popular namesake?

"We chose it because it was the only president's name which was legally clearable,” Judd Apatow, the executive producer of “Freaks and Geeks,” explained in an email to HuffPost TV. “We didn't realize it was used on ‘The Wonder Years.’ I assume they used it for the same reason."

Who knew? In order to help you keep the three McKinleys straight, we’ve created a handy cheat sheet. 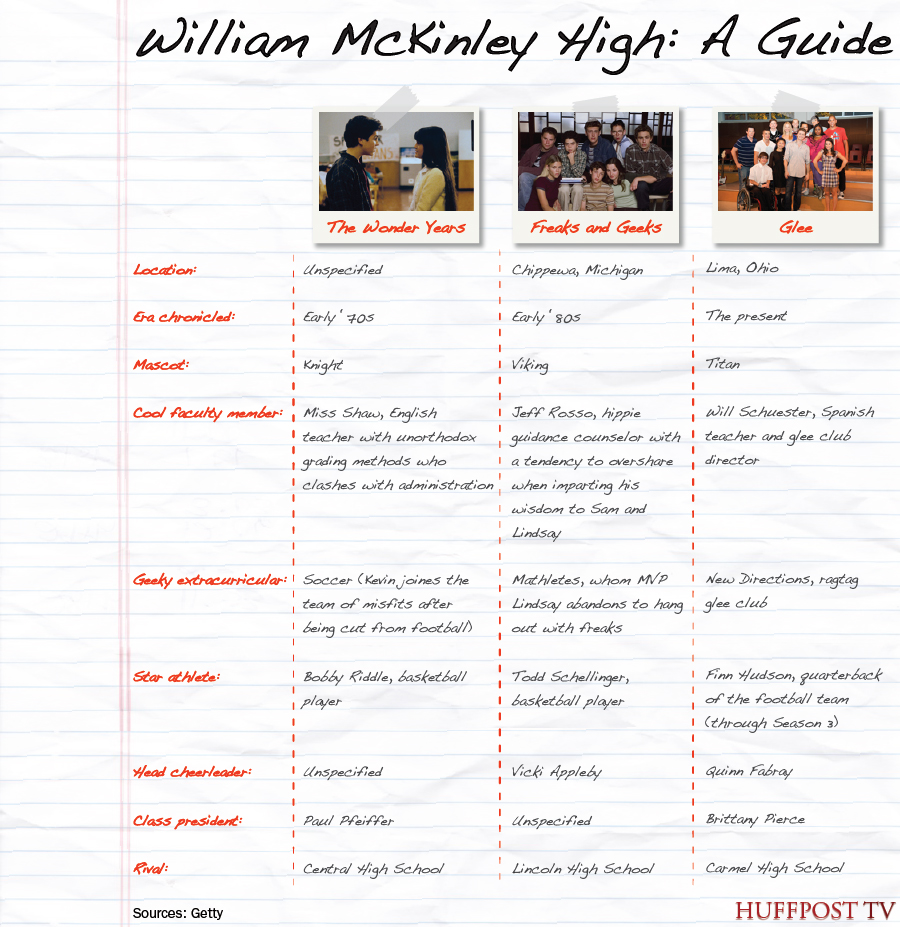