It's no secret that Joe Biden's clasp of Stephanie Carter, wife of incoming Defense Secretary Ash Carter, raised a few eyebrows during Ash's swearing in on Tuesday.

No one is more creeped out by Biden's behavior than Glenn Beck, who termed it "the creepiest thing I have ever seen."

“His wife is standing behind the podium, and Joe Biden is, like, massaging her shoulders and then whispering things in her ear. It is so disturbing,” Beck said on "The Glenn Beck Program" Wednesday, adding, “She’s trying to listen to her husband. It’s her moment of listening to her husband, and she’s got this creep on her!”

Beck's co-host Pat Gray took it to the next level, saying Biden "did everything but throw her down on the floor and get on top of her."

Biden has quite the reputation when it come to that intimate shoulder hold. Just check out Redditor MaxB176's photo collage titled "Joe Biden: Serial Whisperer," which he posted to Reddit on Wednesday. 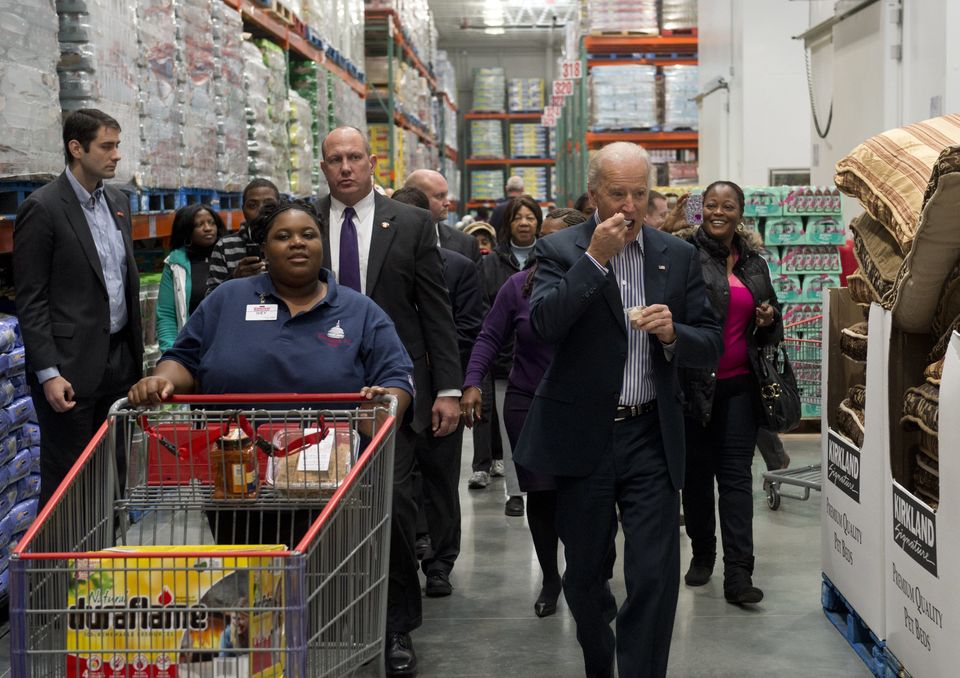