When it was announced yesterday that we will no longer be seeing Glenn Beck's face on Fox News night after night, a lot of people were left asking, "Why?"*

It's common knowledge that Glenn Beck's show was facing a major advertiser problem, but as we've said many times, there's never one reason things go awry in this world. That's why God** invented pie charts. Below we've broken down the different reasons Beck was forced to step down, so that you may have a fuller understanding of why your life has been inexorably changed***. 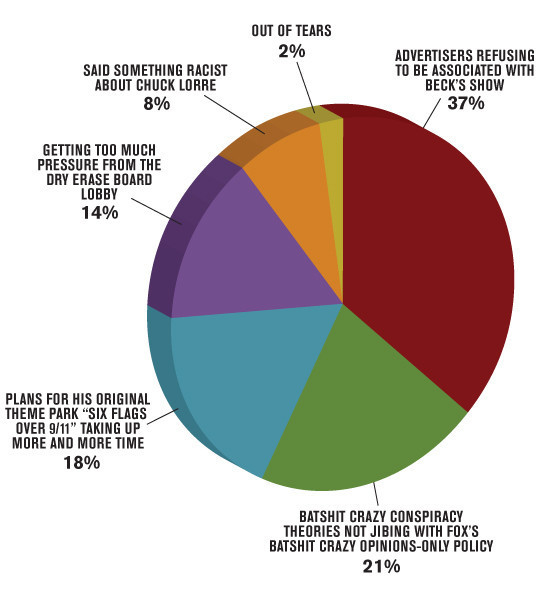 *No one actually asked this