WARNING: Spoilers below for Season 6 of "The Walking Dead."

"Walking Dead" fans lost it two Sundays ago when Glenn Rhee, former pizza delivery boy and one of the series' original humans, disappeared into a zombie horde beneath the body of Nicholas being rapidly devoured.

Because we didn't actually see Glenn perish on screen, because that episode's ending was the slightest bit ambiguous and because hope springs eternal in the collective mind of a fandom, there's been much speculation on Glenn's final fate. Did he escape unharmed? Was he bitten? Is he walker-feed?

The opening credits of this Sunday night's episode might have just made the worst-case scenario official: The actor who plays Glenn, Steven Yeun, was not listed in the opening credits for the very first time since the series began.

He really didn't make it.

Either that, or producers are having some fun trolling fans. (See? Always hope!) In any case, after that traumatic episode, showrunner Scott M. Gimple revealed during post-show discussion "The Talking Dead" that the Glenn mystery will soon be solved.

"In some way, we will see Glenn, some version of Glenn or parts of Glenn again, either in flashback or in the current story to help complete the story," Gimple said. 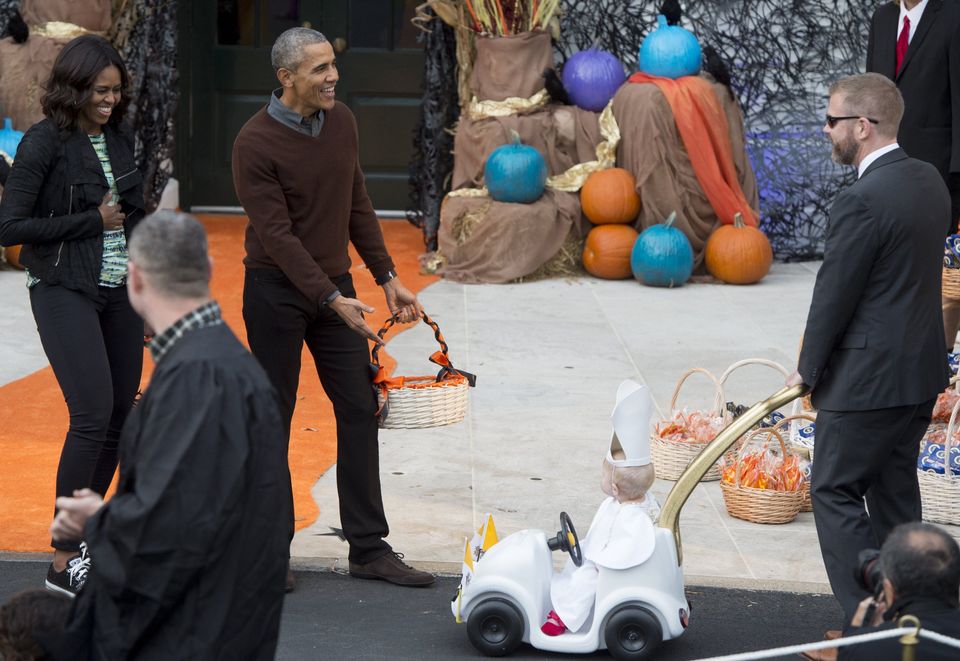 1 / 8
The Pope apparently has returned to the White House!
SAUL LOEB via Getty Images