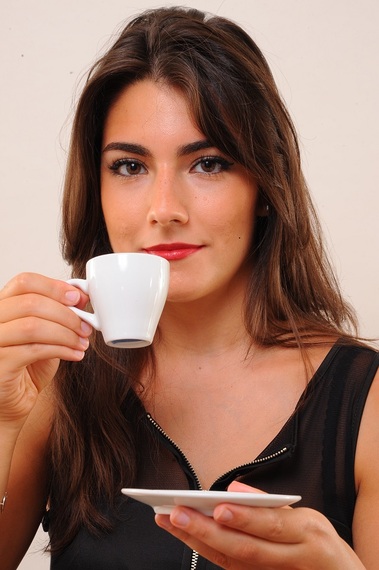 The Heads of State, Presidents, Prime Ministers and Foreign Ministers from 194 countries met at the United Nations in New York last week to commit to the Sustainable Development Goals or SDGs as the global agenda post 2015 but, as they, their Foreign Ministers, Ambassadors, and thousands of journalists and diplomats all met and drank coffee or tea at the UN, at the diplomatic missions and in luxury hotels and fancy restaurants, the value chain of the hot beverages in their cups was, and is, irrefutable evidence of what needs to change in the world to achieve the SDGs.

We need a REAL Shared Value system in global trade and not glitz at the UN or buzz in the media.

Today less than one cent per cup of coffee and tea consumed at the UN in New York, Geneva and Vienna, as in all the developed nations, helps eradicate poverty in the rural communities where they are grown, and yet all politicians from developed countries claim to be committed to the eradication of poverty. Developed nations have conceived "FairTrade", "Sustainable" and "Ethically Sourced" coffee and tea but in all of those inappropriately named "sustainable solutions" less than US$0.01 per cup helps eradicate poverty. (The amount of green coffee needed to produce a pound of roasted coffee is bought from farmers at less than US$1.30, most times at less than US$1.10. Each pound of roasted coffee yields between 60 and 75 cups and when substracting the production costs of coffee for the farmer he/she finally gets less than US$0.01 per cup as benefit)

The financial premium for growers in what they call "FairTrade" coffee is less than US$0.003 per cup -less than one third of a penny- and yet they brag and even advertise about how they are going to save the world and help achieve the SDGs with that insignificant shared value, while the added value, profits and taxes generated by the coffee and tea industries in developed nations add up to tens of billions of US dollars per year.

Even if very little is reported in the media, in contrast to all the buzz published about the Global Goals, there is a major gap between what politicians from the US, Canada, Europe and other G7 nations say is their commitment to the SDGs and what they actually do and drink. In my opinion the UN Global Goals summit of New York and all politicians from developed nations fail the most basic coffee and tea shared value tests.

It is absolutely unacceptable, because it is exploitative, that less than one cent per cup of coffee and tea drunk by: Ban Ki Moon at the UN, the Obamas at the White House, by Merkel at the Bundeskanzleramt by Cameron in 10 Downing Street, by Hollande at the Élysée Palace, by Renzi at Palazzo Madama, by Rajoy at La Moncloa, by Tusk, Juncker and Schultz in Brussels, by Abe in Tokyo, and by all kings in their palaces and by the other presidents and prime Ministers in developed nations, as well as by all other ministers and members of parliament.

The consumption value of the global coffee industry is more than US$175 billion per year. According to the OECD, net official development assistance (ODA) from DAC members totalled USD 135.2 billion in 2014. The annual consumption value of the coffee and tea industries together is nearly twice as much as the ODA from all DAC members. Sadly the coffee and tea consumed at the Château de la Muette in Paris where the OECD is based, and where the DAC members meet, also contributes less than one cent per cup to help reach the SDGs. The same is true of the coffee and tea drunk at the World Bank and at the International Monetary Fund in Washington.

As a former journalist I must say that most of my former colleagues in the media are not doing their share either. Besides their lack of scrutiny of the "sustainable solutions" and the facts and figures that really matter to end poverty, the coffee and tea consumed by most journos in developed nations also contributes less than 1 cent per cup to the eradication of poverty in the rural areas where it is produced. That is true of the hot beverages at the headquarters of: The Financial Times, The Guardian, The New York Times, the Wall Street Journal, The Washington Post, Los Angeles Times, Miami Herald, Huffington Post, USA Today, The Economist, Sueddeutscher Zeitung, Frankfurter Allgemeine, Handelsblatt, Spiegel, Stern, Bild, ZDF, ARD, Le Monde, Le Parisien, Paris Match, El Pais, El Mundo, TVE, Corriere della Sera, la Repubblica, RAI, CNN, BBC, FOX, ABC, CBS, NBC, Sky, Reuters, AP, Bloomberg, EFE, ANSA, AFP, DPA, Dow Jones, Kyodo News, Asahi Shimbun, NZZ, La Tribune de Geneve, etc. I only name a few of the most prominent news media in the developed nations but almost all must change the shared value in their coffee and tea to stop participating in the perpetuation of poverty.

If we really want to CHANGE THE WORLD, we must consume coffee, tea and everything else in partnership with those who grow it - understanding that when we do not compensate them appropriately for what they produce for us we are responsible for their poverty and their suffering. We are violating their Human Rights. We cannot rely on politicians and corporations to CHANGE THE WORLD, they profit from our indifference.

I am creating CAFÉ FOR CHANGE, CHAI FOR CHANGE and 10CentsPerCup, a REAL Shared Value system based on a transparent compensation, to help eradicate poverty in coffee and tea growing regions. My team and I believe that there are millions of consumers who want to CHANGE THE WORLD with actions, and not just words. Please join us www.CAFEFORCHANGE.ORG