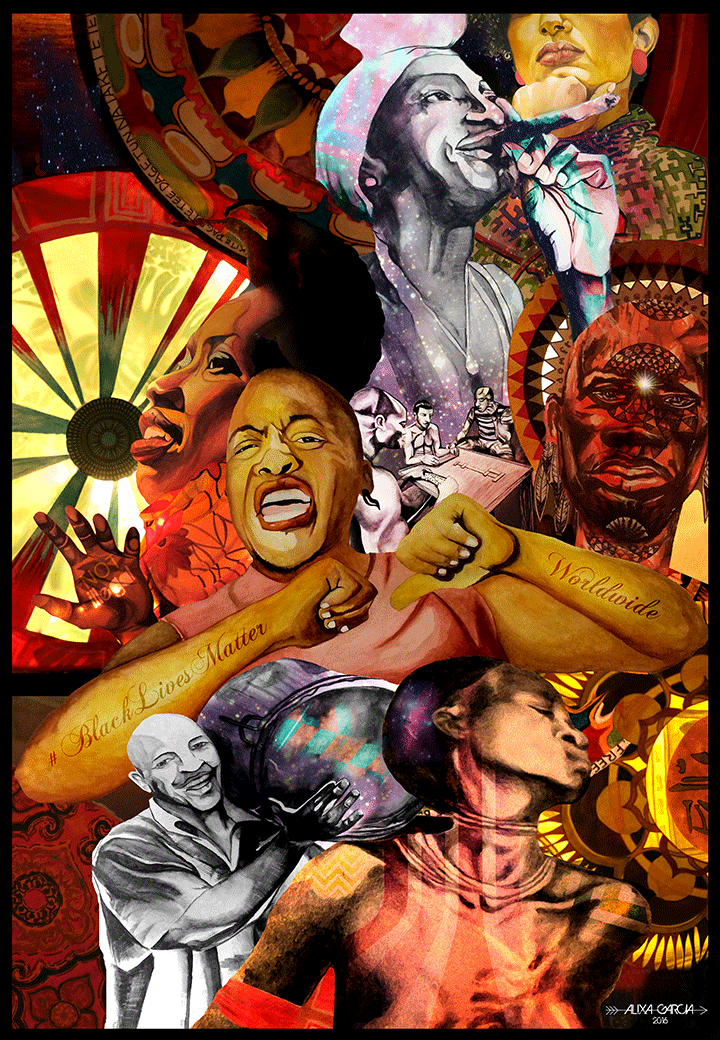 I didn't growing up knowing I was Black or having to deal with the idea of Blackness because I was born and raised in Nigeria. In a country where "Black" is the default, it doesn't need to be defined or spoken about or made a topic of discussion. I knew I was Yoruba and Nigerian for the first 9 years of my life. I did not become conscious of my color and all that came with it until I moved to the United States with my family.

It was my first time feeling that being born Black could be a liability. It was my awakening to doubt. It was my introduction to race as an influence. Through my school years, I learned more about slavery, anti-Black racism and oppression in the US, and my Blackness could no longer be an afterthought. I started wearing it proudly and as my consciousness deepened, so did my love for Black folks.

Through the struggles, I see so much beauty, and the grace of melanin cannot be overstated. Plus, the work it does to keep us from cracking deserves all the praise. We stay looking 25 at 50 years old, thanks to the gods of moisturizer, shea butter and noir blessings! But most importantly, I am heartened by the connection of Black people everywhere.

Being a global citizen and lover of travel has recently taken me to over 20 countries so far, and one thing that always moves me is how I see home all around me.

You can go to Brazil and find natives speaking a language close to Yoruba. You can be in Ghana and see someone who looks like someone you know in Chicago. My Trinidadian friends can suck their teeth in a way that makes me think of my Mom doing the same. Some of my Black American friends look like my cousins, betrayed by those high cheekbones that won't quit. I can go to a club in Nigeria and listen to Hip Hop and R&B. The way we move, the foods we eat, and our power connects us, and I carry that with me and it finds me wherever I go.

Similarly, our struggles are also parallel across the Black diaspora. As we hail #BlackLivesMatter in the United States, our skinfolks elsewhere are having to do the same, in different fights.

I was in South Africa in September 2014 and I had to visit Nelson Mandela's house in Soweto. The system of apartheid there has countless parallels to Jim Crow in the United States, so that was an important site to learn and take it all in. However, my most notable moment happened when I went a few blocks down to visit the Hector Pieterson Museum.

In 1976, South African students were protesting the new mandate that Afrikaans (a Dutch-based language) would be what they used to teach in school. Police came and shot in the crowd, killing 200 students and 13-year old Hector was one of the first people killed. He became the symbol for the injustice that happened there. In that museum, I was stunned when I stood in front of a picture where protesters held up signs that said "Don't Shoot."

40 years ago, on the other side of the world, Black people used the same phrase we used in Ferguson, after Michael Brown was killed. I was stunned. Across the globe, we have to fight to have our full dignity recognized and our humanity acknowledged. In that moment, I felt more connected to Blackness as a whole. Our struggles are interchangeable no matter what languages we speak or where we call home. #BlackLivesMatter here, and in Haiti, and in Sudan, and in Cuba, and everywhere.

And we fight until we turn our trials into advancement. Why? Because Diasporan dopeness won't let us quit. We are manifested from ancestral excellence and we cannot be outdone. Being conscious of Global Blackness is knowing that we are not an island of our struggle, but a nation of our triumphs. That's Blackness to me.