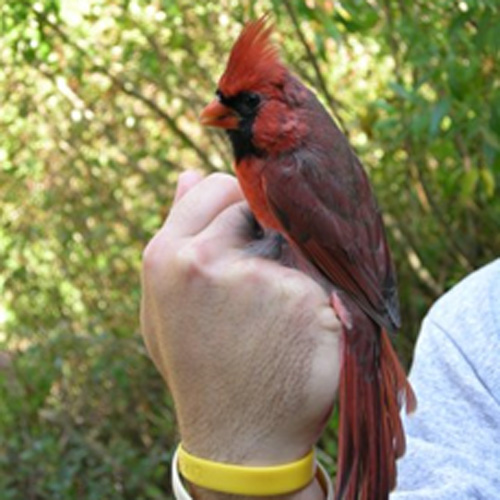 "Because songbirds widely disperse Lyme disease vector ticks transcontinentally, one does not have to frequent an endemic area to contract Lyme disease. People can contract it in their own backyards." -- John D. Scott

Lyme borreliosis, anaplasmosis, ehrlichiosis, babesiosis, Rocky Mountain spotted fever, Bartonella, tularemia, and more recently, Borrelia miyamotoi (a distant relative of Lyme borreliosis) are recognized tick-borne infectious diseases in the United States, among which the Centers for Disease Control and Prevention (CDC) claims Lyme disease is the most common and fastest growing illness. The CDC has very specific criteria for the diagnosis of Lyme disease, which includes a tick bite, a positive Lyme test (laboratory evidence), a bull's eye rash, and exposure in an endemic area. In 2009, the CDC reported 29,959 Lyme cases, up 216% from 1991. Many Lyme patients do not meet the CDC's controversial criteria for diagnosis. Additionally, disagreements on the definition and treatment of Lyme disease have spurred decades of bitter debate between the medical community and victims. However, most researchers and Lyme experts agree that the number of people infected in the U.S. today is five to ten times higher than the CDC figures. 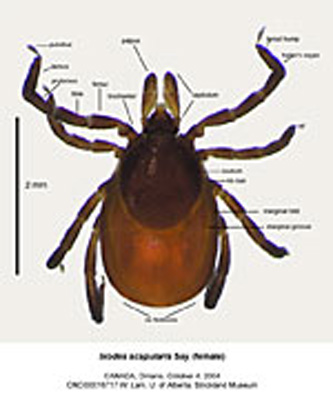 "A tick that carries Lyme disease in addition to Babesia would be expected to transmit a disease that is more serious than a case of Lyme disease by itself."
-- Felix and Janet Sperling

What is the annual incidence of Lyme disease in Canada? How easily do you think this disease can be spread to any part of the world?

Nick Ogden: In 2011, there were 258 cases reported to the Public Health Agency of Canada. These include cases that are EM (rash) only without serological test results (which are uninformative in early Lyme) as long as there is exposure to an endemic area. As for most notifiable diseases, there will be some degree of under-reporting. As we gather more information, we will be able to better understand the level of reporting.

Lyme disease cannot easily spread to other parts of the world because of the way the disease is spread, which is through the bite of certain types of ticks. These ticks need to be present and established for there to be an ongoing risk from the disease. By attaching to migratory birds, infected ticks can travel outside locations where breeding populations are established. However, unless the habitat they are transported to can support breeding populations of ticks, the risk to humans of becoming infected with Lyme disease in those areas remains low.

Jim Wilson: We have no accurate records as it only became a reportable disease nationally in 2010, and even now the record keeping is very sporadic. Physicians in Canada are very afraid to diagnose Lyme disease because they all have heard that any doctor who has become known to be Lyme literate has either had to return their medical license or stop seeing Lyme patients altogether. Physicians coast to coast tell patients to leave the country to get proper diagnosis and treatment.

Any records given as evidence of prevalence would be very inaccurate in any instance because current Canadian tests follow the US CDC surveillance criteria as per the Infectious Disease Society of America, which impose tests that only incorporate Borrelia burgdorferi (Bb) strain B31, despite the evidence published by the Public Health Agency of Canada (Dr. Nick Ogden) and by Canadian researcher John Scott that we have a wide diversity from within the Borrelia genus occurring in Canada. Bb B31 is an east coast USA strain and is a tick derived strain, and the tests are not capable of picking up strain N40, 297 (a human derived strain used by Igenex in California in their lab tests), nor are they capable of detecting any Borrelial species far enough removed on the genetic scale from Bb B31, of which we have many of in North America. 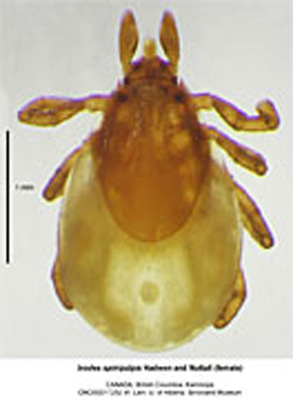 "Physicians coast to coast tell patients to leave the country to get proper diagnosis and treatment." -- Jim Wilson

Would you comment on the annual incidence of any of the other tick borne illnesses that are endemic in Canada in addition to Lyme?

Nick Ogden: Although less common, blacklegged ticks can transmit a variety of other diseases in addition to Lyme disease (such as human anaplasmosis, babesiosis, powassan encephalitis virus, a new strain of ehrlichiosis caused by a bacterium similar to Ehrlichia murisand disease associated with infection of the sprichaete Borrelia miyamotoi).

Jim Wilson: We have no idea because testing is infrequent and discouraged in most provinces, using the ridiculous, circular reasoning that we have few positive cases, so why waste money testing. This is the same logic they use to determine whether a positive screening test is a true or false positive.

What tests are currently available or in development that you believe will reliably identify Lyme disease and diseases triggered by it?

Nick Ogden: Lyme disease is diagnosed using a two-tiered testing method, which includes an ELISA screening test followed by a confirmatory Western blot test. The two-tiered testing method is used because together the two tests offer more accurate results. This approach is the best laboratory method currently available for supplementing clinical information on Lyme disease and is the gold standard recommended by US and Canadian public health organizations.

All laboratory tests have a margin of error and the Agency recommends that Lyme disease should be diagnosed clinically first and foremost with support from laboratory testing. 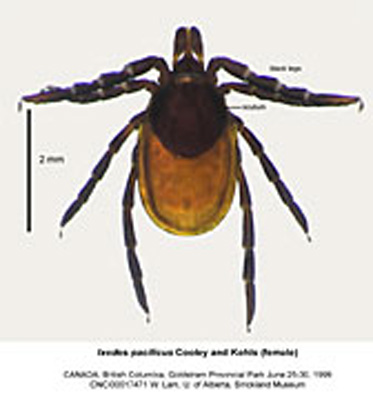 "All laboratory tests have a margin of error and the Agency recommends that Lyme disease should be diagnosed clinically first and foremost with support from laboratory testing." -- Dr. Nicholas Ogden

It is recognized that some patients who have genuinely suffered Lyme disease, and have received appropriate treatment, may suffer chronic debilitating symptoms of unknown cause. This condition has been termed Post Lyme Disease Syndrome (PLDS), which is not responsive to antibiotic treatment.

Jim Wilson: It absolutely exists and is definitely the cause of other diagnoses either directly or indirectly. As you likely know, spirochetal bacteria and multiple sclerosis go back a long time (1911 as far as I recall).

John Scott: I have focused on the source of Lyme disease in nature in Canada. Since 1991, I have conducted several studies targeting ticks collected from avian and mammalian hosts because my goal is to find the natural sources of the Lyme disease bacterium, Borrelia burgdorferi. During our nationwide, tick-host studies, we have found 6 different species of ticks that carry and transmit B. burgdorferi. Overall, I have identified 37 different species of ticks, and published 14 peer-reviewed, scientific articles. Notably, we have found divergent strains of B. burgdorferi and, ultimately, these diverse strains can affect the results of serological screening for Lyme disease in patients. Because songbirds widely disperse Lyme disease vector ticks transcontinentally, one does not have to frequent an endemic area to contract Lyme disease. People can contract it in their own backyards. Therefore, visiting an endemic area should not be part of any Lyme disease guidelines for a person who should be reported as a human Lyme disease case.

Janet and Felix Sperling: Our research is focused on describing the full spectrum of bacteria that are found in the ticks that carry Lyme disease (Borrelia). Based on Next Generation sequencing techniques, we're able to census the bacteria in a single tick. In collaboration with professor Vett Lloyd of Mount Allison University in New Brunswick and professor emeritus Reuben Kaufman of Saltspring Island British Columbia, and with support from our Brazilian colleagues Karina and Marcelo Brandao, and technical support from the Molecular Biology Service Unit at the University of Alberta, we have very promising preliminary results that show that Ixodes ticks in Canada carry a wide variety of many dozens of genera of bacteria, not just Lyme disease. Since we can now look at the bacteria simultaneously, we can also describe interaction effects. For example, a tick that carries Lyme disease in addition to Babesia would be expected to transmit a disease that is more serious than a case of Lyme disease by itself. With the techniques being used by Felix's lab at the University of Alberta, we can quickly determine how many bacteria are found in a particular tick. Canada is currently experiencing an expansion in the range of Lyme disease so we're at a tipping point in the ecology of the disease that is crucial to study carefully from multiple angles. 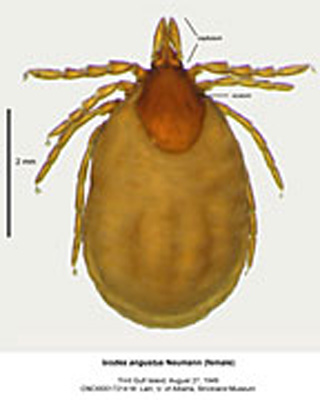 "The highest priority for research is better diagnostics. Equally importantly, we need improved diagnostics for co-infections. Unless we can determine which bacteria we need to treat, we're sailing in uncharted waters." -- Felix and Janet Sperling

Janet and Felix, on what research do you believe scientists around the world must give priority in order to better treat patients suffering from tick borne illnesses?

Janet and Felix Sperling: The highest priority for research is better diagnostics. At this point we have no accurate way to determine if someone is suffering from Lyme disease or a disease similar to Lyme disease. Equally importantly, we need improved diagnostics for co-infections. Unless we can determine which bacteria we need to treat, we're sailing in uncharted waters. The techniques we're using with the ticks can potentially be applied to human tissues so this could be a good way to see which bacteria are found in the tissues of people who suffer from Lyme disease.

Jim, what do you believe have been the benefits of raising awareness on a global level?

Jim Wilson: It motivates people and validates what they see occuring in their own country. It also raises the eyebrows of those elected officials in each of our countries who can then see that perhaps what they are hearing from their respective countries' bureaucrats isn't necessarily what is the reality of Lyme at the patient and general practitioner level. 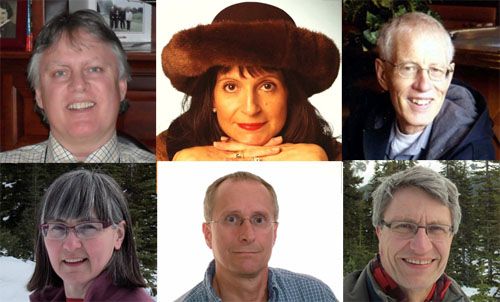