SINGAPORE -- There's no better way to score points for gravitas in today's media than claiming that the world is falling apart. Just say on air that, "This is the most dangerous time since the peak of the Cold War," and witness your star rise. But such talking heads are responding to yesterday's news and extrapolating the worst scenarios, whereas the underlying trends seem in fact to point in a very different direction.

If you want to understand the world of tomorrow, why not just look at a good map? For my new book, Connectography, I researched every single significant cross-border infrastructure project linking countries together on every continent. I worked with the world's leading cartography labs to literally map out what the future actually -- physically -- will look like. It turns out that what most defines the emerging world is not fragmentation of countries but integration within regions. The same world that appears to be falling apart is actually coming together in much more concrete ways than today's political maps suggest. Major world regions are forging dense infrastructural connectivity and reorienting their relations around supply chains rather than borders. A peaceful world may emerge as a collection of such stable regions and continents.

Follow the lines of connectivity on these maps to see how the Humpty Dumpty world is putting itself back together again -- much better than before.

China leads the world not just in domestic but also international infrastructure investment. America sells the tanks; China provides the bulldozers. Nowhere is this more visible than on China's periphery (China has more neighbors than any other country in the world). Launched in 2015, the Asian Infrastructure and Investment Bank is the largest coordinated infrastructure spending program in human history. It is constructing a network of "Iron Silk Roads" stretching from Shanghai to Lisbon.

Despite the territorial tensions between China and Russia, India and other neighbors, all have bought into the AIIB mission (India is the second largest shareholder). World War III is predicted to break out among Asia's rival great powers, but thanks to these new Silk Roads, Asians are focused more on connective pipelines and railways than divisive borders. 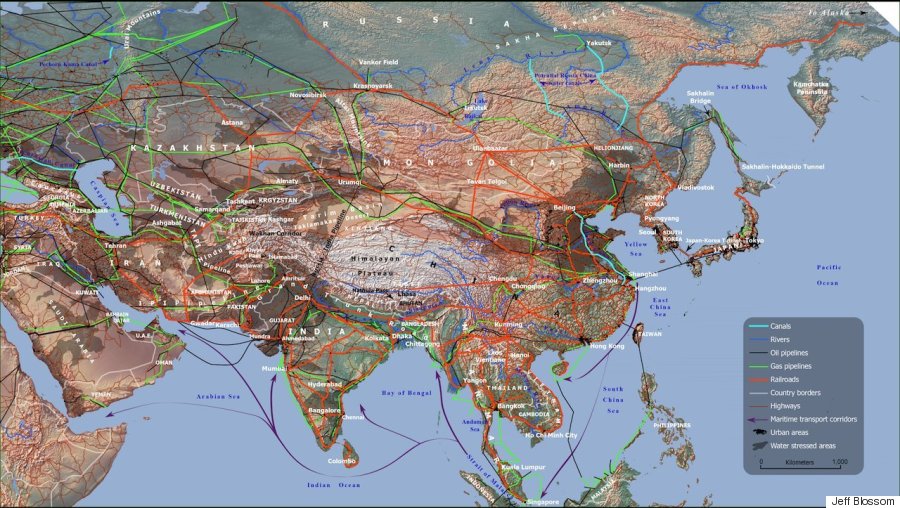 The same process is unfolding to China's south in the Association of Southeast Asian Nations region. Post-colonial countries have spent generations since World War II engaged in bitter nationalist struggles and hostilities with their neighbors -- not to mention suffering Cold War-related interventions such as the Vietnam War. But today, Southeast Asia has become the leading example of a new generation of leaders burying the hatchet and evolving towards a European style regional model. Chinese-financed railways are planned linking Kunming via Laos and Thailand through Malaysia to Singapore, while trade corridors will connect Myanmar to Vietnam.

ASEAN's free trade area has been upgraded to an economic community of free labor mobility and open investment, while industrial and agricultural supply chains are increasingly integrated. With just 650 million people, ASEAN has a larger GDP than India and attracts more foreign direct investment than China. Not surprisingly then, despite disputes over South China Sea islands, ASEAN countries prefer to maintain this momentum rather than rock the boat. 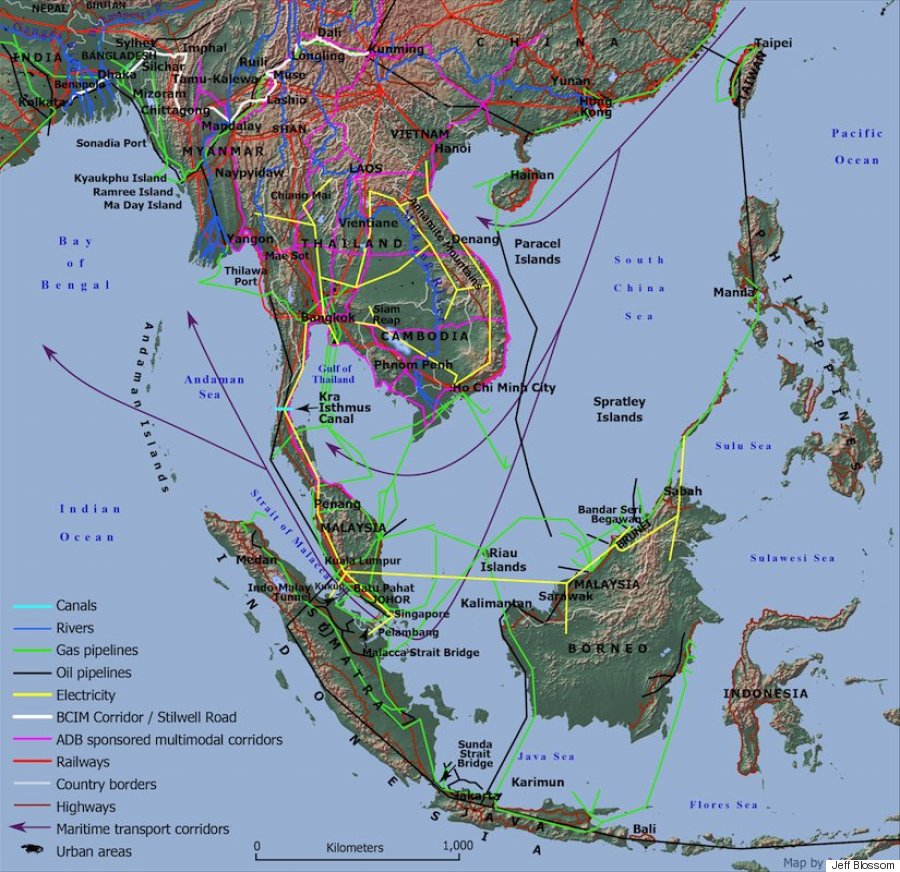 Donald Trump won't like this map, but it is a reminder that North America is in fact evolving into a unified mega-continent of shared resources and prosperity, with Canada a strategic player in the opening Arctic and Mexico one of the world's fastest growing economies. The lines that matter most on the map are certainly not the U.S.-Canada border along the 49th parallel or the U.S.-Mexico border running along the Rio Grande River, but rather the dense network of highways, railways, pipelines and electricity grids tying this North American Union together.

Canadian water may one day solve California's drought, and Mexican factories are keeping American carmakers competitive. The U.S. should be grateful for neighbors like these. Pax Americana hasn't worked out on a global scale, but it can certainly make the North American continent greater than the sum of its parts. 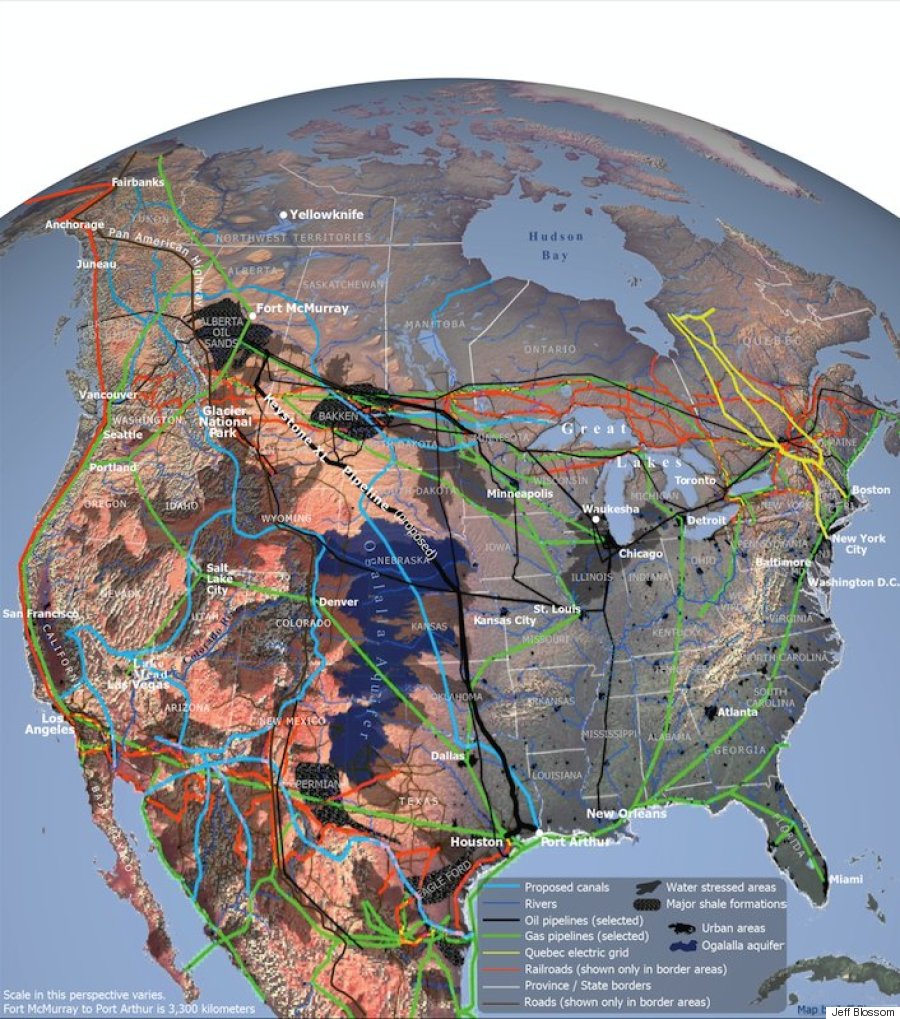 South America's dozen or so nations are generally at peace with each other. Recent years have also witnessed clever breakthroughs in thinking beyond political boundaries, like Peru allowing landlocked Bolivia to build a port on its own Pacific coast at Ilo. The next phase of Latin integration involves continent-spanning transportation corridors to give Brazil more efficient access to the Pacific Ocean and integrated power grids to reduce energy costs for the continent's teeming coastal cities. With the Pacific Alliance countries stretching from Mexico to Chile now growing faster than Brazil, the time is ripe for South America to further integrate and become greater than the sum of its parts. 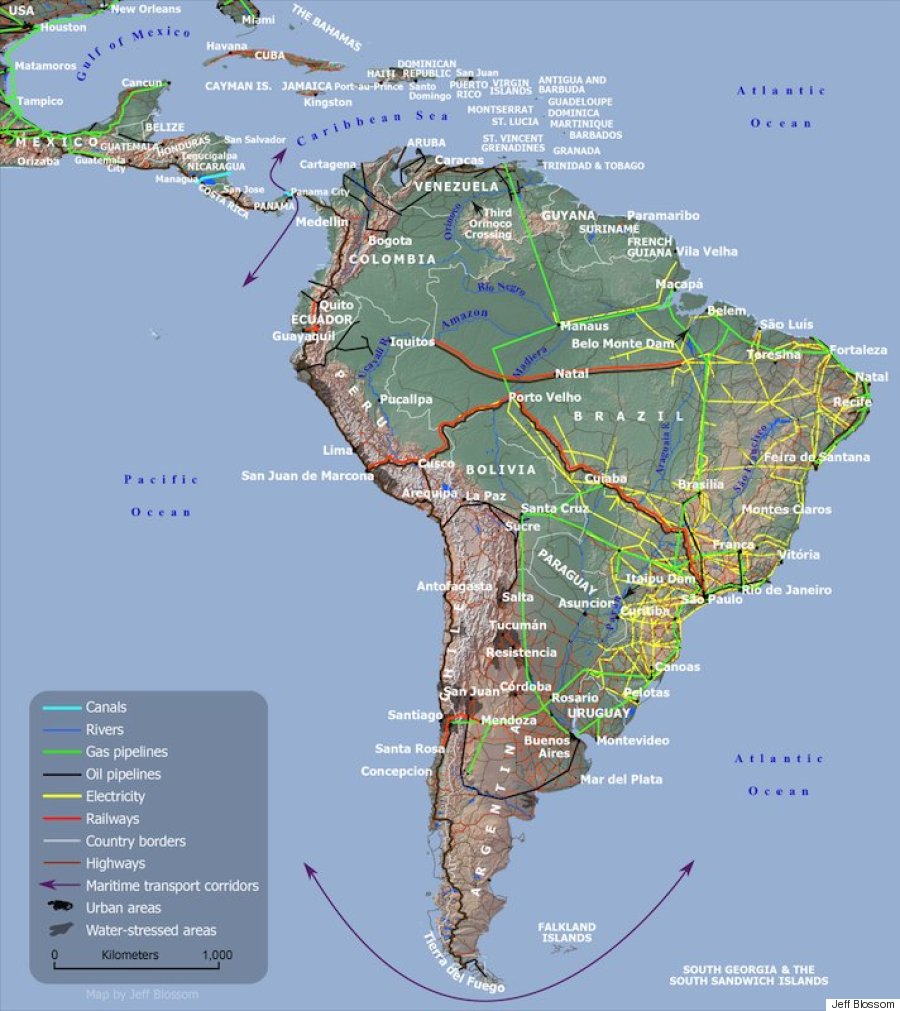 No continent suffers more colonial scars than Africa, with more than 50 countries and the most landlocked nations in the world. Though it will be a long time before Africa coheres into more than a collection of subregions, the populous East African Community is earning a reputation as the "Benelux" of Africa (after Belgium-Netherlands-Luxembourg, the countries consistently pushing European integration since World War II). Multi-modal corridors, gas pipelines, electricity grids and other infrastructures are giving landlocked Rwanda, Uganda and South Sudan access to the Indian Ocean.

With Kenya and Ethiopia as the two anchor economies, EAC countries are now coordinating their investment promotion strategies and utilities industries, finding ever more ways to agglomerate and become more attractive as a market of 250 million citizens. Heavy Chinese support for regional infrastructure is gradually unscrambling the European colonial era map and enabling a much more productive African geography in the 21st century. 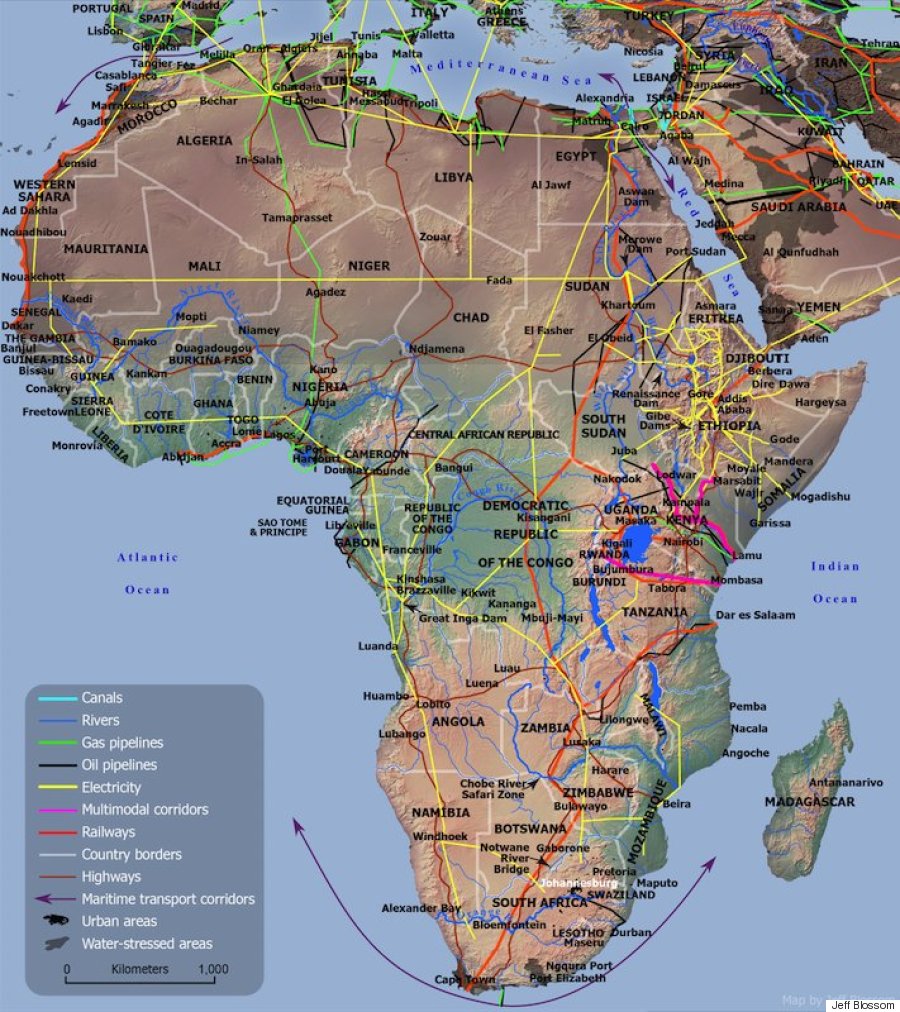 I've saved the toughest for last. The Arab world is a long way from becoming a Pax Arabia. Things may still get worse before they get better. But as the colonial-era Sykes-Picot map crumbles precisely a century after it was created, this is certainly the map Arabs should aspire to build. Indeed, alongside South America, the Mideast is the most urbanized region of the world. States are not its natural unit; cities are, such as Tunis, Cairo, Alexandria, Beirut, Jerusalem, Damascus, Baghdad and others. Each of these is either water-rich or water-poor, energy-rich or energy-poor.

Wars and terror won't correct these mismatches, but more pipelines, water canals, electricity grids and other infrastructures can. The Gulf countries such as Saudi Arabia, Qatar and the United Arab Emirates can finance this productive connectivity, while the down-and-out Arab youth joining the so-called Islamic State should be the ones building it. The Arab state is finished, but this is how Arabs can put their own Humpty Dumpty back together again.

Parag Khanna is a senior research fellow at the Lee Kuan Yew School of Public Policy in Singapore and was previously a fellow at Brookings and New America. This article is adapted from his new book Connectography: Mapping the Future of Global Civilization (Penguin Random House).

Author, “Technocracy in America: Rise of the Info-State"