No matter where you go in the world, you can rest assured that your Big Mac will taste basically the same: two all-beef patties, special sauce, lettuce, cheese, pickles and onions on a sesame seed bun.

What won't be the same are the experiences of the people serving your sandwich to you. Across the world, McDonald's employees are paid vastly different wages -- from as low as roughly 50 cents per hour in India all the way up to $20 per hour in Denmark. To raise awareness for those on the lower end of that spectrum, McDonald's workers, along with workers at other fast food eateries, plan to stage protests in 150 cities across 33 countries on Thursday.

McDonald's did not respond to The Huffington Post's request for comment for the story.

Here in the U.S., protestors are fighting to raise the federal minimum wage from $7.25 per hour to $15, arguing that wages often don't even meet the basic costs of living. With the median wage for front-line fast food workers at $8.69 per hour, about 52 percent of American front-line fast food workers also rely on government assistance programs to meet basic needs, according to a recent study by the National Employment Law Project. This ultimately costs tax payers $3.8 billion to subsidize worker pay from the 10 largest fast food companies and $1.2 billion from McDonald's alone.

How does that compare to life at a McDonald's outside the U.S.? To find out, we asked workers in three countries about their experiences working at McDonald's. Here is what they said.

THE NEW ZEALAND EXPERIENCE: A Victory To Secure Hours 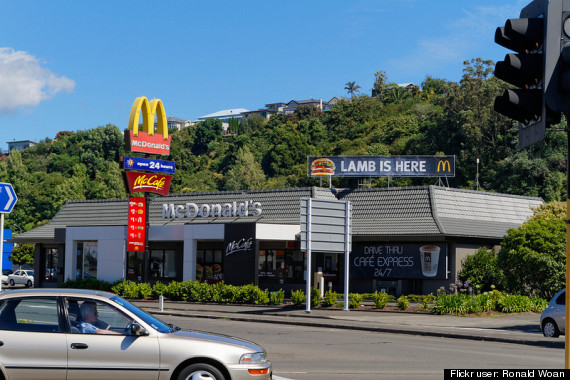 Taylor McLoon has been working at a McDonald's in western Auckland for about three years. She makes minimum wage, which in New Zealand is $14.25 NZD, or roughly $12.35 in U.S. dollars. McLoon said that organizing in New Zealand had proven successful, and that the union she's affiliated with won a battle last year with the chain to secure hours for employees.

"We didn't have secure hours," McLoon told The Huffington Post over the phone. "You could go from 40 hours one week to 4 hours the next and you’d have no protection from that."

McLoon said that she was surprised to learn that American wages are so low, especially because the cost of a Big Mac is actually five cents cheaper in New Zealand, despite their higher pay for workers.

"It was shocking, especially when America is supposedly the 'land of the free,'" she said.

THE PHILIPPINES EXPERIENCE: Supporting A Family On $1.32 Per Hour 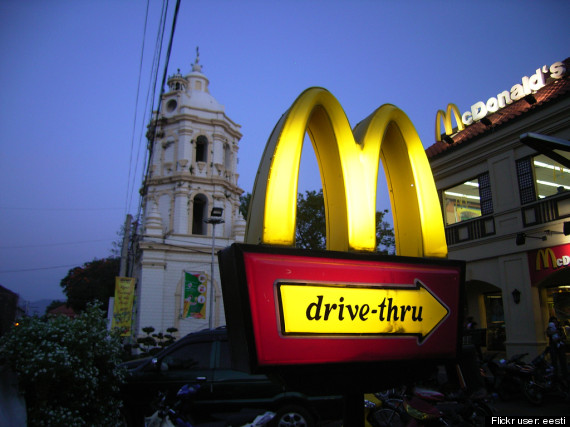 Angelica* makes $57.37 Philippine pesos per hour, or roughly $1.32, working on the service crew at a McDonald's in Quezon City. While she said it's better to work full time at McDonald's than to be unemployed, the decision was one of financial necessity: Angelica needed to support her younger siblings and dropped out of college to do so.

"When I started working, my salary was for my tuition fee, but now I cannot afford to save because even my salary cannot meet the daily expenditures of my family," Angelica wrote in an email to HuffPost. "I still need to sacrifice my dreams for my younger siblings."

Angelica said that the employees have extremely little flexibility in pushing for change at McDonald's. The management at her McDonald's is "not easy to deal with," she said, and she regularly has to work for a week straight without a day off.

While she recognizes that her American colleagues are already paid much more than she is, she understands their complaints nonetheless and stands with them.

"The strike initiated by the workers in U.S. to defend their rights and to have better working conditions and benefits as a worker is really great," said Angelica. "Hopefully, we can also do that in the Philippines."

*Angelica's name has been changed in this story to protect her identity.

THE DENMARK EXPERIENCE: Highest Fast Food Wages In The World 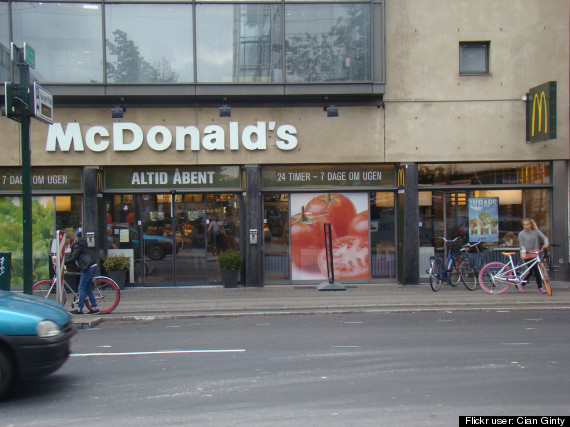 Louise Marie Rantzau works at a McDonald's in Copenhagen. Though there is no formal minimum wage, Denmark boasts one of the highest wages for fast food workers in the world. Unions secured a collective bargaining agreement with McDonald's in 1989 that has allowed workers to negotiate pay ever since, and all workers currently make about $21 per hour in U.S. dollars.

Rantzau sympathizes with American fast food workers, since many of them have to use all of their wages to support families. By comparison, she said, most workers are unmarried teenagers in Denmark. In the U.S., the median age of fast food workers is 29, more than 36 percent of workers over 20 years old have children and roughly 20 percent live below the federal poverty line.

"You wouldn't be able to pay your rent or anything [being paid $7.25]" Rantzau told HuffPost. "I believe in a world where you work to get money you actually can live with."