The January issue of National Geographic features an in-depth look at global population growth around the world. (Scroll down for video.) With the staggering figure expected to hit 9 billion by 2045, writer Robert Kunzig wonders if the planet is prepared to handle the strain, writing:

By 2050 the total number [world's population] could reach 10.5 billion, or it could stop at eight billion--the difference is about one child per woman. UN demographers consider the middle road their best estimate: They now project that the population may reach nine billion before 2050--in 2045. The eventual tally will depend on the choices individual couples make when they engage in that most intimate of human acts, the one Leeuwenhoek interrupted so carelessly for the sake of science.

With the population still growing by about 80 million each year, it's hard not to be alarmed. Right now on Earth, water tables are falling, soil is eroding, glaciers are melting, and fish stocks are vanishing. Close to a billion people go hungry each day. Decades from now, there will likely be two billion more mouths to feed, mostly in poor countries. There will be billions more people wanting and deserving to boost themselves out of poverty. If they follow the path blazed by wealthy countries--clearing forests, burning coal and oil, freely scattering fertilizers and pesticides--they too will be stepping hard on the planet's natural resources. How exactly is this going to work?

Be sure to check out the full article here, or pick up the January issue of National Geographic, on newsstands now.

View a selection of photos from the gallery below.

And watch a video report: 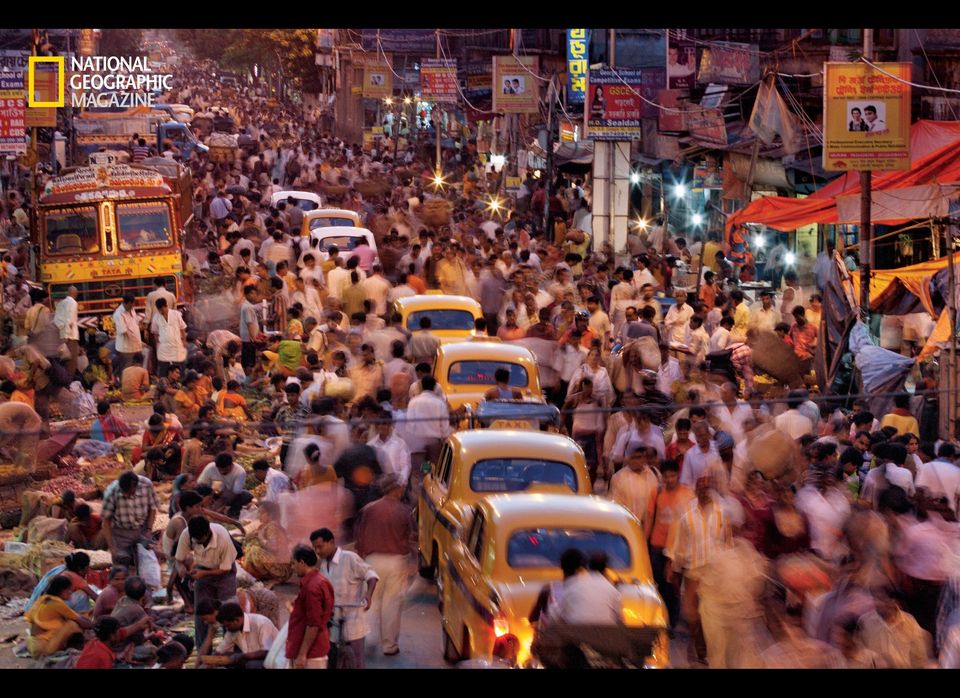 1 / 7
India
Its steaming streets crammed with vendors, pedestrians, and iconic Ambassador taxis, Kolkata throbs with some 16 million people—and more pour in every day from small towns. In 1975 only three cities worldwide topped ten million. Today 21 such mega cities exist, most in developing countries, where urban areas absorb much of the globe's rising population.
Randy Olson/National Geographic