Women comprise 70 percent of the 2.5 billion people worldwide living on less than $2 a day. In the face of statistics so daunting, it is easy to feel paralyzed for lack of a path to progress.

But the solution is here and it begins with one woman - one woman like Ana Ceclia Acuña.

In the small village of La Laguna in rural Nicaragua, Ana grew up one of eight siblings, often lacking enough to eat, working as a young girl to pay her own school fees. Ana's parents taught her a sense of independence and self-reliance, helping her to believe in herself even within a social paradigm where men led in the home, the village and the local economy.

As an adult, Ana embarked on an entrepreneurial path to support herself and her family, and opened a small business selling goods such as oil and rice. Her business grew through a series of microloans, from one of Opportunity International's trust groups, where she and 20 other determined women support each other, sharing knowledge and guaranteeing each other's loans. 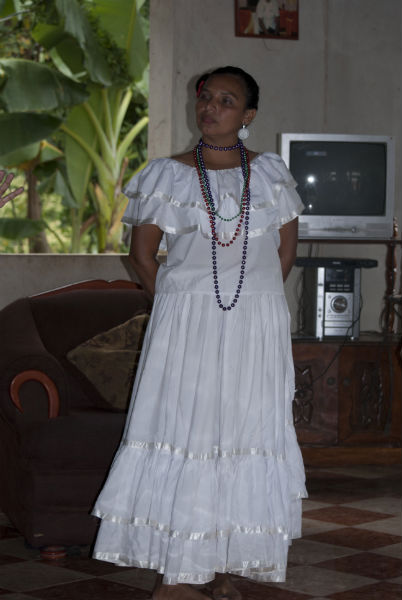 Her confidence buoyed by financial stability, Ana began to question the status quo in her community. Why should La Laguna's men and women have to travel 7km and pay US$24 a month - half the average monthly income - to fill barrels with just three cubic meters of potable water? Why can't the leaders in the community get the job done?

With Opportunity's encouragement, Ana became the first woman ever to join the La Laguna Community Cooperative and was later elected as a member of the board.

That's when things started happening. Opportunity lent the cooperative $10,000, payable over 10 years, to dig a well 600 meters deep. Then they installed piping to carry the water to each villager's home. The cooperative started with 157 homes, and later ran piping to additional homes as more money came in. Today, the water project is self-sustaining with 224 families paying $5.24 per month for eight cubic meters of water. Opportunity and the community are working together to ensure that by the end of 2013, the water pipes will reach every family in this community of 3,800 people.

Ana has recruited other women to join the board and now there are equal numbers of women and men--and even young people--solving the community's critical issues. She believes that the older board members must begin to train the younger women how to serve and lead. Approximately 20 people meet regularly in Ana's home to discuss co-op business.

Today, Ana earns US$60 a month as one of five employees of the cooperative; she is the bookkeeper and cashier. To supplement this income and her husband's earnings as a photographer, Ana prepares and sells 130 meals each Sunday for US$1.20 each. She is proud that her family no longer has to live with her mother, and has their own home. Ana can afford to pay her 10-year-old son's school fees, and looks forward to sending her three-year-old daughter to school soon.

After 40 years of fighting poverty in the developing world, we know one thing to be true: investing in women is a critical ingredient to building a sustainable financial future. When a woman is given an option to change her life, she invests 90% back into her family. As a result, she and her family prosper, breaking out of the cycle of poverty. She then looks outward to her community, growing as a leader, lifting the quality of life for her neighbors and inspiring others to join her movement to do the same.

As Gayle Tzemick Lemon wrote in a HuffPost blog this week, we must recognize that developing entrepreneurs is a proven path to lift not only the business owner, but also her family and community, out of poverty. Working in 20 countries worldwide, we see first-hand what the 2012 Global Entrepreneurship Monitor statistics show: that entrepreneurship is high in the areas of the world most challenged by poverty, and that women in some regions are matching men in their entrepreneurial activity, but that funding and training are both necessary and scarce. Opportunity's mission is to change that.

When we invest in one woman, we plant a seed and watch it grow as the woman cultivates a land of opportunity for herself, her family and her community.

Together with Opportunity International Global Ambassador Carly Fiorina, our goal is to raise $50 million by 2015 for the One Woman Initiative, to empower two million women with loans to start their own business, and plant their own seed on their land of opportunity.