Each Olympics, there's a lesser-known cultural olympics that runs parallel to the main event. Over the years, there hasn't been consistency as to how long it runs, or what the cultural olympiads in various nations feature (artists, and artistic activities, mainly). This year's event in London is said to be the "largest cultural celebration in the history of the modern Olympic and Paralympic Movements" (according to their own website). As part of the festivities, earlier this week international artist Yvette Mattern's laser rainbow projection, Global Rainbow, was flipped on in Whitley Bay, England, to celebrate London's Cultural Olympiad in the north-east of England.

According to the BBC, the rainbow, which stands for "diversity and peace," has previously been installed in Germany, France and the United States, and was first created in 2009 to celebrate Martin Luther King Day. This time around, the five colors are references to the olympic rings. The projection will shine along the North Tyneside coastline until Sunday. From there, it will spread its light to other parts of the UK. Go here for more information on London's Cultural Olympiad, and look! Pretty pictures of light below. 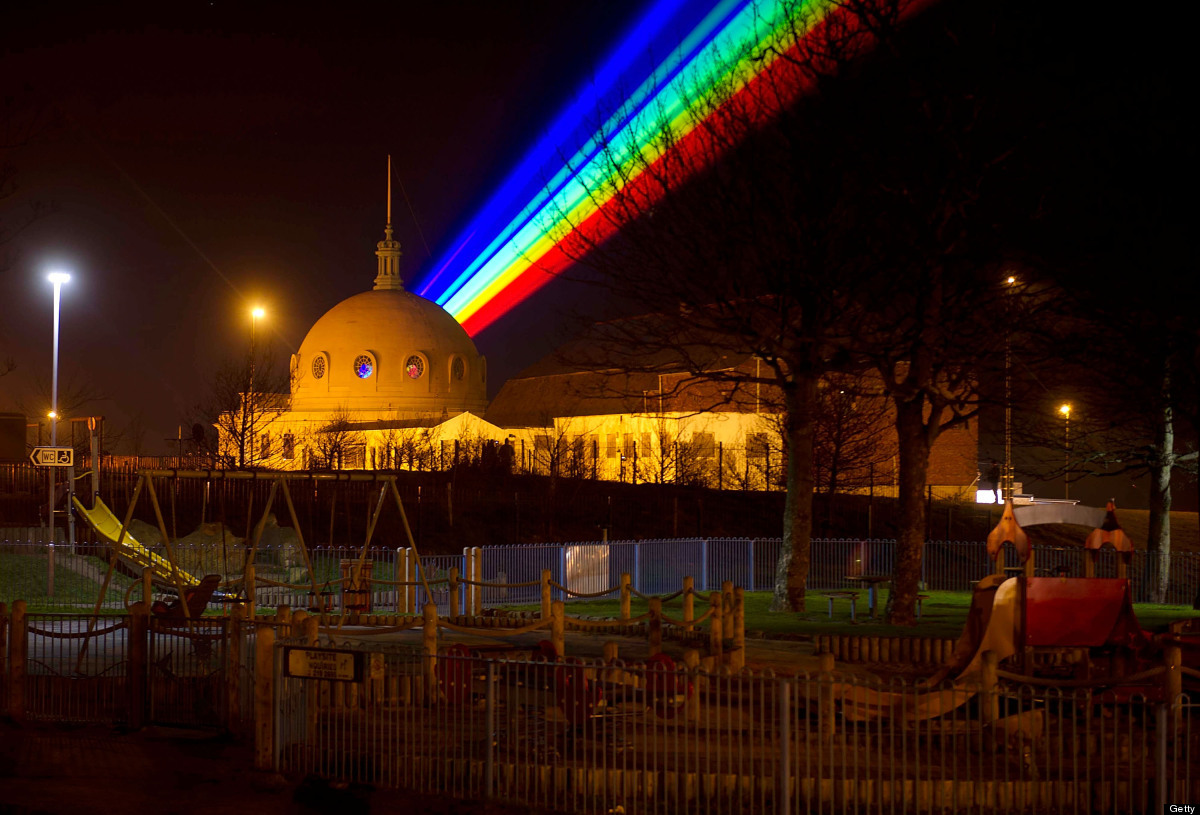 1 / 20
US Artist Yvette Mattern's Global Rainbow On Show In Gateshead
WHITLEY BAY, ENGLAND - MARCH 01: International artist Yvette Mattern shows her stunning laser rainbow projection, Global Rainbow, on March 1, 2012 in Whitley Bay, England. The light installation celebrates the London 2012 Cultural Olympiad in the north-east of England. The Global Rainbow has previously lit up the skies of Germany, France and the United States. The projection will shine along the North Tyneside coastline for 4 days, before moving to other locations in the UK. (Photo by Bethany Clarke/Getty Images)
Getty